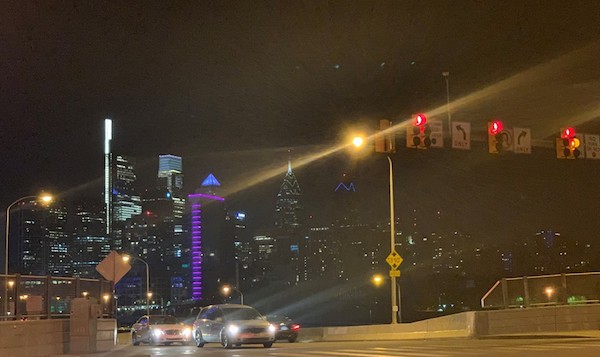 Two innocuous activities, separated by nearly 3,000 miles, ended in mass shootings last Sunday: a food festival in Gilroy, California, where three people died and 12 were injured, and the filming of a rap music video in Southwest Philadelphia, which claimed the life of one man and sent five others to the hospital in critical condition.

While both events were marred by fatal gun violence, only one of those tragedies elicited thoughts, prayers and the national news media’s full attention. Needless to say, Philly’s suffering went largely unnoticed.

The disparate acknowledgment of, and expressed sympathy for, the mass shootings in Gilroy and Philadelphia was not a mere oversight. Rather, it was the result of the soft bigotry of low expectations.

In other words, Philadelphia is the poorest big city in America with a population whose majority is nonwhite. And, as such, rampant gun violence is presumed. Whereas, Gilroy is a mostly White town of nearly 60,000 people, a description which might cause most Americans to assume that the occurrence of crime is rare.

Recommended Listening: Can Philly Ban Guns from Parks and Playgrounds?

But while Gilroy’s murder rate comes nowhere close to that of Philadelphia’s, the Northern California city isn’t hardly immune to transgressions.

According to NeighborhoodScout.com, which analyzed FBI data on the city’s violent crime, Gilroy is not one of the safest communities in America. In fact, relative to California, Gilroy has a crime rate that is higher than 82% of the state’s cities and towns of all sizes. Too boot, FBI data found that Gilroy has one of the highest rates of motor vehicle theft in the nation.

But none of the aforementioned facts about Gilroy deterred Americans from offering condolences. Even 2020 presidential candidates extended their sorrows and demanded action.

“We must take action, starting with real reform. Our thoughts are with everyone in Gilroy this evening. Enough is enough,” a Sunday night tweet from former U.S. VP Joe Biden read in part.

“It just keeps happening in our country and these families are right now in deep pain. And so, I just want to express my sorrow to them,” Senator Kamala Harris told reporters in Detroit on Monday.

The candidates, and everyone else who publicly sympathized with the residents of Gilroy, were right to do so. Gilroy deserves the love.

But Philadelphia deserves love, too.

The families in Philadelphia impacted by Sunday’s mass shooting are hurting just as much as those in Gilroy. The fact that its Black men dying, often at the hands of other Black men, doesn’t strip the deceased and their mourners of humanity. And while “thoughts and prayers” have become cliché, what does it say about how Philly is viewed, that the city’s distressed residents couldn’t even garner a mere platitude?

Thanks for reading! Until next time, I’m Flood the Drummer® and I’m Drumming for Justice!™
—

Photo Courtesy of the Author