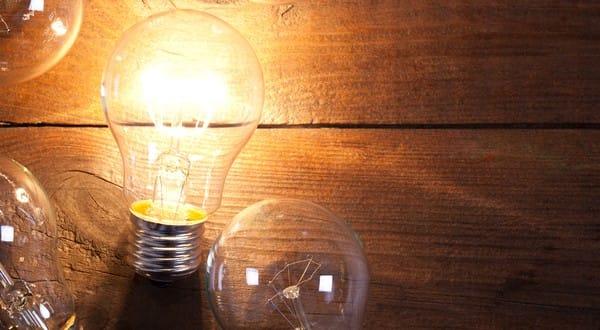 The purpose of an open mind… is like the purpose of an open mouth: that it might be shut again on something solid. Yes, we must be free to ask questions. But when we hear a good answer we must be prepared to recognize it as such, and not be so keen on keeping all the questions open that we shy away from an answer because we so like having an open mind. That is the way to intellectual, as well as spiritual, starvation.

So much for the Cult of the Open Mind, which in its purest essence is nothing more than the admission that one has lived a life without learning a thing or arriving at a conclusion.

In one form or another, I hear people suggest that an “open mind” is somehow superior to possessing an opinion or embracing a principle. The only times that’s true, in my view, are when an opinion or a principle is knee-jerk, poorly considered, illogical, untrue, or unfounded.

Does the sun come up in the east or in the west? It’s not a sign of wisdom to claim your mind is open on the matter and then wait around to see what happens each morning.

Opinions and principles are connected, or at least they ought to be. Principles are foundational, and opinions are based at least in part upon them. So think of principles as first, opinions second. Principles are rule sets, guidelines, fundamental truths. They include axioms, morals, ideals, laws of nature and human behavior, and even the bedrock physical principles of the universe. You have an opinion on something because somewhere along the way you’ve adopted, consciously or subconsciously, a principle or two. Another word for principle is conviction.

This doesn’t mean that one’s principles must necessarily never change. When truth or new evidence (not simply the prevailing winds) suggest it strongly enough, we should change them. In that sense, I suppose, our minds should always be “open,” but that’s no reason to sit on the fence in the meantime.

To date, our senses and the information they gather inform us convincingly that vegetables are good for our health. We act—and consume—accordingly. No one in his right mind would say that he’s so open to the contrary view that vegetables might someday be found to be bad for us that he’s not going to take a chance and eat some now. So we embrace the principle that vegetables are good so far as we presently know. We eat them and then form opinions as to which ones are more pleasing to our palates.

“If you don’t believe in something, you’ll fall for anything.”

The above examples come from the physical sciences, where evidence and proof seem to be, at least for the moment, objective and indisputable. It’s in the social sciences that things get fuzzier and more subjective. But even there, a thinking person seeks principles to lead him logically to opinions as well as conclusions.

Though some might view principles negatively as a sign of rigidity, ideology, or closed-mindedness, that’s often just a way of dismissing another person’s principles while holding fast to our own. Most people instinctively admire someone who seems to believe in something!

The comedian Groucho Marx once facetiously declared, “Those are my principles. If you don’t like them (pause), I have others!” We may chuckle at that, but we don’t admire it. It’s just a funny way of saying, “I really don’t have any principles,” or “I’ll have whatever principles you want me to have, and I’ll dump them the moment somebody else wants me to have different ones.”

I don’t know who first said it, but whoever it was should get a medal for observing that “If you don’t believe in something, you’ll fall for anything.”

The Graveyard of Principles

Many people are cynical about politics because it’s the graveyard of principles. Rick Becker, a friend and member of the North Dakota House of Representatives, is one of the rare politicians who says what he means, means what he says, and votes that way. On my podcast, I recently asked him what it is about politics that sabotages men and women of principle.

If you dodge and weave so you can claim to have an “open mind,” you’ve simply demonstrated how empty your mind really is.

I expected Rick to cite a litany of temptations the political process dangles in front of good but unsuspecting people. Instead, he offered a more penetrating insight: “Politics brings out what’s already in you.” In other words, in the pressure cooker of politics, the principles you thought somebody had turned out to be little more than temporary conveniences that were easily replaceable by a stronger desire to be popular, rich, or re-elected.

To be principled is more than just uttering platitudes or high-sounding maxims. To be principled means you put your actions where your mouth is. It’s a sign of good character. To be unprincipled should never be a compliment. If you dodge and weave to avoid principles so you can claim to have an “open mind,” you’ve simply demonstrated how empty your mind really is. And perhaps your soul, as well.

I believe that being a principled person is so important that it’s one of the two or three things I would most want to be remembered for someday. Long after anybody remembers the houses you’ve lived in, the jobs you’ve held, or even the names of your children, it would be over-the-moon if they could proclaim, “Now there was a principled man. He identified what he thought was right and true, connected the dots, and lived his life accordingly.”

What Are Your Principles?

I’d like to suggest here a useful exercise in self-examination. Put some time aside to write down some principles you earnestly believe in. Of course, if you worship at the Altar of the Open Mind, you can write them in the palm of one hand and still have room to spare. But if you’re honest, and if you’ve learned anything in your years, you’ll be amazed at how many tablets you can fill. Look carefully at the list to see if you’ve got some glaring contradictions, and if you do, resolve them. Think about what risks you might be willing to take or the losses you might be willing to endure to stick to each principle.

For example, one of my principles is “Humans should be free so long as each does no harm to another.” That’s one I think I’d risk everything for. Another principle I believe in is “Because my yard is a public reflection of my care for property, I want it to always look good. But I’m not going to bankrupt myself keeping it watered if I live in Death Valley.”

(FYI, here are a few more principles to consider.)

Socrates supposedly advised, “Know thyself.” I can’t think of a better way to do that than this very exercise.

Keep your list where you can pull it out and give it some attention from time to time. Judge how well your actions comport with what you listed. Share some or all of your list with your children; they will know and appreciate and remember you so much more for it.

Stanley Baldwin, one of Britain’s more forgettable prime ministers, once declared, “I would rather be an opportunist and float than go to the bottom with my principles around my neck.” We still aren’t sure what his principles were, which is a big reason he remains forgettable.

Open your mind to the importance of principle. It just may be what the world remembers you for.

Lawrence W. Reed is President Emeritus and Humphreys Family Senior Fellow at the Foundation for Economic Education and author of Real Heroes: Incredible True Stories of Courage, Character, and Conviction and Excuse Me, Professor: Challenging the Myths of Progressivism. Follow on Twitter and Like on Facebook.

This post was previously published on www.fee.org and is republished here under a Creative Commons license CC BY-ND 4.0.
—