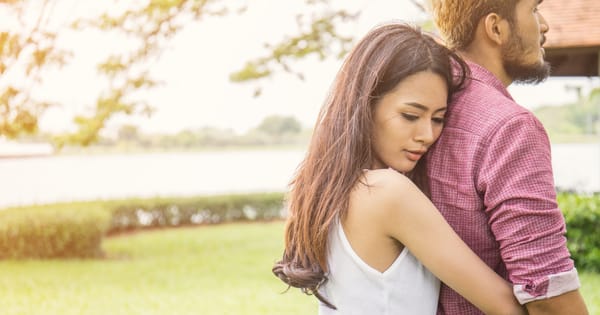 Relationships are hard work. Let’s get that statement out of the way before we start.

Relationships take many years to cultivate and nurture. They aren’t something that just happen overnight, and it’s definitely not something you will be able to perfect over the course of a few months. In fact, if you manage to find yourself in a comfortable space with your long-term partner eventually then you’ll probably agree with me that relationships aren’t something that you can perfect. It’s an ever-shifting, ever-moulding process.

Think of it this way, would you go into a relationship if your potential other is honest and tells you that they like a bit of sleeping around at the same time whilst in a relationship? Some wouldn’t see it as a problem, others would — if you communicate your needs and desires right at the beginning, and continually throughout, then both of you will know where you stand.

On our very first date, my wife told me that she wasn’t into threesomes and she ejected cheaters with extreme prejudice. Some might find that scary, but I didn’t, because I eject cheaters with extreme prejudice myself. I have been known to do this in the past. I knew on that very first date that we’d get along just fine. Straight talking is sometimes the best way to communicate your needs effectively, and then there’s absolutely no room for movement.

Straight talking is far better than beating around the bush.

A couple of years ago my wife and I were going through a really bad patch. She was very depressed, as was I. It was hard to get out of the mindset of thinking that she was sitting around the house doing nothing whilst I was getting on with the work. It eventually boiled over like a witches festering cauldron and we burst into an explosive argument.

After many hours of to and fro, and listening to what she had to say too, it turned out she was feeling the same way about me and had given up doing all the things we did together as a family. I made a mental note afterward to listen to what she was saying to me too. Realizing that communication is more-so about what is being said to me rather than what I was saying.

Listen to each other

To have good communication you need to be able to communicate your needs effectively, and also address the needs of others too. Sometimes it’s also about reading between the lines and looking out for what’s not being said.

When this desynchronises; when two people that share the same goals try to achieve them differently and don’t tell each other about it is another reason why relationships fail. She might go out and cheat on her partner because he isn’t giving her the attention she craves, or he might shut down because although he isn’t listening to her, she’s also not listening to him. This isn’t an exhaustive list but at the root, it’s all the same. Communication. Honesty with them, honesty with yourself.

What do I mean by being honest with yourself? Well, it’s identifying every feeling that you have and communicating this to your partner. Does something not feel right? Then instead of telling your friends about it, why not approach him? The same for men, does something feel off? If so, ask her about that. Relationships are always about the finer details of life.

Be honest with yourself, and your partner

It’s also about being honest with your partner when you need to. It’s always better to tell your partner something that may hurt them now than say 20 years down the line. A lady once left a comment on a previous blog, telling me that honesty was a great concept, but her partner left her because of something that happened two years previously. On the contrary, could you imagine what would have happened if it was ten years into the relationship with a couple of children? I dread to think. Honesty is always best for all concerned in my opinion.

Lack of honesty is why relationships fail, trust issues, infidelity, not listening to each other, and a whole range of other issues — but at the bottom of it all, it’s all related to bad communication. If we were all straight-talking and upfront about things then we would know where we stand always, right? Well, not always, but we’d have a good idea.

But hey, it’s easy for me to sit here and tell you all of this because I have a co-operating partner. If I’m being totally honest with you it’s my wife’s methods of communication that I’ve copied and used as my own so that we’re both on the same page. What if you’re trying to fix the situation but your partner isn’t making any moves to do so?

What if your partner is just totally not playing ball and gas-lighting you into thinking that you are the problem? Well, then you go and visit a professional. You seek professional advice on how to deal with your partner’s inability to listen to your needs.

The year of instant gratification

It can also be harder in today’s age of instantaneous gratification to foster long term relationships. It can be easy to shift your thinking onto the idea that a pizza is just a click away, or that you can fire up a near box office movie on your TV without needing to wait for it to come out on video; then why in the hell would you need to wait for a relationship? If most things can be sent to you overnight at just a mouse-click away, why can’t a healthy and loving relationship? This is why Tinder is popular and even worse, this is why Ashley Madison is a thing, and more so a BIG reason why relationships fail.

Think of it this way: Back when I was a young lad my parents would get my broken jeans and patch them over so I could carry on using them. Think of relationships as a bit like that. If you want to stick at it then it’s a process that continually needs to be worked at. Sometimes the patchworks are going to get a little weary, but it’s nothing a bit of love and care won’t fix in the long term.

Relationships fail for many reasons as I’ve stated. But we’ve stopped working at them. We’ve stopped traveling the distance with our significant others like we used to. It’s not like the movies; there’s no happy ending or constant buzzy butterflies feeling in your stomach. Sometimes is tough, real tough. But if you do the work then you will eventually reap the rewards!