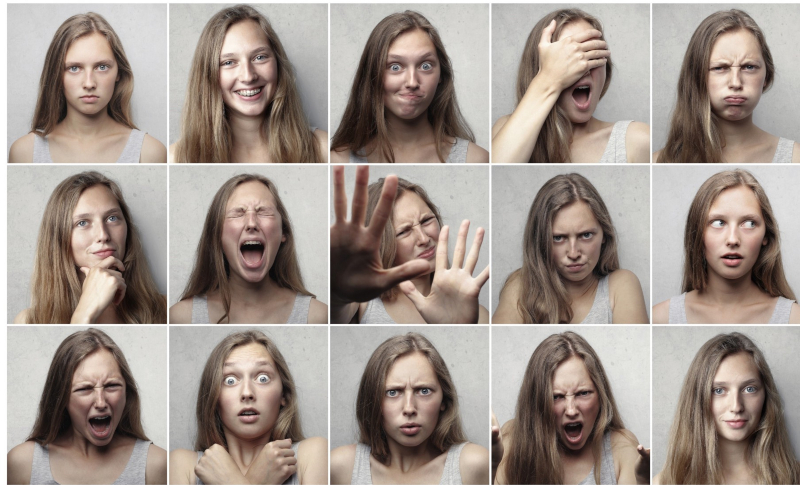 When I was twenty-five, I found myself doing something unthinkable. My hands were shaking with my partner’s phone while he slept unaware in our bed. I read the last text he had sent that night — “I wish I could be sleeping next to you” — and I stumbled to a seat on my kitchen floor. It became clear in seconds that he had been lying to me for months. Not just about the affair, but about everything. His drug use, where he spent his days while I was at work, the type of person he was, everything.

As his mask unfolded before me, I asked myself, “how I could have had such terrible judgment?” How could I have not realized the person I shared a bed with for years was capable of this?

After years of reflection, I finally realized where I went wrong. I had made what I have come to understand is a far too common error in modern society — I mistook personality for character.

When you ask someone what they look for in a partner, they might point to a person’s sense of humor or whether or not they have similar interests. But when it comes down to it, the majority would probably agree that the most important thing is that their partner is a good person with a good heart.

The problem is we don’t really understand what it means to be a good person. We get excited by the novelty of new partner, charmed by their way of speaking, intrigued by their exotic career, or their captivating stories. We assume if someone is extroverted, they are trustworthy and caring, we assume if someone is quiet that they are a good listener, or that they are shy. The worst part is that this process is so automatic, that we assume these things without even realizing we are doing it.

The truth is, we are naturally biased. We rely far too much on cognitive shortcuts and assumptions. We don’t take the time to critically assess the people around us.

What can we do to determine whether someone is a good person? First, we have to recognize the difference between personality and character.

Personality is our outward presentation. It’s who we seem to be. It’s the traits we pick up on easily after just a few interactions. “He’s easy-going.” “She’s smart.” “They are confident and friendly.” Personality is how we portray ourselves to the world. It’s all about what we say and how we say it, especially in larger social settings, when our guard is up.

Character, on the other hand, is a set of behavioral patterns which reflect our attitudes and values. If personality is who we seem to be, character is who we really are. The problem is — character is only revealed in specific and uncommon circumstances, such as when a family member is ill, when a friend needs a ride after their car broke down, or when a partner breaks down crying after they experienced something traumatic.

But because character is only revealed in specific and uncommon situations, character can only be reliably assessed over time.

You may have a good feeling about someone based on the jokes they told at a dinner party, but be careful not to make an assessment of their character until you’ve seen them in a difficult situation. And even then — make sure you are assessing their actions, not their demeanor. People can seem friendly and nice even while they are acting in ways that demonstrate poor character, such as disrespecting your boundaries or failing to show empathy.

The critical message here is that we need to pay attention to what people do, not what they say. We all know that “actions speak louder than words.” That is, except, when they really don’t.

Just look at Corporate America. It’s riddled with “leaders” venerated for their leadership because they have executive presence despite lacking a history of respectable executive action. The truth is that we have to work to make actions speak louder than words.

What you want to see in a partner

There are a number of character traits you should be looking out for in a partner. The extent to which you value certain traits over others might vary depending on your lifestyle and plans for the future.

However, at the core, healthy relationships require that partners demonstrate honesty, dependability (consistency), empathy, and respect. What all of these character traits have in common is that they require self-discipline. It’s hard to be honest when it’s easier to gloss over something. It’s hard to be dependable when the world around us is playing by the motto of YOLO. Our emotions can will us in a thousand different directions. Good character requires healthy emotional regulation to keep things steady. What that means is that you want to find someone who feels their feelings, but controls their actions.

The infographic below provides a simplistic explanation of personality vs. character. The character traits I chose to include on the chart are some of the most important, positive characteristics that you want to look out for.

Actions vs. Words vs. Motivations

Assessing character is hard when we are so programmed to fall in love with the personality. But if we really want to improve our judgment, there is another step that we need to take. We need to assess people’s actions in light of their intentions and motivations. Sadly, it’s not enough to see someone volunteering at the local homeless shelter to know that they are a good person. Just as good people can sometimes do wrong, not everyone doing good things is a good person.

Communal narcissists are the perfect example — these are people who devote themselves to pro-social goals as a way to validate their own grandiosity. They are doing good deeds for the sole purpose of attaining narcissistic supply — of receiving praise and admiration, and just as with any narcissist, they are livid when they don’t get it.

Assessing someone’s intentions and motivations is tricky. You have to look beyond the act itself to see how they respond to other people’s reactions. Pay attention to how people behave when they are not getting recognition. Take the leap to ask them why they are doing something. Use your own judgment to think critically about the positive and negative reasons they might have for doing something. Put their actions in the context of the reputation they have earned with you and others in the past.

Above all, do not take words and actions at face value. Look into it. Have a conversation. Ask the difficult questions — it’s as much an exercise in intimacy as it is a way to weed out people with bad intentions.

It’s so easy to become blinded by personality. We mistake attractiveness for goodness, friendliness for kindness, extroversion for trustworthiness, and so on. But people are complex — and personality is just the tip of the iceberg.

If we really want to make headway on improving human relationships, we need to stop focusing on personality and start thinking critically about behavior.

Recognize how sexy it is when someone shows enough restraint to respect your boundaries. Bask in the pleasure of being with someone who you can depend on. Revel in the sexual energy of emotional reciprocity.

And as always, keep seeking.

Pondering the human condition through writing on mental health, spirituality, and the ever unfolding mystery of human relationships.