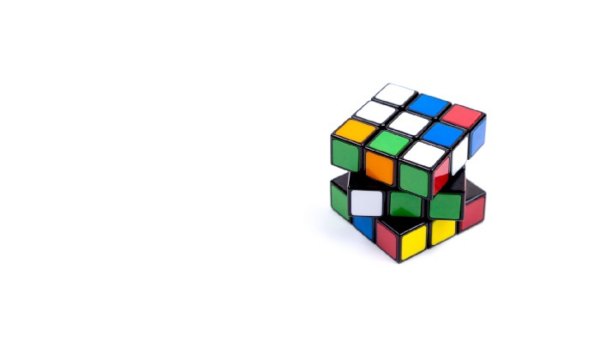 Probably the oldest adage ever uttered from the mouth of homo erectus was, “People are stupid.”Now, this doesn’t bode well for us humans who pride ourselves on our intelligence and shame ourselves for our follies.

This especially doesn’t work in romantic relationships where people just want to be loved and accepted for who they are. When you’re with someone and they make decisions based on their own logic, you may very well scratch your head in confusion as to why they did what they did. Perhaps you’ll even get irate about it.

Because in romantic relationships, people often see their present life and future life strongly determined by their significant other. So in order to maximize pleasure and minimize pain, one needs to be with someone who is “logical,” that is, someone who reasons the same way you do.

The arguments of how to spend money, where to send the children to school, why to move to a different neighborhood, who to talk to if counselling is needed, and what to do in the face of societal, sexual, financial and health changes can drive any couple who was on Easy Street into Doom Avenue.

The very first thing we must acknowledge is that no one gets it right all the time. Mistakes are how we learn. Your partner isn’t the only person guilty of this. You are too. Here’s why:

When one takes a personality test, it often feels like a revelation. You feel seen and your traits are summarized on a few sheets of paper.

For the sake of brevity, I’ll talk about the eight cognitive functions and what they look like when they are in their dominant and inferior positions. But please note that one’s inferior function is revealed when under stress and one’s dominant function is seen when everything is fine.

Introverted Thinking (Ti) as a dominant function is when one scrutinizes their own thoughts and the thoughts of others to find any inconsistencies and fallacies. True objectivity shines through here.

As an inferior function, Ti throws objectivity out the window. Black and white thinking takes over and focuses on irrelevant information. One becomes highly critical of others and self.

Extroverted Thinking (Te) as a dominant function focuses on efficiency and productivity. They get things done with well-researched information.

As an inferior function, Te is highly critical of failure. When it senses incompetence, it is quick to try and fix things. However, it often makes these situations even worse.

When Introverted Feeling (Fi) is one’s dominant function, one has a strong sense of right and wrong which is determined by one’s personal values. Such folks are very compassionate.

When Fi is the inferior function, if one’s actions or feelings are seen to be invalidated or criticized, one lashes out at others or suffers internally and says nothing.

When Extroverted Feeling (Fe) is one’s dominant function, they put how one feels over logic. They soak up the emotions of others and place harmony as their top priority.

When Fe is the inferior function, one abandons their defense of other people’s emotions in favor of cold logic but then defend that logic with extreme emotion.

People with Introverted Sensing (Si) as a dominant function, use the details of past experiences to inform them on what to do in the present. They are highly reflective.

Those with Si as an inferior function become withdrawn and overthink themselves into a depressed state. When taking in new information they blow it out of proportion.

People with Extroverted Sensing (Se) as a dominant function are one with the present moment. They don’t over-analyze and take things at face value.

Those with Se as an inferior function overindulge in sensual pleasures. They also distrust the external world and lash out at anything that disturbs them.

Introverted Intuition (Ni) is the dominant function where a network of information is summoned to aid one in coming up with answers. It is often able to predict future events.

Ni as an inferior function causes one to be in a whirlwind of confusion as they misattribute meaning to events and information. Their confusion may even lead to notions of grandeur.

Extroverted Intuition (Ne) is the dominant function which incorporates a lot of information, even if they contradict one another, in order to get to the best option or to see possibilities.

When Ne is an inferior function, facts become negatively distorted and conclusions are riddled with errors. Moreover, there is an impulsivity which prevents thoughtfulness from happening.

What is important to note here is that based on MBTI theory, there are eight ways that people may act under stress and each of us primarily exhibits one.

It is easy to criticize others when we are not guilty of their specific shortcomings, but the fact of the matter is, we all exhibit problematic, toxic and destructive behaviors and thought patterns when under stress. Which leads me to the second reason your partner (and you) act illogically:

You could be having a discussion with your significant other about finances, dinner, sex, self, children or the relationship itself. At any moment, a completely benign comment can trigger someone.

But why does a benign comment lead to one being triggered? It is because one has trauma that has yet to be healed.

For example, if your partner was led to believe that they aren’t good at anything, you could be perplexed when they try to enter a field they’ve never expressed any interest in. You could voice your opinion because you care about them but they will not see it that way. They will see you just as they saw those who told them that they can’t do anything. You would be nothing but an oppressor.

Another example is achieving exactly what one desired but instead of being congratulated, there is no commendation at all. You could be with this person and when they are passive-aggressive because you said nothing about their success at work, you wonder what the hell you did wrong. Or perhaps you’d say they were being illogical.

We’ve all gone though some unpleasant events and learnt some unhealthy beliefs that negatively impact us. Instead of being labelled “illogical,” we would all appreciate someone who can hold space for our unconscious reactions.

And while these reactions are unhealthy, like I said before, who doesn’t have unhealthy behaviors when under stress?

The fact of the matter is, stress unwittingly tries to cause more stress in others. You have to be the bigger person when your partner is stressed out and they have to address their issues if they want themselves and the relationship to be healthier.

So if you think your partner is being illogical, you’re probably right. But you aren’t a perennial beacon of wisdom and logic either. You are not always able to remain calm in the face of calamity.

But in knowing your inferior function or at least your behavioral tendencies when under stress, you will know how, why and when you lose your cool and what it looks like. Encourage your partner to see their shortcomings too and hold each other accountable.

If you both can do that, you both can enjoy the relationship without the fear that you’ll have to relive the same old arguments when something bad happens.

Jason Henry  is a young person who earnestly seeks the path which leads him to say, "TGIM: Thank God it's Monday." Feel obliged to contact him @alchemisjah and buy his book on emotional healing here