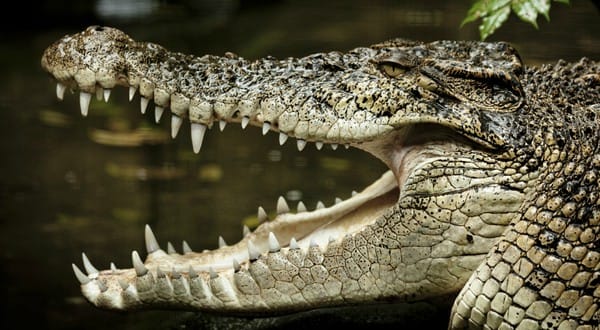 LONDON, 26 February, 2019 – Humankind could be about to open the throttle on greenhouse gas emissions and revert to a 56m year carbon level – to a world with a global temperature marked by ice-free poles and crocodiles in the waters of the Arctic.

And it could happen by the year 2159 – just five human generations or 140 years from now.

By then, if humans go on burning ever-greater quantities of fossil fuels to underwrite ever-accelerating destruction of forests, wetlands and savannahs, they will have pumped into the atmosphere about as much carbon as accumulated during a geological period called the Palaeocene-Eocene Thermal Maximum (PETM), a dramatic global warming event that reached its peak 56 million years ago.

The long-ago warming event occurred naturally, and the build-up of carbon dioxide in the atmosphere happened over a timespan of between 3,000 and 20,000 years.

The present sprint from a cool to an uncomfortably warm state will have happened in fewer than 300 years, because greenhouse gases from coal, oil and natural gas fumes are building up in the atmosphere nine or 10 times faster than in the PETM, according to a new study in the American Geophysical Union journal Paleoceanography and Paleoclimatology.

“You and I won’t be here in 2159, but that’s only about four generations away,” said Philip Gingerich, of the University of Michigan and author of the new study. “When you start to think about your children and your grandchildren, and your great-grandchildren, you’re about there.”

“To me, it really brought home how rapidly and how great the consequences are of the carbon we’re producing”

About 10 million years after the extinction of the dinosaurs, some natural event began to release ever-greater ratios of greenhouse gases into the atmosphere. The sediments and fossilised fragments of the Palaeocene-Eocene period tell the story.

Temperatures rose and settled at a global average of up to 7°C higher than today. Deep in the polar permafrost right now are fragments of tropical trees that flourished in the once-balmy polar regions: the event was accompanied by the most dramatic extinction of marine life for more than 90 million years, the tropic seas reached almost to human body temperature and land animals dwindled in size and migrated towards the poles as they evolved in response to the air temperatures.

Climate scientists now know, with a great deal of precision, how much carbon has been released into the atmosphere since 1959.

“One way to appreciate the rates and risks of present-day carbon release to the earth’s atmosphere and oceans is to compare current emissions to those in earth history,” writes Professor Gingerich.

“The PETM raised global temperatures by 5-8°C, to the warmest temperatures since the extinction of the dinosaurs 66 million years ago. The PETM altered the earth’s carbon cycle, climate, ocean chemistry and marine and continental ecosystems.”

In the 3,000-year run-up to this maximum, carbon concentrations in the atmosphere built up to at the very lowest estimate 3,000 billion metric tons. As of 2016, humans have emitted around 1,500 billion tons since the start of the Industrial Revolution early in the 19th century.

Under the business-as-usual scenario in which humans go on and on burning fossil fuels, humans could hit the 3,000 billion ton mark by 2159, Professor Gingerich calculates.

His warning is dramatic, but not new. Other researchers have prefigured his conclusions. At intervals over the last six years, researchers have unearthed evidence in the Eocene period of rapid climate change. They have identified it as an era of massive extinction of many species and dwarfism among the survivors.

In hotter conditions smaller creatures have an advantage because they shed heat more quickly: this could, researchers warned in 2013, happen again.

Since then, other teams have warned of marine devastation as well as confirming the evidence of mammalian dwarfism. They have repeatedly presented this long-ago event as an indicator of things to come and confirmed that the long, slow cooling of the globe since the maximum has now been reversed.

So the latest study is yet another reminder that conditions that have no precedent in human history are in train. “To me, it really brought home how rapidly and how great the consequences are of the carbon we’re producing as people,” Professor Gingerich said. – Climate News Network