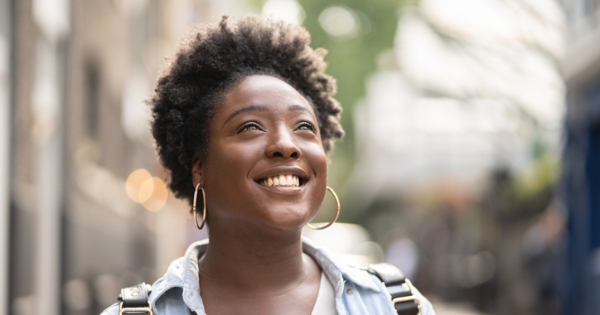 —
As 2019 ends, it has definitely been an interesting one for me. This year has required more of me than years in the past because I made a decision to be more emotionally aware.

I cannot say the circumstances forced me to grow because I actually experienced less chaos than in years past. The difference this year is that I was much more introspective as I was going through things, even good things.

Introspection is a self-examination inward of one’s thought process and feelings to better understand what is happening.

It can be a self-research tool or a way to connect the behaviors, habits, and beliefs you have to past and present occurrences. Through self-examination, you can gain clarity of your own identity.

If you continue to examine the things that happened in your life or your actions to the point that you overthink or think obsessively, that is no longer introspection, but rumination.

Rumination can lead you to self-judgment, self-flagellation, anxiety, and depression. It is giving an audience to your inner critic and letting them tell you all the reasons why you should feel bad and that isn’t the goal of introspection.

The Goal of Introspection

The focus of being introspective isn’t to beat yourself up. It’s not tough love. However, if you start to explore your inner world without understanding that you must impart self-compassion and view yourself with detachment then you can see the connective tissues between your feelings and beliefs then think it means to start a war with yourself to separate them.

The goal isn’t to fix yourself. It’s to see yourself for, maybe, the first time.

It’s not easy or for the faint of heart which is why many people avoid it and they avoid therapy because therapy can be guided introspection.

I can’t lie, I had a hard time when I began the process of introspection. I wasn’t comfortable with my feelings. I was disconnected from them and I experienced them as negative. I repressed them until I was forced to deal with them through chaos or being so frustrated that I felt my own suffering. Instead of lashing out at other people, I started to look inside and figure out what was going on inside me.

At first, it was like standing in the middle of a storm. It was like the eye of a tornado and I was afraid if I felt the emotions that it would rip me to shreds.

Instead, what I learned was stuffing the emotions down was what gave them more strength. When I sat still and allowed myself to feel the emotion, the storm lessened until it felt like nothing.

The next step in being introspective was to figure out where the genesis of the emotions were. As I viewed myself with a compassionate lens, I found there was a lot of rage that I had been pushing down. The rage was the storm but it was much more harmless than I perpetuated it to be. Beneath the rage was a disappointment and then the disappointment had threads that were tied to so many childhood hurts. I just kept giving each of them their time to be heard, seen and acknowledged. I did a lot of journaling where I just let the hurt express itself without censoring or trying to convince myself it wasn’t painful.

As I did, they slowly lessened or stopped being as triggering as they used to be.

When they triggered me, instead of being angry or sad, I would just trace them back and try to figure out where their roots were. I tilled the soil and replanted some better seeds.

Once, I got through the emotions, I didn’t feel the need to hold on to my beliefs with a death grip. I began to examine my beliefs, which required me to sift and sort to find out where they came from. As I did that, I started to understand many were faulty beliefs passed down from others. Some beliefs were results of fear following traumatic events. Many were ripe to be rewritten and happy to go. When I changed my beliefs, I stopped needing people around people to be different. I stopped projecting and trying to control others.

It’s not a solution. It’s an on-going process.

At first, I thought I was going to get through all of my issues and then I would be done. I thought less bad things would happen if I could just get my self together. I thought I could Dyanne, Fix My Life.

Right on time, I experienced several emotional challenges and feelings came up all over again.

However, it was different this time.

What changed was even when something bad happened, I didn’t see the feelings as a sign of a problem with me. I saw them as a sign to dig deeper and practice self-compassion.

And, that, was life-changing because it felt like freedom.