I hoisted up a little and tried to look over the side of the cliff but there were just trees and black, and there was too much back and forth, so I sat back. I tried to pretend we were going into the Misty Mountains and there were goblins around us, but I felt dizzy and I stopped. We kept going and I couldn’t sleep, all I could do was sit there.

“You want to know what my dad did with me when I was little?”

“What?” We talked quietly because of my brother in the back.

We were quiet for a while.

“Why do we go to Yosemite all the time?”

“We’ve only been a couple times. You don’t like it?”

“I guess because nature makes me feel good. And I want to spend time with you and Alex.”

“Because you love us?”

“Yeah, because I love you, and I’ve missed you.”

At the Ahwanee there was no one around. We parked and followed the footlights along the stone path. My dad carried Alex in one arm and his suitcase in his other hand. I followed with my heavy backpack. The lady at the desk gave my dad a card key and I followed his footsteps down the red carpet with the boxy Indian designs.

In the room, my dad lay Alex on one of the two beds and told me to get into my pajamas. He got some things from his suitcase and went into the bathroom, then the water started running. I took off my shoes and socks and jeans and put on my grey sweatpants and took my toothbrush into the bathroom. I was barefoot and the floor was cold. My dad was in his T-shirt, sitting on the toilet in the corner.

“It’s OK. Brush your teeth.” I did and looked only at myself in the mirror. “There’s some toothpaste in my toiletry bag there.” The square black bag unzipped around the whole side and opened like a mouth. There were two grey Bic razors, a black-and-red can of shaving cream that said Barbasol, and a small white-and-green tube of toothpaste with a Roman column on it. The toothpaste was grainy on my brush and chalky in my mouth. If I looked at the border of the mirror I could see a slanted version of my dad wiping. He stayed on the seat and put the toilet paper between his legs. I always stood up to do it. He wiped for a long time and I mostly looked in my own eyes. Then he was behind me.

“If you brush like that you’re going to ruin your gums.”

“Do it like this or you’re going to ruin your gums.” He took his brush and did strokes in only one direction at a time. Starting from the gums he went down on the top teeth and then up on the bottom teeth. My dad’s teeth were long and nice, except one was a little yellow. He also had heavy eyelids that made him look a little evil.

We went to bed. I lay in the bed with Alex but he didn’t wake up. My eyes got used to the dark and they wandered down the red band of Indian patterns at the top of the wall. The design was like one long zigzagging tunnel. The room was dark and quiet and full of bodies and I fell asleep.

In the morning we ate in the great hall. The walls were made of stone and there was a fire in the huge stone fireplace in the center. The pillars around the room were huge, made out of real trees.

“Pancakes are good for hiking,” my father said. “Try to eat all of them.” I tried. I had pancakes and orange juice and hot chocolate and Alex had French toast and hot chocolate and my father ate scrambled eggs and bacon and black coffee. It was all stuff that we didn’t usually eat; we usually had cereal at home. There were also little circular plastic jelly containers with pictures of fruit on them, dewy orange slices, a huge glistening strawberry, two raspberries, side by side, plump and wet. I didn’t have any toast because of the pancakes, but I lined the jellies up at the top of my plate. Five colorful circles.

“Alex only ate half of his French toast,” I said. Three halves of the French toast were soaked in a swamp of syrup.

“Why do I have to eat all my pancakes?”

“You don’t. But they’re good for energy. That’s what hikers do, they eat a bunch carbohydrates and your body keeps them inside as spare energy when you need it. If we’re going to go to Yosemite Falls, then you’ll need your energy.”

“Can we go down the waterfall?” said Alex.

“Don’t say that. Yes, you would die. The waterfall is very powerful and there are rocks at the bottom. But every once in a while someone gets trapped in the current at the top and they go over by accident.”

“Everyone dies,” I said.

“Chris, stop.” My dad didn’t get loud but he took squeezed my hand and squeezed. “Alex,” he said to my brother. “You might have to die, but it will be OK.” Alex shook his head. “Dying isn’t bad, it’s just another trip. Like our trip here, to Yosemite. It’s like going to another Yosemite.”

Alex said, “I hate Yosemite and I hate dying.”

My dad was done with his eggs and had only half a piece of bacon left neatly at the side of his plate. He had put his knife and fork in the center to signal that he was finished. I put my knife and fork the same way on top of the last downy pancake.

My dad sipped his coffee then put the mug down and said, “I know you boys don’t like coming to Yosemite. But I think when you’re older you’ll appreciate it. I never had a place like this when I was young. And if you really don’t like it, we never need to come again. OK?”

“You can go on the waterfall and die,” said Alex.

“Shut up,” I said. I mashed one of his French toasts with my thumb. Alex whined and it looked like he was going to cry.

“Neither of you is going to die for a very long time. I promise. And when you do, you can go anywhere you want. It doesn’t have to be Yosemite. It can be any place.”

“Round Table,” said Alex. He meant Round Table Pizza.

Continued on the next page …

James Franco is the author of Palo Alto, a short story collection. He lives in New York City.

Forgive me for saying, but I found this story very dull and I don’t think anyone would give it a full read if it didn’t have a famous name attached. I don’t mean to bash. I just think it carries on at a very plodding pace, the descriptions of things are mundane (except when they’re elevated beyond the vernacular of the narrator — the waterfall is “a cataract, white and gushing, implacable”, for instance) and mostly irrelevant. I don’t get a good sense of cohesion throughout this story, and it seems more like a journal entry. When reading other short… Read more »

I enjoyed it.Thank you.

I love this writing-the descriptions of the food, the interplay between the little brother and main character, It’s supposed to be slight, it’s a sketch, an impression of a vital moment before innocence is over..well done, Im buying the book!

There should be a printable version of this

I liked it. I think it captured the contradictions of childhood very well. It left me uneasy for awhile, a bit like a Cormac Mccarthy story.

No. Not even if Cormac McCarthy wrote short stories.

So you think this piece compares to, say, this passage?

“The following evening as they rode up onto the western rim they lost one of the mules. It went skittering off down the canyon wall with the contents of the panniers exploding soundlessly in the hot dry air and it fell through sunlight and through shade, turning in that lonely void until it fell from sight into a sink of cold blue space that absolved it forever of memory in the mind of any living thing that was.”

great job! love you as an actor and a writer

Hi James: It felt like you had written an incredibly touching and heart-warming story and then you went back into it and started to try and make it as jaded and cynical as possible. The heart of this story is contained in the mystery — is this a single/divorced dad taking his kids out? You establish this wonderfully by the one line about how he missed them. And the ending where he tells his kids how he and his mom made them with love. All that is so incredible. Really. But then you ruin it: a) by the ending about… Read more »

i wanted to read this but that stupid audio ad for that anime game kept popping up. i couldn’t find it to shut it off. you need to create an environment that encourages people to read. blaring crappy music sends them clicking off (except for cranks like me who post to complain).

his dick is a little higher up

Franco is obviously multi-talented, and having him contribute a story to this new series was probably important. But I felt the piece was slight, certainly in comparison with its companion. I’d like to read more of James Franco, perhaps something pithier. He writes well, but in reading this piece, I kept waiting for him to have something of significance to say. Instead he gave us the suggestion of a thriller that remains unresolved. 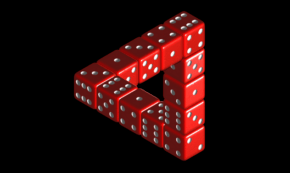 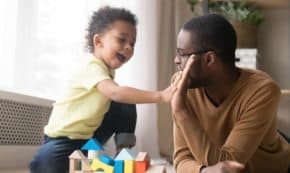 Facebook48TweetPinEmailShares48
wpDiscuz
22
0
Would love your thoughts, please comment.x
()
x
| Reply
Share this ArticleLike this article? Email it to a friend!
Email sent!