Get Daily Email
Join/Login CLOSE
Home / Featured Content / Men, This One Quality Is far More Important Than Your Looks or Status 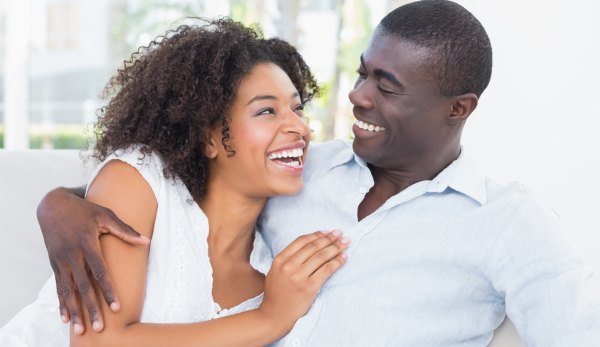 —
Anyone who has read a dozen or more articles on The Good Men Project knows there is no single definition of masculinity. Rather, it varies from culture to culture–even among subcultures–and further by each person’s perception. Likewise, I’ve discovered there is no one set of attributes, characteristics, and traits that comprise “my type” of a man as lover and mate.

I am a single woman who thoroughly enjoys men–from their physique to their ways of processing experiences, to communication, to the way they smell. Well, maybe not all of their smells; let’s keep it real. Still, I love men.

When I was in my 20s and newly divorced, I used to think I had a type: dark hair and green eyes, olive skin, somewhat athletic without being a jock . . . until I realized I was still attracted to my ex-husband. It took maturity to eventually notice that I was only focusing on superficial qualities.

After several failed relationships with men whom I thought were my type and a great deal of conscious work on my part, I finally recognized that the way a man treats me and others is far more important than his appearance or social status.

With increasing awareness, I also realized the way I treat a man–or any person–is also of greater significance than my appearance or accomplishments. I had to “be the change I wanted to see in the world”–a lesson from Mahatma Gandhi. In this case, I had to be a better woman to attract a better man. I had to demonstrate self-respect and respect for those around me before I could attract a man who respected himself and would respect me.

Coupled with mutual physical attraction, respect is the sexiest display of masculinity you can show her!

Take care of your health and appearance in an authentic manner. When getting better acquainted with her, don’t do something in the dating stage that you won’t want to continue to do once you win her. If you don’t like to wear cologne, don’t do it while dating; when you stop wearing it later she’ll miss it and think you no longer want to make the effort for her. Self-respect and authenticity will also help you two to identify compatibility or lack thereof before either of you gets emotionally invested.

When communicating in person, forget the multitasking for a few minutes! Mute the television, flip your phone face down on the table, or lower the screen of your laptop. Listen to her words in the context of the conversation or situation. If something she says doesn’t make sense to you, ask for clarification in a neutral tone of voice without making assumptions.

Women appreciate dependability. If you say you will be somewhere to pick her up, meet her, or do something for her, be on time. If you must cancel or change the timing, give her as much advance notice as possible.

(4) Be honest and tactful in expressing your thoughts and feelings.

While most people prefer honesty to lies, tact goes a long way in softening an ugly truth. Caution: If she is one who would ask you, “Baby, does this dress make me look fat,” come to an agreement in advance. Ask her to select two or three dresses or outfits that she likes and you can tell her which one you likes best on her. If it is true, you can also tell her that you find her beautiful no matter what she wears. However, if you think the dress looks bad on her, let her know that it doesn’t flatter her natural beauty and suggest something else you’ve seen look great on her.

(5) Show appreciation for her efforts.

When she does something or gives you a gift that requires thoughtful effort, thank her. The book 5 Love Languages is a good way to understand if she feels loved most by 1) words of affirmation, 2) acts of service, 3) receiving gifts, 4) quality time, or 5) physical touch.

(6) Be respectful of others, even those you don’t like.

If you speak ill of those who are not present to defend themselves, she will think you may do the same when she is not around. If you want a good woman, you’ll have to be a good man. Practice The Golden Rule: “Do unto others as you would have them do unto you.”

Men, if there is enough of a spark between you and a conscious, self-respecting woman, demonstrating self-respect and respect for her will make you more desirable to her.

Women, all of the above apply to you, too, but in #4 above, please reserve the “does this dress make me look fat” question for your sisters and platonic girlfriends!

Sign up for our Writing Prompts email to receive writing inspiration in your inbox twice per week.
—
Photo credit: Shutterstock

As an Executive Editor for The Good Men Project, I work in both content and business development with a dedicated, passionate team. Doing so has been an enriching experience in my personal and professional growth over the last 3 years. At a time in my life when doors were shut on me---several times figuratively and once literally---this door opened and pulled into use the skills I had acquired in the most-loved of my previous positions.

I find working with clients (contributors/authors) who are working to find their voice quite rewarding. I also appreciate working with well-established writers, helping them to reach a new audience.

My topics of significant interest are psychology, gender and sexuality, environmentalism, social justice, nutrition and wellness, and human relationships. Lucky for me that GMP covers them all, and more!

As Director of Media Partnerships at GMP, I coordinate content sharing with other media companies. Reach me at [email protected]

To include your promotional content or press release on GoodMenProject.com, Use one of these links:
Submit your BOOK listing here.
Submit your Product listing or other promotional article here.

Outside of GMP, I am the founder and publisher at Connection Victory Publishing Company where we publish titles authored by GMP authors and others on topics related to social justice & ethics, gender & sexuality, and the spiritual aspects of mental health and wellness. Check out the Connection Victory bookstore HERE.

Nice that I can modify her advice to make it fit into the framework of my same-sex relationship with my male partner.

Nice that I can modify her advice to make it fit into the framework of my same-sex relationship with my male partner.

I enjoyed that you write to, and not at guys. You’ve demonstrated the same humility that you ask in return also by fessing up to your own misgivings. Goes a long way when as woman speaks of such issues with men. Lead by example.

You certainly know men as that article read in the familiar. I’ll make one contention though. There is only one safe way to defuse the following bomb.

“Baby, does this dress make me look fat? ”

“I love you”. That’s it. Anything else could prove fatal…

Was a good read, something those men that need should take to heart.

Thank you, DJ! I appreciate your kind words. Sincerely.

Facebook309TweetPin1EmailShares310
wpDiscuz
Share this ArticleLike this article? Email it to a friend!
Email sent!