DJ is a troublemaker, a boat rocker who never stops pushing. He’s lived the classic male life; an athlete, veteran, fighter, and father, but he also knew that there was something deeper in men that is not often discussed. With that he became involved in men’s issues and initiated one of the first ever men’s internet discussion boards so as to help men find their voice. A strong advocate of father’s rights, he’s been quoted in newspapers and magazines, and has spent the last 25 years helping men and women come together through greater awareness. His diabolical plan is to continue to bash us toward greater understanding and unity. His mantra is heard in the words of a Labi Siffre song, “The more you refuse to hear my voice, the louder I will sing”. Best to listen the first time, he sings like a cow in distress. 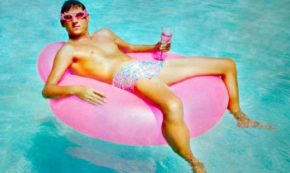 You can’t buy your manhood in a store anymore then you can find it in a bottle of bourbon.

We share here, yes? Good. Grab a chair because I want to talk about this thing we call “vulnerability”. We hear about it constantly, how men should be more vulnerable in relationships. That’s all great, but what the hell does that mean exactly? I certainly had no idea how to pull it off. No…