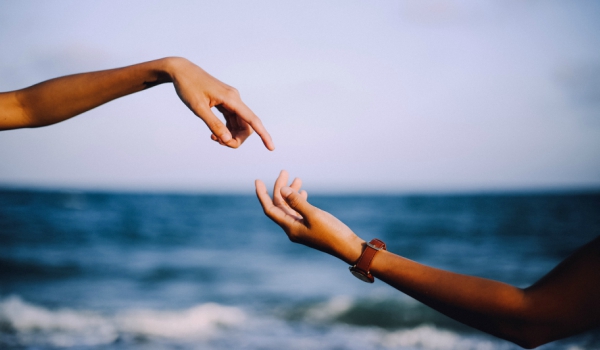 Why does it hurt to lose someone you were never meant to be with?

Often, after a relationship falls apart, we realize it’s for the better. We spot the flaws in ourselves and the other person, and we accept there’s work to do for both of us. Work we’ll have to do alone.

Like Ted Mosby says, “Sometimes, things have to fall apart to make way for better things.”

Whether it’s a romance, a friendship, or a relation with a colleague, as much relief as this realization brings, it rarely absorbs even a fraction of the pain that comes with cutting the relationship rope. Like a steel cable snapping in half, there’s a bang, an echo-y sound, and then, somewhere, a slash wound that runs deep.

Why is that? Why doesn’t the score feel settled when everyone agrees it’s time to leave the court? I think the answer lies in how we look at relationships.

We tend to define the success of a relationship mostly by how long it lasts. At least, I used to do so. Now, I’m not so sure that’s right.

Throughout life, we all start many relationships. We work hard to maintain, cultivate, and cherish them. That’s honorable, but when our efforts fail — and, occasionally, they do for all of us — we assume the relationship has failed too. We couldn’t hold on to that person. Oh no! What did we do wrong?

Ugh. What a depressing way to look at the world. I’m not sure I want to play that game. Even without the death barrier, I’d be a terrible player. I’m sure I’ve lost 90% of “total relationships started.” Not a great start on my profile. You probably have it too.

Maybe, we need a new way to look at relationships. Maybe, we need to play a different game. And maybe, in that new game, time isn’t part of the rules. In any case, one thing is for sure: Just because you and your former connection left the field does not mean the game is over.

When I walk past a wall, I love running my hand along with the stones. It makes me feel connected. Earthly. As if I’m leaving an invisible trail of paint that says, “I was here.” No one can see it, but someone might feel it. Maybe, a thought will hit them. A thought I left there years ago. Like this one:

What if our relationships never end?

What a comforting one. Every human connection ripples out into infinity. Can you imagine? Yeah, feels good. Maybe, I’ll leave that thought here.

Have you ever placed a coin upright on a table and then flicked it so it spins? That’s what meeting a person is. The second you collide, momentum changes. The movement may not last, the coin may stop spinning, but the shift in direction can’t be reverted. It’s etched into the marble of time, and it’ll stay there forever.

You might not get a second date, your best friend might move away, but the flicks you gave each other? The tiny pushes towards all kinds of paths? You can’t take those back. Their effects will compound in that person’s life. Even once they’re gone, the effects of effects will persist. Who did they flick because you flicked them? You’ll never know, but the energy was there.

What if relationships aren’t meant to be collected? What if they’re not stamps we can put in an album, store away on a shelf, and then feel good about knowing they’re there? What if all we have is the coin flick?

Your boyfriend left you. Your favorite colleague quit. But they didn’t stop playing. The game is still on. It’s called life. It’s called being human. You’re in it as much as they are. And the plays you made together will always have been. No one failed. Nothing has ended. It’s just the coin that’s no longer spinning.

When we declare our relationships broken and finished, we disrespect the compound interest of our actions. We take more credit than we deserve.

Who says you won’t meet again? Who says they won’t think of you each year? No, no, this ain’t over. The rope didn’t snap because there was never a rope, to begin with. That’s not how humans connect. The rope is cut when we’re born. From then on, we’re individuals. Individuals made of atoms and all we have is particles. Little sparks we can eject and hope they’ll react with one another.

Those reactions can happen anytime, anywhere. Like infinite rows of dominoes, each one falling over at its own pace. I like that. None of my relationships have failed. They’re all out there, meandering, and, at some point, I flicked my finger at each of them. I spun the coin.

I don’t know if my touch made them better or worse, but I think it’s always too soon to say. What I do know is this: Instead of trotting through life, thinking I’ve failed at most of my relationships, I’d rather flick more coins. I want to leave sparks everywhere. Paint every wall and fence I pass.

Your relationships never end. They may take a turn you can’t follow. That’s okay. You can celebrate at the intersection. Wave at the person. Be grateful you caught some of their sparks. Its imprint will always glimmer on your soul.

One day, maybe you’ll meet them again. Maybe, you’ll stick with the memory. For now, know that you did your best. That it’s time to keep moving. Keep touching the walls.

Soon, you’ll bump into a new person. Another player is full of sparks. Like a coin sitting on a table, they’ll be waiting just for you. There’s no telling when you’ll arrive, but whenever you do, promise me one thing: Promise me you’ll flick it.

Facebook401Tweet3PinEmailShares404
wpDiscuz
0
0
Would love your thoughts, please comment.x
()
x
| Reply
Share this ArticleLike this article? Email it to a friend!
Email sent!