This should only be said once. 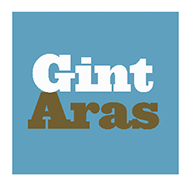 Dear Nazis, no one is taking away your right to spew your hatred. You’ve been doing it all along: on the Internet, at dinner parties, on bar stools, during Thanksgiving dinner, and at the Capitol, where you were met with opposition.

The reason you believe you’re being oppressed or denied rights is because you conflate your right to spew blather, ignorance and mental sewage with the listeners’ need to believe you or agree with you. This is how freedom of speech works. You stand up and spew your hatred, express your ignorance, make public fools of yourselves, and your peers duly note it.

When you stage your protest, the counter-group stages theirs. That’s not a denial of your rights. On the contrary: it’s you expressing your right to stand up in public and say “I’m an imbecile!”

We know, and we’ve known all along.

There’s a reason most people don’t believe you. You’re blatantly and idiotically wrong, and your worldview is psychological and sociological pollution. Your loathing is based on a false perception, on constructs you’ve never taken the time to investigate or think over. Your ideas would bore most of us if they didn’t lead to violence and the destruction of lives.

It bothers you to witness those you loathe supported politically or enjoying economic success, larger acceptance into mainstream society, or just greater confidence to walk hum-drum down city streets as everyday people and not “others” or “freaks”.  You believe that the success of those you loathe disenfranchises you. That’s to say your power or station in society is not actually the result of anything you yourselves can do or manage.

In order for you to feel secure, you need someone else to be struggling or denied their humanity. “How come I’m not wealthier than these people I hate?” Good question. Don’t most of you believe that you get what you deserve, that individuals determine their own fates all on their own?

Your mistake is to think that power and acceptance are ladled out like soup. More soup for “them” means less soup for “you” until the whole pot has been distributed. Forget about the idea for a moment that the difference between “them” and “you” is constructed in your mind. If you woke up to see that your neighbor’s success actually makes your life easier, you’d have no need to raise your right hand in defiance of your society’s democratic values.

But you won’t ever see that. It’s obvious. Every time you speak freely, raise your hands into the air, you make that perfectly clear. It’s clearest when you stand up and wonder why you don’t have the right to speak freely, as if you’re unaware that you’re speaking. That has always been to most baffling part to me. It’s always the loudest and most hateful drunk in the bar screaming “Why isn’t anyone listening to me?”

BUY Relief by Execution: A Visit to Mauthausen

Photo by Mika Baumeister on Unsplash