Danny laments the actions of a German mayor who gender-coded the parking spaces; “female” for the easy ones and “male” for the more challenging spots.

Gallus Strobel, mayor of Triberg, Germany, wanted to get his town on the map. Make a name for itself so to speak. So like any other town that wants to become famous he came up with a gimmick. A gimmick that might run counter to this whole “there’s no reason to treat people differently because of their gender identification” plan some of us are working on.

Mayor Strobel came up with the idea of a new parking garage policy. In this garage spaces are labeled by gender, some for men and some for woman (seriously the spaces are actually marked with the male/female gender symbols). Not satisfied with that he plans to kick things up a notch.

Unlike the 12 spaces set aside for women, which are wider, well-lit, and closer to the exit, the men’s spaces require the driver to pull in at an angle, and avoid hitting cement pillars. They are an “attraction” for any ambitious driver, Strobel told the daily Süddeutsche Zeitung.

So ambition is male I take it?

I don’t know about you but I think he could given a challenge to the ambitious drivers out there without banking on the battle of the sexes. Yes he could have very easily just separated the garage into spaces for timid drivers and spaces for ambitious drivers. This would have allowed him to pull in people that want the challenge of a tough parking spot.

But if he did that, he wouldn’t gotten his town on the map so easily, would he?

Which makes me wonder exactly how long it will take to get rid of gender-based assumptions like this since people still drag them out of the closet when they need a quick score?

What happens if (when) people completely ignore the markings? Do the parking inspectors ticket people for parking in the wrong space? Some sexism I get, it can sometimes seem like it will make the world a better place (even if it won’t) but this doesn’t even have any supposed advantages.

It would be far better to improve the lighting and security features for everyone and let everyone park as space is available – allowing of course for spaces for persons with Disabilities to facilitate and encourage accessibility and movement.

Sweetsue, improving lighting and security features for everyone makes entirely too much sense, and sense in policymaking is strictly prohibited. Only girly-men are afraid of getting stabbed and robbed while walking to their car after a long day of work! Real men embrace random acts of violence that can result in long-term hospitalization! *takes off bitterness hat that reeks of sarcasm and bad humor* Seriously though, I think that a lot of policymakers forget that men can get mugged, beaten, and assaulted by strangers, too. Shouldn’t they (men) have an equal opportunity at hassle-free parking and personal safety, too? People… Read more »

I walk to my car sometimes with the key between the knuckles, I am a 6’6 large bodied male…I fear muggers, n violence quite a bit!

Just sounds like an excuse to give women all the best parking spaces. That’s hardly new is it?

Actually I’m not sure that was the idea here. I think this mayor just wanted some sort of stunt that would get attention. Let’s face it gender is a hot button issue so if want attention, do something gender related.

Caling them “challenging” is just an attempt at poishing a turd

Giving easy spaces to women is clearly contemptuous of women… just as giving them harder spaces would be. And treating both genders equally would be an expression of male privilege because it refuses to acknowledge their unique challenges and issues.

Basically, any possible configuration will be taken as proof that Men Are Bad. Is it any wonder so many men have given up on feminism and chosen to GTOW?

Really? Because for all the places without inexplicably gender-segregated parking spaces, I’ve never once heard a feminist complain that the lack was an expression of male privilege. Sounds like you’re attacking a wee bit of a strawman here.

I’ve heard and or seen such sentiment applied to classrooms, colleges, dorms, and even parking garages.

Find me an example of a feminist organization advocating gender segregation in or of a parking garage, other than one intended to serve a space which is gender-segregated for other reasons (I.E. the parking garage of a women’s shelter) and I’ll concede the point. Whether or not some or all feminists advocate gender-segregation in other circumstances is besides the point.

From this article on the issue: Many German cities designate a small number of parking spaces, usually near exits, for women concerned about their personal safety in poorly-lit garages. This is obviously an issue campaigned on by women’s groups. The alleged motivation is because women (being the safest demographic there is) require additional protections and so the parking spaces that are most convenient and well lit should be reserved strictly for their use. That’s normal. 12 spaces out of the 220 are in that way designated women only and just TWO spaces are designated for men — the suckiest two… Read more »

So the only feminists that count are in big organizations like NOW etc? How convenient. Anyways, since not having to worry about “safety” is framed by feminists as male privilege, the absence of a women’s only garage at a women’s shelter surely is an expression of male privilege. Right??? Because of course, the architect who designed the place must have been a male and didn’t have to fear daily violence. Right??? Don’t be coy. You are familiar with the mindset. And for the record the “garage of one’s own” was suggested by a friend of a friend from Mills college.… Read more »

You do know what a strawman is, right?

Yep, it’s when someone sets up fake arguments to fight against.

Arguments for separate-but-equal public spaces for women on the basis of safety have been argued by feminist organisations for years. It isn’t an unreasonably guess that this might be the product of a similar drive.

Oh goodness, what a mess of a policy. Here’s what I see happening as time goes by: Women can and will park wherever they want, because telling them not to park somewhere that’s too hard is silly, sexist and just plain wrong. At the same time—because of the shaming techniques this policy employs—men will be forced to stay away from the “easy” spaces and be left to choose from those “difficult” spaces not already being used by both men and women. The end result is that the mayor not only insults the town’s female population, he also makes the parking… Read more »

My brother has totaled two cars and been in so many accidents that he is one more away from being uninsurable. I have been in one, and the repairs cost $350 including labor. He still insists that he is a more skilled driver because he is male and I am female, and women are less spatially receptive than men. I say that, just because he has the tools to (supposedly) be a better driver, it doesn’t mean he is using them properly. Our insurance broker agrees.

Your brother may be lame, but men are better drivers on average…We actually do crash than more than women because we drive everywhere. it’s just odds.

No need for the “lame” usage here. Can we just call him a bad driver?

Usage of the word lame. That’s what I mean.

Yup, but I wanted to know why usage of “lame” is a problem.

Because of it ties to disablism.

Generally I really respect your comments, but this REALLY sounds like some thought-policing.

Merriam-Webster’s dictionary has 6 entries for “lame” the majority of which encompass 2 or more meanings (so about 12 definitions in all). Only 2 of the meanings can be interpreted to imply ableism. The remaining 10 suggest proper usage.

It’s great to promote awareness of ableism, but it’s no help to anyone to make pretend it exists where it does not.

I agree, it’s the same issue with the word “fag.”

Just because the word has another meaning, doesn’t erase the old one. If you use a word that describes a disability in a negative manner it’s a bit of a kick in the ass for any disabled person who might read it.

If you have a question about comment moderation you can view our comment policy. If you still have more questions feel free to e-mail the publisher, Lisa Hickey at [email protected]. 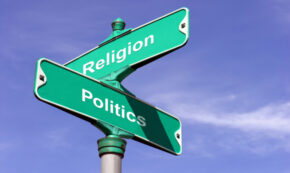 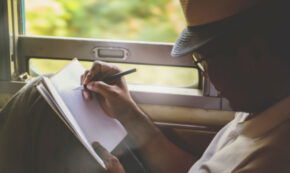 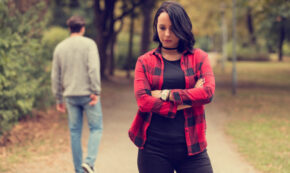 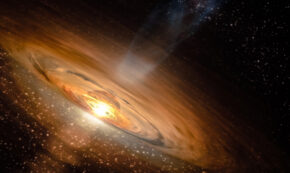 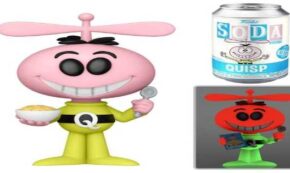 FacebookTweetPinEmail
wpDiscuz
30
0
Would love your thoughts, please comment.x
()
x
| Reply
Share this ArticleLike this article? Email it to a friend!
Email sent!