Josh Bowman talks about The Warrior: a classic archetype of masculinity. This is the tough guy, the stoic soldier, the fierce competitor. But it isn’t all of us.

Note: this is part of a larger series. Please read my introduction here if you would like some background. Also, this is the first part, and I want to be clear that I have nothing against “The Warrior” per se; but I do want to point out some of the problems with a societal reliance on one archetype of masculinity above all else. So this might read as more critical…apologies to you Warriors out there. Don’t kill me please.

The Warrior is the classic archetype of masculinity, and is often seen as the only ‘true’ form of masculinity. This is the tough guy, the stoic soldier, the fierce competitor. The Warrior gets angry, but never cries. The Warrior is Liam Neeson in Taken, John Shaft in Shaft, Clint Eastwood in Dirty Harry, Arnold Schwarzenegger in most of his movies. He is the natural predator…physically intimidating, quick to retort, and dangerous. At their worst, Warriors are bullies, gangsters, and ruthless thugs. At their best, Warriors are champions, freedom fighters, and natural leaders.

At the same time, The Warrior is enviable. He fights for his beliefs and stands up to bullies. He is competent and confident. The Warrior has a deep sexual magnetism, and a natural confidence with subjects of his sexual affection. I have always admired these traits, although I tend to avoid men who want to be Warriors (but aren’t), and will do anything to prove that they are. In some circles, this is called “Little Man Syndrome”, although I think it has less to do with physical size and more to do with feeling small. Sometimes it comes from being bullied at a young age and wanting to fight back. Unfortunately, it can lead to a lot of pent up rage and aggression, just looking for an inappropriate way out.

I’ve encountered a few men who I consider to be natural Warriors. They keep me on my toes. I don’t know what it is, exactly, but I always feel like I have my back up around them (at the same time, envying them). The Warrior is often established as the classic form of masculinity, and anything that diverges from The Warrior is seen as less manly. In normative terms, this might mean being gay, being sensitive, being emotional, disliking sports, disliking violence, being left-of-centre, wearing pink, preferring relationships to random sex, and falling in love (Warriors can of course do/be any of these things, no matter what the outside world thinks). Of course this rules out a lot of us, which means that there is something wrong with the traditional framing of The Warrior archetype and that we are putting undue expectations on ourselves as to how we ought to behave in society.

Positive Attributes: strong; not afraid to stand up and fight for beliefs; competitive; defends friends and family; driven; dedicated; successful with women/men; socially celebrated; successful in sports and business; decisive.

He is like this animal: Wolf, bear, tiger, wolverine.

For Further Reading Check out:

Four Types of Men: An Introduction

I couldn’t help thinking of the Klingons from Star Trek when I read this. Fierce loyalty, passionate energy, unfailing confidence (bordering on egotism), a solid sense of right and wrong and justice.

What I really like about the Klingons is their notion of warrior-poet. (Which I know exists outside of science fiction, too.) Klingon love is definitely not just about random sex, but raw passion. And it’s said many times in the Star Trek universe that Klingon poetry is the most beautiful in the galaxy (but only in its native tongue – does not translate well to human English).

Mike.
This series could be about JB. Don’t know what it means for others.
Except, and I can’t get over laughing at this, the women’s reaction to the warrior energy. IT’S WRONG!!!
How delicious.

Given Bowman’s bio I can’t decide how to read this article: Is it meant to tell a story or as a comedic barb? In the introduction posted yesterday it was pretty apparent that he is pretty frightened of being a man and can’t quite figure himself out. I think his uncertainty is a natural part of maturing and as I stated yesterday; you can’t look outside yourself to find out who you are. The problem past that is if you don’t like yourself as a man and can’t trust your instincts then where do you turn? I guess you write… Read more »

This is a good tribute to the driving spirit that lets a person get up in the morning and put one foot in front of the other one even though I don’t agree perfectly with each descriptor of the archetype provided. I second the example of Major Winters and all the others who have lived quiet lives except when called upon to perform extraordinary feats in extraordinary circumstances.

As to examples, there are, for example; Dick Winters (I know, “who?”) or Dakota Meyer.

You warrior worshippers make me chuckle. Is that really the type of lifestyle and mindset you admire? Anybody who takes 2 seconds to analyze this way of life will see what a bunch of BS it is. Dakota Meyers who you cite as a wonderful example of this warrior lifestyle tried to kill himself when he came back from Afganistan. Living a warrior lifestyle will do a huge amount of damage to your psyche and will reduce the quality of your life. It’s also been reported that a good chunk of Dakota Meyer’s story has been embellished – as all… Read more » 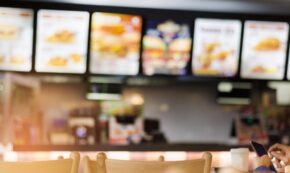 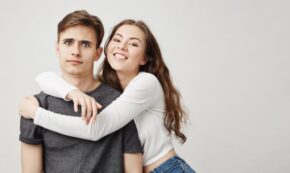 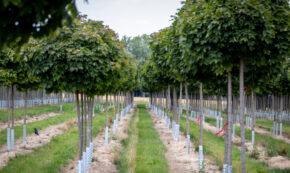 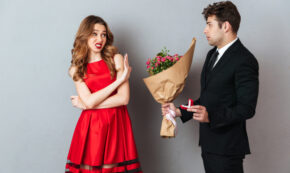 FacebookTweetPinEmail
wpDiscuz
9
0
Would love your thoughts, please comment.x
()
x
| Reply
Share this ArticleLike this article? Email it to a friend!
Email sent!