Get Daily Email
Join/Login CLOSE
Home / Good Feed Blog / We All Can Appreciate the Utter Perfection of F.C. Barcelona

A lot of you guys don’t care about soccer. I get that. As Aaron Gouveia, a GMPM contributor, commented:

[H]onestly, this is just one more reason to absolutely despise soccer. I played it for 12 years but holy hell is it boring to watch.

It’s the greatest sport in the world—and I’ll stand by that—but I won’t try and make you like it. If you, like Aaron and so many others, can’t stand the sport, good for you. That’s fine.

But every once in a while a team comes around that produces a performance that even Jim Rome can appreciate. Yesterday, against Real Madrid, F.C. Barcelona produced one of those performances—and more.

Here’s some context. Coming into this game, Real Madrid lead Barcelona—two-time defending Spanish league champs—by one point in the standings. It was a match-up of the two best teams in the world. Real, now under the watch of the greatest manager in the world—a man they call the “Special One,” who dethroned Barcelona earlier this year—possessed the most expensive squad in soccer history, more than three times the cost of Barcelona’s.

On the other side, Barcelona regularly trots out eight starters from the World Cup–winning Spanish national team, plus Lionel Messi, the best player in the world.

On top of that, this is the biggest rivalry in all of sports—that I won’t concede. It’s a combination of Yankees–Red Sox, Duke–North Carolina, Lakers-Celtics, and Federer-Nadal—multiplied by a thousand. During the Spanish Civil War, Real was General Franco’s team, while Barcelona represented Catalonia—the independent, separatist liberals keen on breaking away. There’s much more than just sport here.

What happened was a surprise, only in the sense that one can never expect perfection. Barcelona won 5-0, and it could’ve been more. Real is probably still the second-best team in the world. And that doesn’t speak to the lack of competition elsewhere, but rather to the greatness of this Barcelona team.

The understanding between all of Barcelona’s players astounds all who watch. They don’t play with set positions, but rather in a fluid style capitalizing on individual abilities, with a constant interchange between positions. Pairs of players are often described as “dovetailing” in soccer, but—whether or not it’s possible—Barcelona’s whole team dovetails. The fluidity between the players isn’t just functional, it’s beautiful. When the rest of the team knows exactly what the player with the ball will do next, there’s no way of stopping it.

Alan Jacobs likened their style to slime mold, combining and dividing as needed. Sid Lowe called them the “orgasm team.”

Xavi, Barcelona’s diminutive playmaker, didn’t play a full game; he scored one goal. But the telling stat is that he completed 114 passes—without playing the entire game. What have you ever done 114 times in one day, let alone in less than 90 minutes? Blink? Breathe?

And that’s where we can all come to appreciate Barcelona’s greatness. When you do something well, you can almost do it without thinking or without breathing. That’s how Barcelona’s team works. They play instinctively, but it’s the combination of individual and collective instincts that makes it so profound.

It’s a machine that can improvise; yet all 11 players seem to expect the improvisation. Yesterday’s win was the ultimate product of this system: near-perfection we’ll probably never see again, not in any sport.

There are some things you just have to stop and appreciate, even if you see no apparent connection between you and it. Barcelona’s victory is something whose beauty we can all relate to: 11 guys doing their job as best as they can, understanding each other on an indescribably subliminal level, and coming as close to perfection as we’ll ever see in any other avenue of life.

And maybe Aaron is right. Perfection is boring, isn’t it?

I am a Barca fan but I did’t see this coming cuz Real Madrid were in their greatest form while Barca were still struggling with there defence this season. What really surprised me was Barca didn’t even need defence yesterday. All defence job weer done by midfielder’s….lol….and to all people who say soccer sucks, I understand them they don’t like it cuz they don’t understand tactical beauty.

As a Catalan, I’m ecstatic. As a fútbol fan, I’m delighted. I’ve seen every clásico for as long as I remember, but I think this team’s 5-0 and 2-6 wins will stay as favourites. It’s a privilege to see such beautiful football being played. I positively loved your article, as you said, for us it’s just more than a club, a sport. It means so much more -we even had an FC Barcelona president assassinated by Franco’s men! Thanks to every culé out there, you’re what makes this club great, wherever you are (I’ve been quite emotive since monday night,… Read more »

In the middle of the second half, Barcelona did a 20-minute “rondo”. Which is, basically, a training exercise that consists in a group of five players standing in circle hiding the ball away from another player in the middle, who is supposed to steal it away by breaking passes.
I don’t know if any teams in the NFL have been able to thrash their direct rival while at the same time making them look like practice… If it has actually happened, then, that is how it would feel!
Visca el barça!

American’s who hate soccer or don’t watch the World Cup aren’t real sport fans, they are Americans who watch sports, actually, make that Americans that watch American sports. Hell, they probably don’t even like hockey. Regardless, there’s no point in riffing on the obvious, but, I just wanted to point out that, despite their payroll and advertising hyped lineup, Real Madrid are *not* the second best team in the world. Any more than Cristiano Ronaldo is anywhere near the level of La Pulga. I’d be surprised to see them make the Semis of the Champions League. As for the rest,… Read more »

Enrique: Thanks for putting the arrogance of soccer fans on full display. All Americans who fail to share your passion for soccer “aren’t real sports fans.” Give me a break with this crap. Americans who hate soccer simply hate soccer. I’m a huge sports fan, but like everyone else, I have favorites. Those include basketball, baseball and football. What’s wrong with having a preference? I’m not denying soccer is a sport, I’m simply saying I don’t like it. I don’t like golf or tennis either, does that impact my sports fan status too? Please. Get over yourself. Soccer is not… Read more »

Daddy Files: The problem with Americans who dislike football, however, is that they are adament about the “lack of legitimacy” the sport possesses. Some Americans want their own sports and can’t stand football because it’s not “their” sport, or because it’s “a European thing”. In the end, most Americans who dislike football do it in a disrespectful and demeaning manner, so how can you blame football fans for vehemetly defending their sport? Believe me, you are the exception to the rule, and it’s appreciated that you (before your reply to this post, anyway) respect that people have different likes. Still,… Read more »

I expressed my opinions in this case mainly because I’m the soccer-hating guy quoted in Ryan’s article. So I wanted to further express my opinion and clarify a few things. I guess there are some people who dismiss soccer as a sport simply because it didn’t originate in America. I think those people are idiots and I haven’t met any of them, but I’m sure they’re out there. Where the sport originated has nothing to do with whether or not I like it. That’s determined purely by my own personal experience as I’m watching the game. And, I should add,… Read more »

yeah, yeah Daddy, we get. You don’t like soccer, probably because you don’t get it.

Yeah…actually it’s not an arrogance that makes me say that. You do know that you make my point for me by talking about what a “huge sports fan” you are and then listing the big three American sports as the sports you watch, right? Real sports fans tend to make an effort to watch a wide variety of sports from obscure Olympic sports to Soccer to Tennis to Hockey and on and on. But, whatever. Keep living the dream, brother.

A very special group indeed…let’s enjoy them while we can.
BARCA!

Barcelona is the best team in the world and is full of entertainment, watching every player dribble and pass with such elegance and passion is so fascinating, I’m glad that I have live to see a perfect team, without a doubt Guardiola’s starting 11 last night are the new generation of the “DREAM TEAM”

Brilliantly said. Well done! For the record, I’m a Barça ‘cule’ and was deliriously happy yesterday…and today…and will continue to be for a long time I’m sure =)

I’ll concede the rivalry portion. As a Boston fan who hates the Yankees-Celtics-Jets-Canadiens with all my heart I can honestly say soccer fans take things to a whole new level. And granted, any time you witness perfection it’s exciting to an extent. But if a synchronized swimming team pulls off a perfect and flawless performance, the bottom line is you’re still watching synchronized swimming. For me, personally, watching soccer — any soccer — falls into that category. I know I’m in the minority because soccer is the most popular sport in the world, but I’ll happily take my place on… Read more »

Wow. Maybe I should’ve put the word real in quotations. Obviously the sarcasm wasn’t laid on thick enough. If you bothered to read what I wrote I already said I’m well aware soccer is the most popular sport in the world. It’s not up for debate. You call me ignorant yet you don’t even bother to read, or cannot seem to comprehend, that I’ve already conceded on that point. But by all means, keep the condescending BS spewing forth. Everyone who doesn’t like soccer is ignorant. That’s the message from soccer fans. As if they are somehow the intellectually elite… Read more »

I wonder Daddy, do you have another gear BESIDES sarcasm?

I normally only listen to Jim Rome and Glenn Beck, but I took a moment from watching Bill O’Reilly to read this article. It was informative, but I believe that Real Madrid’s porous backline held as much blame as credit is due to the crafty and super creative Catalans. I wouldn’t trust my young children around that Pepe character, who appeared violently cartoonish (only lacking a giant sledgehammer).

That would be a legitimate claim, had Real’s backline not been solid as a rock against all other opposition before this match. Mourinho prides himself on defense, and his teams have famously never allowed more than 3 goals in his entire coaching tenure. Real doesn’t have a porous backline, usually, they are in fact quite the opposite: stingy and difficult for opponents to crack. Barca is just that much better than any other team in the world. They don’t have a finite position, and their free-flowing attack and high-pressure when they lose possession (rarely) is enough to shatter any defense,… Read more »

What a performance!!! Nobody, and I say, nobody saw that coming! 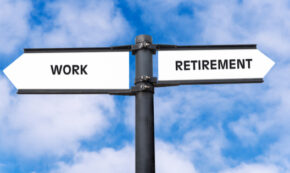 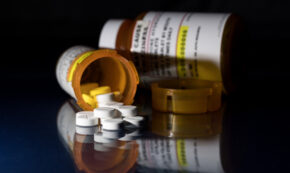 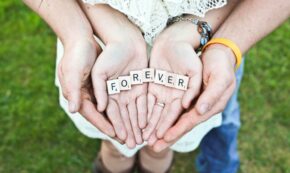 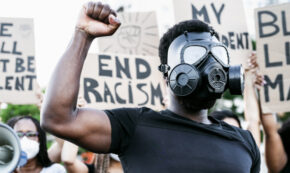 FacebookTweetPinEmail
wpDiscuz
25
0
Would love your thoughts, please comment.x
()
x
| Reply
Share this ArticleLike this article? Email it to a friend!
Email sent!