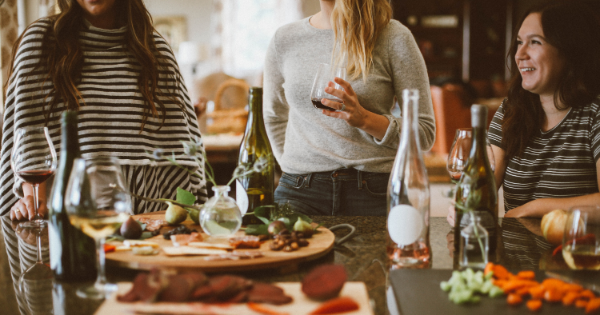 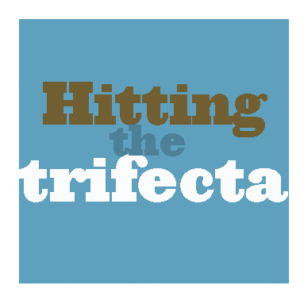 Thanksgiving is Thursday in the United States, which means a few things:

First, it means that you’re probably going to eat and drink more than you intended and regret the hell out of it. I recommend dropping a few Alka-Seltzers into some vodka to make a delicious holiday digestif. You’ll either feel better, won’t care, or both.

Second, you’re going to have to watch a parade and a few football games. The volume will crescendo until the living room has the ambiance of Seattle’s CenturyLink Field, minus the rain. Well, unless you’re in North Carolina, Florida, or Puerto Rico, and still don’t have a roof—then it’s exactly like CenturyLink Field. Of course, if you’re roofless, it likely means you also lack electricity, so you’re probably not watching football. “Lo siento,” says President Trump in an unfortunate fake Spanish accent.

And if you’re at the wrong house, you’re also going to have to watch Fox News, along with commentary provided by whichever relative has the least actual grasp on reality. We’ll call that relative Uncle Troll.

Uncle Troll relishes the opportunity to come to Thanksgiving dinner. No, it’s not because he’s a grateful soul who cherishes the company of friends and family at the special time. Uncle Troll looks forward to this day each year because he can shout his opinions proudly into a room full of people who love him and won’t punch him or tell him he’s a fucking moron.

On the day-to-day, his “Make America Great Again” hat is sufficient to announce to the world, “I am a crusty douche nozzle who thinks all women are liars, people of color are criminals, brown people are terrorists, and seatbelt laws are government overreach.” For fear of getting his incisors and bicuspids rearranged, Uncle T limits his public viewpoint espousal to the wearing of a tacky red hat.

But in the company of people with this unique mix—DNA bonds and a desire to avoid conflict—Uncle Troll gets the opportunity to lob shit grenades into the crowd.

“You know, the mainstream media won’t cover this, but Antifa is the REAL problem.”

“The stock market is at an all-time high, now that Trump is removing all of the stupid Obama regulations and letting everyone get back to work!”

“Those ungrateful millionaires in the NFL are disrespecting the troops!”

Let’s face it: Uncle T isn’t going to back down until he gets a rise out of someone. He wants someone to fight back. He wants to mimic the sass he read on twitter and heard on cable news.

He’s not here to change your mind. He’s here to provoke you.

And you’re not going to change his mind, so don’t get duped into trying.

Instead, follow these five easy steps for dealing with Uncle Trollolol:

Dinner starts at 6:30? Arrive at 7:00. Get stuck in traffic. Go volunteer somewhere. Slash your own tires. Downtime waiting for dinner equals time defending Bill Clinton’s inappropriate relationship with Monica Lewinski. You can’t get stuck arguing while your other relatives slink away if you’re not there.

2. Change the channel and hide the remote.

It takes a bit of sleight of hand, but if you’re brave and crafty, you can save the family from excessive, unnecessary conversation topics. What cable system does the host have? Look up The Hallmark Channel and know what channel number it is in advance. In one smooth movement, change the channel and drop the remote behind the couch. “Coming Home For Christmas” starring a bunch of character actors you’ve never heard of is a thousand times less likely to stir debate than Sean Hannity word-vomiting about the “witch hunt.”

Politicians do it all the time.

The TV host will ask, “Can you tell us whether or not you’ll be voting for the tax reform bill?”

The politician responds, “Well, what I can tell you is that the good people of Anytown deserve a congressman that will put their needs ahead of the needs of elites in the big city, and I have a seventeen point plan to address that. First…”

…I don’t know about that, but have you seen that new Queen movie yet?

…well I can’t really speak to that, but is that a new truck you drove up in?

…I’m not sure I’m the best person to comment on that, but I can tell you that I’ve been dealing with a lot of intestinal parasites lately.

4. Have plans after dinner.

If you have a significant other, this is easy to pull off: their family’s dinner is at 8:00 pm. Eat dinner, then say you’ve got to head over there. Everyone will understand.

If you are single, there are still many options: friends are in town, you’re volunteering, or maybe you’re watching your neighbor’s cat while she goes Black Friday shopping. Your neighbor, not the cat. What the hell kind of deals is the cat going to stand in line for? None. Cats don’t care about deeply discounted LED TV’s or Ninja blenders.

Or maybe your intestinal parasites are flaring up. I’ve learned from years as a manager of other people: the vast majority of us stop our line of inquisition when the target utters words “diarrhea” or “period.” Use that to your advantage.

5. Keep everything in perspective.

Thanksgiving is a day to practice gratitude. And it’s a great opportunity to fully digest the fact that stress is just the dissonance between expectation and reality. Set your expectations appropriately, and do your best to not make reality worse than it presents itself.

Be safe tomorrow, both physically and mentally. Don’t drink too many vodkas and Alka-Seltzers, and if you do, show your gratitude for Uber instead of driving.

Photo by Kelsey Chance on Unsplash

Rickey Dobbs is a writer and restaurateur who lives in Alexandria, Virginia. He writes about politics, self-improvement, work, life, and the hilarity that hides in all of those topics. You can read more of Rickey’s work at his blog (www.hittingthetrifecta.com) or follow him on Facebook (www.facebook.com/hittingthetrifecta) or Twitter (@trifectablog).