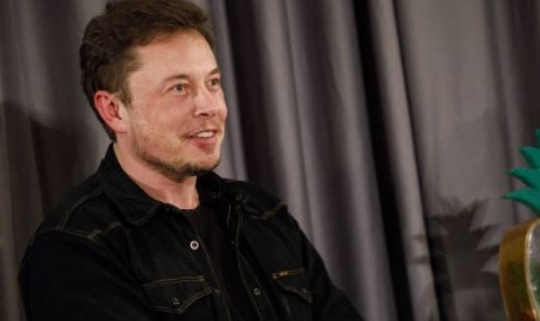 Do you remember when you first became aware of Elon Musk, the rockstar/entrepreneur behind some of today’s most exciting technological news stories? Perhaps you spotted a Tesla car on the road for the first time or watched a SpaceX Falcon rocket ascend into orbit. Or, maybe you picked up a Boring Company flamethrower — lucky you!

Consistently landing squarely at the center of News media in a consistent manner is no accident for Musk. From a difficult upbringing, Musk has launched a global empire and captured the imagination of people in every country. But how does he do it? What lessons can we learn from the tech prodigy? Here are eight of them.

Had Musk pitched the idea of an electric car company that didn’t use dealerships to venture capitalists 50 years ago, people would have laughed in his face. Now that he has established his personal brand, we don’t question him when he proposes to build a set of high-speed tube things that can send people around the globe at supersonic speeds, or chooses to intervene in a foreign government’s rescue operations.

Musk doesn’t limit himself. It doesn’t mean that he never fails — he’s established his reputation, so people question him less. However, the basic idea is still an important part of his success, and it’s one you can make use of.

2. Demand Feedback, Then Implement It

Tesla challenged the entire world to break into one of their latest models, they even offered nearly a million-dollar prize if anyone was successful. It was a small price to pay for the work needed to test the security systems on their cars. Hiring enough people to do this work would have cost far more. Musk’s companies believe in relentless product testing and borrow from the principals of environmental stress testing for tasks like the security competition. Doing this allows Tesla and other Elon Musk companies to prepare for real-world use cases and avoid potential caveats.

Need a way to beat traffic? Build roads underground. Don’t have a way to facilitate secure payment online? Create your own online payment service. Musk is never afraid of a challenge, and he displays a great ability to improvise in the face of adversity. Keep this in mind the next time you reach an impasse.

You don’t hear many comparisons between Toyota and Tesla. That’s because Toyota is a volume manufacturer providing transportation appliances, while Tesla is an upmarket brand touting the latest technology. But there’s more to it than that — Teslas have personality.

Would you ever expect to find “Ludacris mode” on a Corolla? If you know the right cheat code, you can even get the Model S’ nav system to replace the computer rendering of your car with James Bond’s Lotus Elise submarine. That extra layer of personality is a big part of why so many customers love their Teslas.

5. Get Down to the Fundamental Truths

Musk’s products challenge conventional wisdom. However, they might not be so striking to you if you’re able to understand the reason behind them. An electric car is not a new idea — people were attempting to build them as far back as the 1800s. Tesla just found a model to fund their construction more feasibly.

Conventional automakers were too committed to fossil fuels to see the opportunity before Musk, but Tesla has changed the face of the car industry. That’s a result of Musk realizing the need to move away from petroleum fuel is unchanging, making it the perfect time to introduce an electric car.

Did you know Tesla’s first model wasn’t the Model S? It was the Tesla Roadster, a small, Lotus-based car that received only a lukewarm reception from the automotive community. There was a real risk that the Roadster would be the only model, even when the first Model S was launched it didn’t receive the hero’s welcome that more recent cars have. However, Musk stuck to his guns, and now the Tesla lineup has grown to four models and several trim levels with more on the way.

SpaceX launched two rockets unsuccessfully before they ever enjoyed a completed mission. At the time of the second failure, the company had exhausted $90 million, that’s just $10 million short of the $100k that Musk had stated he would cut funding at if the company couldn’t succeed. However, the third launch went off without a hitch and forced SpaceX to do things more cheaply in many regards. The result was a win/win, and now SpaceX is set to be the first private venture to launch a collaborative mission with NASA.

8. There’s No Such Thing as Bad PR

Musk tries hard to be likable. His submission to the Youtube “ice bucket challenge” and willingness to serve as an advisor to President Trump without abandoning his environmental concerns are good examples of this.

However, he’s not always on everyone’s nice list. His tweets attacking a British ex-pat in the Thailand cave rescue of a boys soccer team earned him criticism, and he was chastised by many for smoking marijuana on The Joe Rogan Experience podcast. Good or bad, Musk understands how to stay on the public’s mind. And that makes his proverbial stock more valuable in the long run.

Elon Musk is said to have a photographic memory and holds a Ph.D. in energy physics, but many of his accomplishments come from a set of well-defined principals anyone can follow.