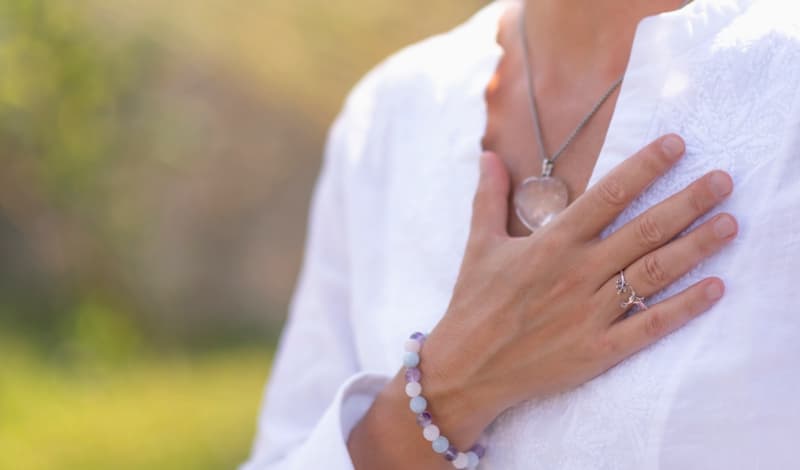 As someone who prides herself on promptness, I am more than a little tardy. In fact, one might accuse me of being over a decade behind. But, better late than …  Really, there is no excuse.

When I began my Bucket List of Gratitude, I should have started out with the woman who gave a gift more precious than gold. Who performed an act of kindness and love more treasured than a cache of diamonds.

She saved my husband’s life.

That woman is my sister-in-law, my husband’s devoted sibling, Karen.

In 2001, my husband, Matt, was diagnosed with Chronic Myelogenous Leukemia (CML). For a brief period, his disease was kept at bay with the latest miracle drug. This respite from the ravages of cancer lasted for about 18 months. Matt’s persistently stubborn immune system had become resistant to the medication and his condition had transitioned into the acute phase. His situation was critical. Just a couple months shy of his birthday, he needed a stem cell transplant immediately to garner any hope of making it to his 40s.

Karen was declared a match and the best hope for her brother’s survival. Without hesitation, she agreed to be his donor.

Collecting stem cells is much more complicated than giving a pint or two of blood. The contributor undergoes an arduous process of preparation before the process of “harvesting” can begin. For five days, the designated donor receives injections to increase stem cell production. These shots have their own set of significant side effects. Karen experienced them all including headache, bone and muscle aches, nausea, insomnia, and fatigue.

Finally, it came time to gather what had been sown into Karen’s bloodstream. For a woman who is deathly needle-phobic and highly claustrophobic, it was the stuff of nightmares. She sat in her chair of torture, queasy and weak, for nearly 12 hours. A bed pan and a water-filled Dixie cup negated any need to leave (or run away). The I.V. drew her blood out of one arm and ran it through an apheresis machine — a medical apparatus calibrated to thresh and reap the healthy stem cells that would treat her brother. Remaining blood products were reintroduced into Karen via another I.V. in her opposite arm.

A petite woman, Karen looked frail as she shivered in a contorted fetal position under a pile of hospital blankets. Her parents were by her side. Worry for both of their children weighed heavily on their faces. Determined as a petulant sister, Karen persevered and the transplant commenced.

On February 18, 2003, Matt was given a second chance of life through the graciousness of his sister and his brilliant team of providers at the City of Hope. In August of 2008, we unexpectedly lost him due to complications that even his stubbornness couldn’t overcome. That span of time was a bonus we never would have had without Karen.

What can I say to a woman who performed such an unselfish act of lovingkindness? This deserves more than a mere drop of appreciation. It overflows any bucket of gratitude. It exceeds the capacity of all vats of gratefulness.

Thank you for giving our family 5 1/2 more years with Matt.

Thank you for granting me 66 additional months with my husband.

Thank you for bestowing 2012 extra days with their father upon my sons. 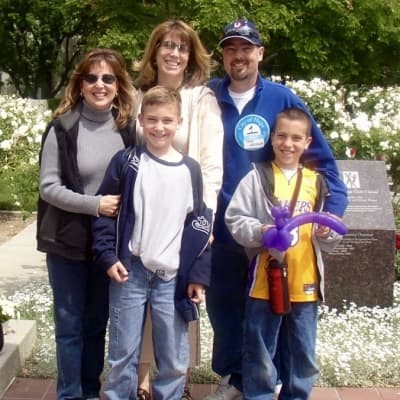 Karen, me, Matt, and our two sons-Albert & Nicholas-at the 2004 City of Hope Celebration of Life Reunion

To learn more on how you can bestow the gift of life to a patient in need, check out the National Marrow Donor Program at BeTheMatch.org.

This post was previously published on Big Girl Panties and is republished here with permission from the author.
— 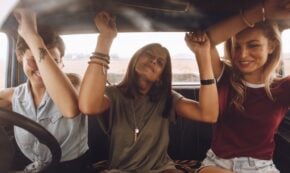 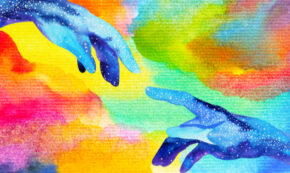 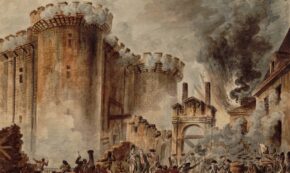 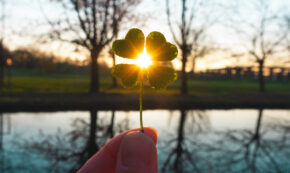