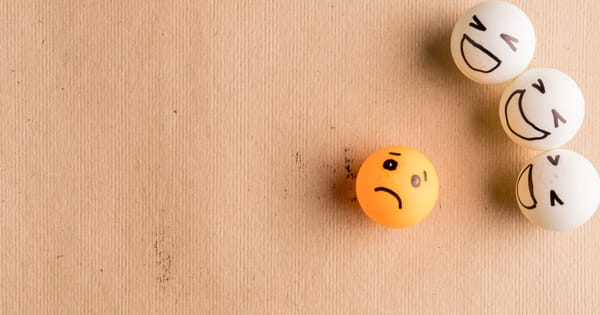 The art of living is a dance of how to use or abuse personal power. We have one of two choices, one is to have faith in the worth of our society or have fear of it. Having faith is the ability to have trust the process of life as an entity and to be in fear is to live in doubt, live in a reactionary mode of behavior. To live in fear there is always a fight for control, a fight secure your place within the larger society. To have faith you tend to have a larger sense of valuing every member of society because you recognize the purpose of the inner workings of an evolving society and you go with the flow of the unfolding.

Being fearful of the power of a person can make a person want to undermine the perceived power of the person they perceive as being more powerful, as the observed are just being their authentic self. Because of that comfortableness of a person being their full self, being naturally empowered,  the insecure person can become envious. They are emotionally and internally triggered. It is a silent reminder of who they are not.

The eyes of a bully have to see their victims as someone being less than because of their fear of the person’s natural being and power. We have committed multiple crimes of humanity in order to build our modern sense of democracy, whether it be personal or political.

Women, people of color, small statured men, sexually fluid individuals, gays and lesbians, intellectuals or any persons living outside of the accepted human box, they become targets of hate and bullying. Because they dare to speak their voices,  break the barriers of the norm, they become the targets for the fear-based bully and a focal point to direct energy to undermine the power of these targeted people, instead of building up their own individual power sources. The bullying becomes an attempt to rob the energy, an act of being an emotional vampire.

Rape, physical abuse and character assassination are key tools used by bullies practicing their art of action. These are acts of low self-esteem, fear of not being enough and the abuse of personal power. We should look at the effects of these actions and what they have done to create trauma and inequality within our society.

It has been proven time and time again, the person crying wolf is usually the wolves themselves. Preachers preaching against homosexuality and having sex before marriage many times are the very people who are practicing these acts. They will bully or character assassinate these persons to deflect the attention from them. This is a form of bullying for self-protection. The bully knows who they are and they know the desperateness of their passion for the energy of the life force. The bully is always willing to sacrifice a victim to just empower themselves. They intend to harm, intimidate or coerce, oppress and persecute for their own self-centered needs.

This fear-based behavior exists in a state of lack which translates into fear.  They fear being discovered for who they are, being persons who feel less than and use bullying behavior to cover up their fear-based emotions. They use these behaviors to achieve goals of establishing power bases which are supposed to serve our communities. But are all the members of the communities being served as equal partners, is the question.

People who understand and honor their personal power are people who do not live in a fear-based world. They may have concerns, but they are usually looking for appropriate answers to their questions of concern. Fear should be used as its true purpose, an indicator or signal that something or someone is not in alignment.

Men feeling they are intimidated by women as people of power tend to reduce themselves to being persons who need to be demeaned to create a power base for themselves..They don’t listen or value them as viable human beings because they are a threat to them, as a people, culture or sex, Instead of valuing them as carriers of our children and caretakers of our homes and family, as well as being workers within our community, they are being treated  as devalued creatures to be used. Only a person feeling less deep low self-esteem or a person so self-centered to not care, could commit these types of people’s crimes.

Because of the enforcement of African slavery for free labour, we as a people have devalued an entire sector of our communities for personal gain. In the process, these acts of aggression has stigmatize and alienated mass portions of our society. But the fear of having less drives the persons with the bullying behavior to become more aggressive in order to maintain their false sense of power. They must reflect fear and doubt in the minds of the people they are intending to subjugate. And now today, we have modern slavery which is a equal opportunity employer oppressing too many segments of our society.

If a person is empowered by committing themselves to doing in-depth personal inner work, practice the art of compassion and take the time to see and the recognition of the value of all people as a whole, then we would see the importance to honor all, as valuable working parts of an evolving whole.

This is a large slice of life’s behavior to attempt to address in one short article. Still, I must attempt to open the door, the portal of conversation and contemplation. There is so much more to be said and investigated. There is so much to do to address the fear factor of bullying which has infested our human society. Bullying is the seed of fear that has imprisoned too many of the citizens of our planet earth. Let’s address the basis of our intentions as we practice our arts of living, in this modern world.