Get Daily Email
Join/Login CLOSE
Home / Advice & Confessions / Advice for the Modern Man: My Father Abandoned Me as a Child. Should I Contact Him?
Embed from Getty Images

(Question has been modified for space and clarity.)

I’m 47 years old, and my father has never been in my life. I met him once when I was 12, and when I had kids in my 20s, I tried to contact him but could only reach his mother, my grandmother. Without asking him, she told me my dad didn’t want anything to do with me, because his wife wouldn’t want me in the picture. I was crushed.

Now, I’m having health issues, and I would like to get info on my family medical history. I found my dad on Facebook — he has a joint account with his wife — but I’m not sure if I should reach out, because I don’t want to cause problems.

“I don’t want to cause problems.”

Amid the depressing details of your story, that’s the sentence that stuck out to me. Because it’s at the heart of your struggle.

Your entire life, you have lived under the cloud of abandonment. Your father has never been around, and every time you’ve tried to come around, you’ve been turned away.

It’s natural for your psyche to be damaged, to believe that you’re second-tier and that your wants and needs take a backseat to everyone else’s.

But now this situation goes beyond your relationship with your father.

Set the emotional scar tissue aside for a second — your health is at stake, and there’s someone who could have pertinent information that could potentially ease your pain.

That has to take priority.

Whenever I need to do something I don’t want to do, I find it helpful to objectively analyze the situation from all angles.

What’s holding me back? Who am I dealing with? What are the best — and worst — possible outcomes?

Deconstructing the problem helps dismantle the mythologies I’ve conjured up in my head.

Let’s do the same for you by assessing the three potential roadblocks that stand between you and the information you need.

Oftentimes, the narratives we imagine are far more daunting than the ones we end up experiencing…

Bear with me for a minute…

Prior to my junior year of college, two friends and I decided to get a three-bedroom apartment together. I needed to save money, so I wanted to find another roommate. One of the guys told me his friend, Ryan, was looking for a place to live.

To that point, Ryan and I only knew each other through our mutual friend; we’d been in the same room with each other just a handful of times.

But now we’d be sharing one.

I realize sleeping (in the same room) with strangers is a staple of college, but I was still apprehensive.

While the other three guys moved into the apartment in June, I had a summer job, meaning I wasn’t moving in until August. So before starting work, I planned a visit.

This would be a dry run of being roommates with Ryan.

But when I got to Austin, I discovered Ryan had gone home to Dallas for the weekend.

Truthfully, I was relieved.

Why deal with something now when you can put it off ’til later?

Of course, when later came, in August, it took approximately 12 minutes for Ryan and me to fall into our friendship — a friendship that endures to this day.

All the fears I’d been feeling proved to be unfounded.

The same could be true of your father’s wife.

When you last reached out, you never did speak to her; you spoke to your grandmother, who told you how her daughter-in-law felt.

There’s only one way to answer these questions.

If you contact your father’s wife through Facebook, it’s possible she’ll be a willing ally to connect you with your father. Even if she wouldn’t have appreciated your efforts 20 years ago, she might be receptive to them now.

In which case, you’re in the same position you’ve been in all along.

So what do you have to lose?

For 47 years, this man has had an opportunity to be in your life.

And outside of one encounter over three decades ago, he’s chosen not to be.

That level of rejection would put a hole in anybody’s heart.

This is one of the two people on the planet who you inherently depend on for love and support, yet you’ve gotten neither from him.

My guess is he’s the one you’re most afraid of causing problems for, because he’s likely the one from whom you crave acceptance.

And now, in addition to these psychological scars, he could’ve passed something else onto you.

Your health is in jeopardy. And who knows, maybe your family history could unlock the source of your problems.

I understand the fear of disrupting your father’s life.

But don’t let him off the hook.

His actions have put you in this place emotionally, and the information he holds could help get you out of it physically.

You do not owe him anything. But he owes this to you.

Clearly, it won’t be easy contacting your father.

But in terms of the ways you could contact him, sending a Facebook message is about as nonconfrontational as it gets, which could/should make it a little easier.

The biggest challenge will be summoning that split-second of courage to hit Send.

Maybe you never hear back, maybe you get shut down or maybe your outreach opens a whole new world of possibilities.

When it comes to your (lack of) relationship with your father, you’ve understandably taken a passive approach.

You’ve let him, and his mother, and potentially his wife dictate the rules of the game.

It’s time to put an end to that.

You deserve to know who you are, both physically and emotionally.

Brent, thanks for picking up what is a challenging topic and holding it up to the light of self-acceptance. 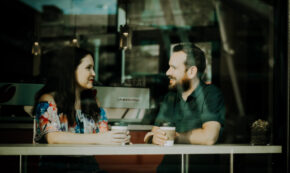 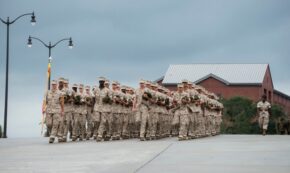 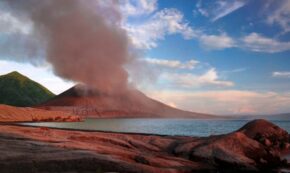 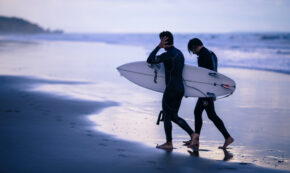 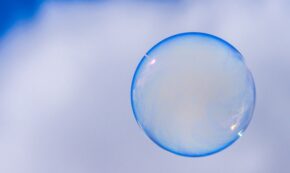 FacebookTweetPinEmailShares42
wpDiscuz
1
0
Would love your thoughts, please comment.x
()
x
| Reply
Share this ArticleLike this article? Email it to a friend!
Email sent!