Get Daily Email
Join/Login CLOSE
Home / Advice & Confessions / Are You Hung Up on a Dream You’ll Never See? 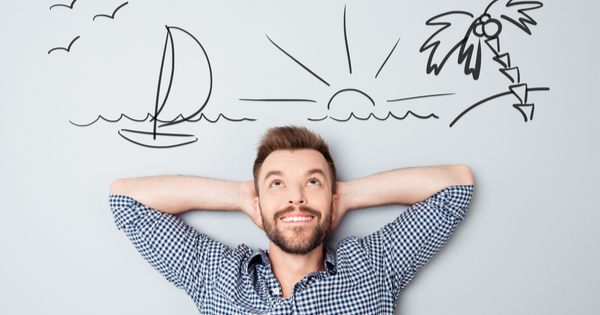 This past Saturday, my Alabama Crimson Tide defeated the South Carolina Gamecocks 47-23 in the first Southeastern Conference game for both teams. Crimson Tide QB Tua Tagovailoa threw for 444 yards and 5 touchdowns – both career highs.

Gamecock true Freshman QB Ryan Hilinski threw for 324 yards and 3 touchdowns himself in a losing effort. Ryan’s older brother Tyler Hilinski was a QB for Washington State University before he committed suicide in January of 2018.

But growing up, I always wanted to be associated with Alabama Football. To know that I was associated with the same program that produced great players like Joe Namath and Kenny Stabler and coached by Gene Stallings and the iconic Paul Bryant was all I ever wanted as a kid.

I think it was the 1992 season where this happened for me. I was 14 and a sophomore in high school. My Dad and I were coming home when we had the pregame coverage of a Bama game on the radio. And I couldn’t help but be fascinated by the nasal-voiced man with the New York accent saying the names of my heroes. And his on-air partner who spoke with the authority of a newscaster and who had the voice of a commercial voiceover actor.

From this point forward, I knew without a shadow of a doubt I was going to replace Eli Gold as the radio voice of the Crimson Tide by the time I was 30 years old. To know that Bama fans would choose to turn off the TV announcers and “listen to Ryan and them” filled me with such joy and admiration.

That alone turned this dream into a giant one-eyed pink elephant!

Life doesn’t always work out the way you dreamed as a kid. While I did work for ten years in the radio and broadcasting industry, I called one season of high school football and basketball. And while I met Eli a couple of times, I sure didn’t take over for him.

In an ironic twist, I did work with the late Doug Layton – who was Eli’s partner with the newscaster’s voice – for a couple of years. We worked together on a little AM radio station in Tuscaloosa, Alabama doing a sports call-in show. I considered Doug a friend and a mentor to me as a younger man.

Back to the Tide’s game with the Gamecocks. While I was driving to the location where I wanted to watch the game, I found something on my phone that I became quite fascinated by.

The Crimson Tide Sports Network trained a camera on the Bama radio booth and they streamed the entire game on Facebook.

Late in the first half, Bama went for a 4th down attempt around the Carolina 43 yard line. Tagovailoa hit Tide running back Najee Harris on a screen pass to the left side. He stiff-arms a Gamecock defender before hurdling over one more on his way to the touchdown.

If you have heard the replay of Eli’s call, it’s emotional, enthusiastic, and classic Eli Gold.

But his body language would tell a different story. While Eli’s current partner – former Bama QB John Parker Wilson – and the rest of the booth personnel were standing up and celebrating with each other, Eli chose to remain in his chair, and he stayed locked in to complete the call.

While he was happy, he couldn’t celebrate.

Even two seasons ago when the Tide won their 17th Championship on the now infamous 2nd and 26 pass from Tua to Devonta Smith, Eli’s call was emotional, but rather understated for the occasion. While you could hear the celebration in the background, Eli remained ever professional.

Y’know, If I had the microphone, I probably would’ve started crying on the air that night. Shoot, I’d probably hopped on the press box elevator and headed down to the field to celebrate with the players!

Am I questioning if Eli’s love for the Crimson Tide is less than mine? Absolutely not! He’s been a beloved figure for Crimson Tide fans for two generations. His daughter is a graduate of the University. And while Eli has other professional broadcasting interests, I’m sure he’s compensated well for his work as the Voice of the Crimson Tide.

And I can’t imagine plays like George Teague’s pick six in the 1993 Sugar Bowl against Miami, or 2nd and 26 in the 2018 National Championship Game with anyone but Eli on the Bama radio call.

Eli’s a professional. And he’s great at what he does.

Meanwhile, I’m a writer and life coach who supports himself by working at Trader Joe’s. A far sight from the John Forney Memorial radio booth at Bryant-Denny Stadium.

It’s like that line from the old Allman Brothers song Dreams says “I’m hung up, on dreams I’ll never see. Help me baby, or this will surely be the end of me.”

Heck, I still practice my introductions to Crimson Tide games in my car.

But this was the dream of a starry-eyed teenager. It was a big and imposing dream that was never going to come true.

It was the giant, one-eyed pink elephant of a dream from a starry-eyed teenager.

And it breaks my heart that it never came true.

Make no mistake, this article isn’t me saying you shouldn’t have big dreams. That ain’t it at all, chief. I’m a life coach after all, it’s my JOB to support people to turn their big dreams into their reality.

But I am asking a question. This was a question my coach posed to me, and I pose it to y’all.

From what filter are you choosing your dreams? Is it the filter of a starry-eyed teenager who wants nothing more than outside validation? Or is because you want to do epic s*** with your life just because you exist?

I’m a brilliant writer. There’s no reason whatsoever that I can’t get a job writing for one of the TV shows based out of NYC. Or writing for a pro wrestling organization based here in Stamford, CT!

This isn’t because I want my friends and family to be proud of me, or to think I’m cool. It’s because I’m that good.

My voice will never be played over the PA at Bryant Denny Stadium celebrating a championship. And I’m okay with that. That was a dream that wasn’t meant for me as a 42 year old man.

Is the dream of writing for SNL or the WWE meant for me? I don’t know. But I know I’m good enough to make those dreams happen.

And if they don’t, I’m just going to publish my new novel, write the screenplay adaptation of that new novel, and keep writing and coaching.

Not because I need validation from my Granddaddy (which was how the Eli Gold dream kinda started) or my parents.

It’s because I have a gift I have to share with the world.

I’m too busy setting the world on fire by being Ryan Hall.
—

END_OF_DOCUMENT_TOKEN_TO_BE_REPLACED

Facebook9TweetPin1EmailShares10
wpDiscuz
Share this ArticleLike this article? Email it to a friend!
Email sent!