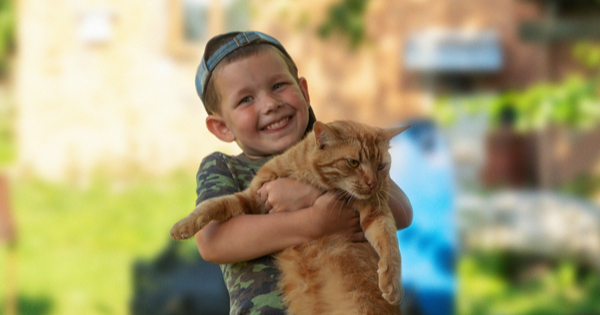 I was just closing a door and the cat wasn’t moving out of the way. Something in me wanted to close it anyway and trap the cat in the narrow space between the door and the metal screen door.

It was a curious part of me. Innocent, even. Wondering how the cat would react. Wanting to observe its potential freak out, it’s suffering.

For a moment I followed this curiosity and began to close the door. But something in me responded and I stopped. I felt something. A discomfort. It was as if, at that moment, I was experiencing the pain, the discomfort, the fear I imagined the cat may feel. Perhaps I could call this empathy, compassion.

A younger me likely wouldn’t have stopped. I have sometimes been cruel with animals. The impulse still exists in me.

But now I seem to feel in new ways. In the past, I don’t know that I would have felt the contraction in my heart at the idea of causing the cat potential suffering. So the curiosity likely would have been explored.

We wonder why people commit acts of evil. How could anyone do such a thing? Maybe it often comes down to a lack of that moment of hesitation. A lack of capacity to empathically attune to how what they’re doing may feel for another. A lack of availability to feel another’s pain within their own being.

A younger me did not feel another’s pain empathically. At least, not in the same way I do now. I wonder how much of this has to do with male conditioning that encouraged me to numb my emotions. A disconnection from my body, and therefore the body of All, that is slowly beginning to return. A lack of embodied awareness that we are all One, that their pain is my pain.

When I imagine others hurting, I’m beginning to hurt. I now have more reference points for pain through life experience. Through opening up to my own buried pain and allowing it to consume me.

Those that have numbed their emotions, those that have essentially left their bodies and live largely in their minds, may not have access to the same feeling experience others do. And they may act in different selfish ways, perhaps not because they are evil, but because their feeling experience is different. Perhaps through little to no fault of their own, the product of a patriarchal upbringing that disconnected them from their feminine nature.

… maybe this helps to explain why “boys will be boys,” and why so much pain is inflicted in this world.

A version of this post was originally posted on TroyCohen.Wordpress.com and is republished here with permission from the author.

Troy Cohen is a writer, philosopher, spiritual and personal growth counselor, and conscious relationship coach. Visit Troy and check out his blog or YouTube channel or Facebook page.