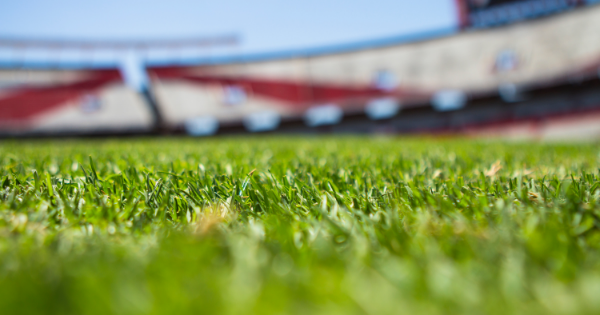 Fittingly, it was Black Friday. We were all watching the Razorbacks getting trounced by the Mizzou Tigers. It was gross, I’ll admit it. And it got my family talking about the future of the Razorbacks and the job first-year coach Chad Morris was doing.

We agreed there should’ve been signs of improvement. Things shouldn’t have gotten so nasty at the end of the Mississippi State game. The Mizzou game should’ve been closer, at least for a little while. In short, the season seemed like a regression.

Later that night, Mallory and I were in bed, and I started regretting saying what I’d said. How quickly I’d passed judgment on a man and a program which, honestly, I knew little about.

The truth is, you can’t know what’s really going on in a college football team from what you see on television. Even if you follow all the message boards. Even if you’re cousin was a walk-on who quit after his freshman year. Even if you’re a die-hard, bleed-Razorback-red, football fan — you still don’t know.

I’ve tried to turn around a football program, and even though it was a mid-sized high school team, I’d argue the principles were the same. When I took that job, I called every coach I trusted and got their advice on what to do — and more importantly — what not to do during a first season.

Their opinions were wide-ranging:

Some said I needed to get all able-bodied athletes out and playing for my team. Others talked of the weight room, the offensive, and defensive schemes. The best advice came from Eric “Old Bull” Hart (you might remember him from one of my earlier columns).

I called him after one of my best players had done something I’d deemed unforgivable, something I knew I couldn’t let him come back from. However, the idea of kicking him off the team seemed like professional suicide.

Old Bull’s advice was simple: “The only thing that matters during the first season is clearing out a space for the foundation.”

The word “foundation” gets thrown around a lot during a coach’s first year, but most forget about the work that comes before a foundation is ever laid. See, a foundation rests upon “subsoil,” which is much more solid and sturdy than “topsoil.” The process of digging down past the topsoil is dirty, it’s ugly: jackhammers and bulldozers blowing through gnarly rocks and layers of stone.

And that’s just what Chad Morris is doing to the Arkansas Razorback football team.

He’s doing it with culture and class, standing by his convictions as a father and not budging about attending his son’s high school games. He’s uprooting some of the hardheaded players, ones like Nate Dalton (the defensive back Coach Morris removed from the Tulsa game for slapping another player) and now they’re leaving the team.

The results of the 2018 season have very little to do with Chad Morris; he simply played the hand that was dealt to him. And from what I saw, he played it straight. As a result, there’s now a nice, even footing, reaching all the way down to the subsoil of the Razorback football program, solid ground upon which a foundation can be built.

Agreed. Can’t pour until it is clean.

FacebookTweetPinEmailShares18
wpDiscuz
1
0
Would love your thoughts, please comment.x
()
x
| Reply
Share this ArticleLike this article? Email it to a friend!
Email sent!