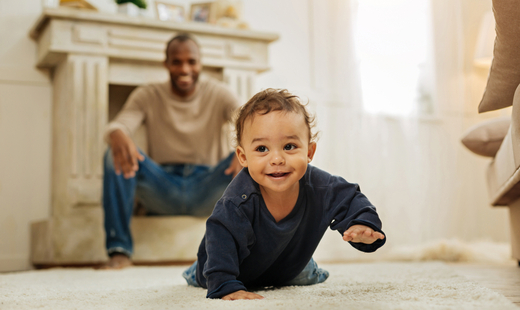 Because it was required of me to help my mother to care for her five other children, I learned to be a caretaker and a nurturer. Necessity is the mother of invention. I learned how to be compassionate and to be a person who could multitask in order to keep family life in balance for myself and the family.

It is usually thought that men were not born with the ability to multitask and women could. I believe caretaking and nurturing are learned behaviors. Not all women are maternal or all men closed off without knowing their feelings or how to express them. But when they are raised and nurtured by the other women on how to a caretaker of themselves and the family, that is what they become. I know this because I was raised to be the nurturer. Even my grandfather was a balanced version of divine masculine and the divine feminine. He was strong and compassionate at the same time. I realized later in my life, I had become my own version of him.

My life was not picture perfect and I was raised in a home of breathing human beings being their honorable and flawed selves. Yet, as a family support system, we rallied together as a mini-village which each and one of us having a job or purpose. We learned to stay in our individual lanes while working together, so we could have a smoother road to travel. We lived life within life’s terms, accepting life as it unfolded to us.

Yet even as a child, I saw the imperfections of human life. People seemed to be going either one direction or another, each and every day.  Consistency seemed to be a hard balancing act for humans to complete. It was actions of being either too much and then not enough. I always wanted life to be like a musical where you became aware of the story and then it was sung to, danced out until you had a happy ending. The art of living seemed to learn how to go with the flow and grow and expand as life unfolds to you, which means stereotypes and societal roles must evolve and change.

Change seems to be a fearful emotion for human beings, it triggers the emotions, the feelings of balance and security. It seems hard to maintain balance when in the middle of fear mode.

Being a caretaker, creating balance of health and wealth was a key component of being a good caretaker. I learned that point after many failures of trying to control life rather than just flowing with life, using the happenings of life as stepping stones to attain balance. To achieve the goal of keeping the family in balance, my mother needed me to be her right-hand man. The need was there and my role was then created.

At a young age, I learned to be a father figure while being a young child, a student and having the need to be validated. It was at that point, I began my journey of finding my validation in being needed and not just being loved for being myself. Time would teach me a new truth about how to care for a human being.

Because I loved my mother and my family so much, I began to give it all to them while leaving very little left for myself. This was the beginning of being living a life out of balance. Because I am naturally goal oriented and perfectionist, there was no wiggle room of error. I followed my mother’s instructions and learned how to take all the tasks of caretaking down the pathway in order to get to compassionate ground. I did not know I was leaving an important and valuable part of myself behind, personal charity.

As I went through life teaching, volunteering, doing community work, mentoring, marching for human rights in the 1960s and going to college to learn the inner workings of the human story and the arts that support it. I wanted balance and fairness to be practiced as our governing bodies were caretaking the lives of our citizens. I attempted to use every aspect of my being to be a living vessel of social change, my protest art and performance art. I almost lost myself in an attempt to change the world. Again, the theme of balance comes to mind. What difference would it make to me as a person if I did change the world?

Because I wanted to be a better man than was historically displayed, I worked harder to be five times better than the average man. The undertaking was exhausting and my attempts to change the ideas of what a man could be appeared to be rigidly staying in place. I was so busy living out an idea, I forgot how to be a common, everyday man, not the man who had to be five times better as a black man or a hu-man in general.

As I watch the roles of the modern man changing, getting rid of the confinement and restriction of the man box in place, I see the possibilities and the necessity for the role of the modern man to be one of balance. It is an opportunity to redefine the attitude and the commitment the modern man has for his society.

I am finding balance in being a caretaker by not taking on more than I can handle. I am realizing I do not have to be a superman, the more than average kind of guy. I can be my loving supportive self of people and the loving supportive self for myself. I am finding balance in the changing of my habits of living. I am gaining a new attitude of how to manifest goodwill, without and within. My new attitude, my way of life, is a simple one.

I will honor all lives, including my own.

Facebook18Tweet7PinEmailShares25
wpDiscuz
Share this ArticleLike this article? Email it to a friend!
Email sent!