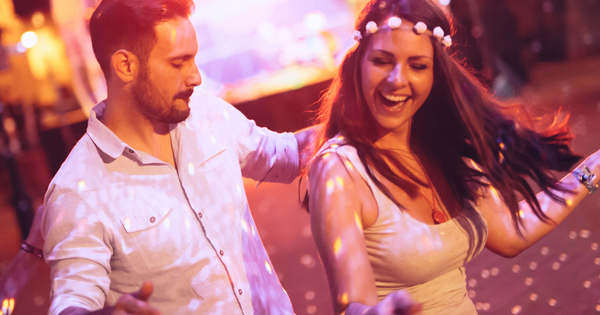 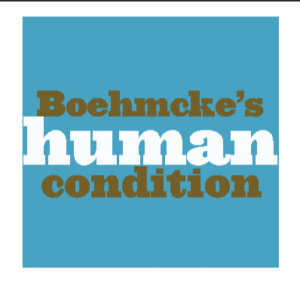 Twenty minutes in the floor is already covered in confetti.

But you can’t see it because the crowd is thick, already sweaty from jumping up and down after a couple of songs. There are balloons and of course, inflatable sex dolls with the band’s faces being batted around the room.

Barely 20 minutes in it is hard to imagine this isn’t the best night of everybody’s week, if not month. And while I knew we were going to have a great time. I had forgotten what this was like. How much energy, release, and pure joy you could pack into a room with a bunch of people who just wanted to be blasted with high energy fun, who just wanted to let go.

I realized this (minus the sex dolls) was what I wanted my wedding to be.

I turned to Annie and yelled over the music; “I want confetti cannons at our wedding!” She didn’t miss a beat. “After the ceremony or the reception?”

I do love that woman.

This is what Matt and Kim do to us. The foul-mouthed duo out of Brooklyn that plays incredibly high-energy, bordering on frenetic, electronic music that you’ve probably heard in a car or alcohol commercial at some point, just makes my fiance and I want to have an all-night dance party every weekend.

We’ve seen them play in Manhattan, Brooklyn, and now Phoenix. Each time we see them, regardless of how I am feeling when I walk into the venue, regardless of how many drinks I’ve had, I leave buzzing, wonderfully purged of anxiety and frustration. These nights become focused rainbows of light in our memory we regularly smile on for what they release us from, what they allow us, and what they feed us.

Those nights are stripped down and full of pure joy. While I wish I had been cool enough to see Matt and Kim at the DIY loft concerts they played in college in Brooklyn, I don’t feel like they were that much different than what we see on stage now.

Their stripped-down aesthetic resonates so much with me. The concert tickets aren’t expensive. The props the band throws out are cheap. Yes, there are lights and a little bit of fog machine action. But it’s just the two of them on stage. One drummer, one keyboardist, playing like maniacs, sweating their brains out, jumping around, encouraging people to push in closer to the stage “but don’t be dicks.”

And the crowd responds in kind. Yea you catch the occasion elbow to the head from somebody jumping up and down. Or you get drinks spilled on you. Which is why you don’t wear good clothes to the concert anyway. You can’t help but jump up and down, sing along, and clap like a maniac. You catch eyes with somebody else singing along and high-five them because, well, happiness.

Walking out of the venue, my t-shirt soaked through with sweat, the night air giving a chill that would be uncomfortable if it weren’t for the thrum of the concert that was still in my feet, and in my chest.

I left thinking about how true release becomes rarer the older we get.

We spend less time in crowds, we avoid sweating, and we certainly don’t look forward to having drinks spilled on us. The gravitational pull of adulthood pulls us deeper into a world of cultivated activities and recommended comfortable experiences. It is so perfect to me that in a world of, filtered, sorted, and pre-screened electronic entertainment, electronic music performed live gives us a feeling we rarely get to experience.

It’s a feeling that is hard to replicate. I think that’s why people love Soul Cycle and spin classes so much. They are an excuse to get sweaty and out of breath to loud music with flashing lights; to feel spent. Not enough energy left to care about the miasma of our unwanted responsibilities.

We are all overwhelmed and anxious. I don’t know anybody that couldn’t deal with some kind of catharsis. I hear it behind the stories people tell and the way they talk about their lives and obligations. So many of us have ended up in a world we didn’t plan for. A world that would have seemed foreign to us in our 20s.

Being an adult means collecting responsibilities the way I used to collect baseball cards. Every so often I pick up a new one, organize it, categorize it, and revisit it to see how it fits in with the rest of my collection. Wondering if I could trade it away but realizing I’ll probably be stuck with it. It affects my head. It affects my heart. But I know, it doesn’t need to be that way.

Halfway through the concert, while jumping up and down I remember thinking to myself, “Wow, I can still jump (relatively) really high.” My next thought was “My calves are probably going to be really sore tomorrow.”

And I smiled even bigger because it was worth it.