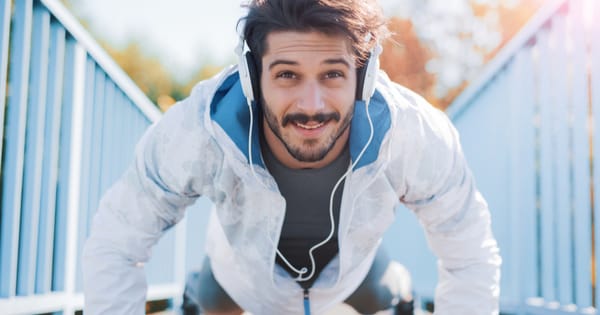 What is motivation? According to psychologists, it is made up of those factors that prompt activity, provide direction, and sustain goal-directed behaviors. In other words, motivation is the reason behind what you do and say. It is the desire that gets you moving toward a specific goal, and it is the fuel behind personal improvement.

Experts have a lot of ideas about motivation, such as the theory that the body’s need to experience a state of equilibrium is the driving force behind behaviors and an alternate theory suggesting that biological tendencies, or instincts, motivate specific behaviors. In spite of the differences in determining its origins, there seems to be an agreement among experts that achieving a goal begins with establishing three components of motivation: direction, persistence, and intensity.

Whether you want to learn a new language or start your own business, you need to put your ultimate goal into words. You must identify the driving force behind (and in front of) the necessary hard work. This means more than deciding how you will achieve the goal (i.e. coming up with your plan;) it means acknowledging that change must be made.

Sometimes, this first step, the decision to get started or the desire to improve, is the hardest. This is because acknowledging the need for change often requires taking a close look at yourself and recognizing areas of weakness. In general, people are very comfortable with their established values and beliefs.

Psychologist Leon Festinger developed a theory of cognitive dissonance in the 1950s. Festinger noted that people will go to great lengths to avoid inconsistency between attitudes and behaviors. This doesn’t always lead to good results. For example, a person who smokes and knows that it’s bad for their health may search out information that downplays the risks of smoking. Thus, the first factor of motivation is recognizing the need for improvement.

The next factor is acting out the steps to achieving the goal. As you persist in practicing athletic drills each day or spend time contacting potential business partners, you move ever closer to success. In his book, The Greatest Salesman In The World, Og Mandino said, “In truth, one step at a time is not too difficult.” Many individuals hoping to make significant changes in their lives may disagree.

Adults and children have many demands on their time, including work, family, community involvement, church, and recreation. Within each of these areas, there may be multiple streams of demands. It’s easy to lose momentum and progress when you’re pulled in several directions. Persistence, however, means returning again and again to the goal, until new habits have been formed. Without this necessary element, motivation becomes ephemeral and disappears entirely.

Finally, be devoted to your own success. If you are truly motivated to lose weight, your workout will be more intense than that of someone who doesn’t have a reason to exercise. Motivational intensity is described as the strength of the movement toward or away from a situation or event. A lot of studies have been completed regarding the strength of pictures, videos, goals, and monetary rewards in increasing or decreasing motivational intensity.

Improving motivation is often difficult, and many people don’t “get motivated” until they are in danger. For example, they may face cancer from smoking or bankruptcy from poor financial planning. One effective way to make changes before hitting the danger zone is to transition from extrinsic motivation to intrinsic motivation.

Examples of extrinsic motivation include earning an award at the end of a soccer season or getting paid to do chores. Any decision to engage in a specific behavior to earn a reward or avoid punishment is motivated extrinsically. These external rewards may work very well for a short amount of time, but the value of the reward will decrease in the eyes of the individual eventually. This means that a student working toward a good grade will lose motivation long before a student who is learning because they love the subject. That internal desire to learn for the sake of learning is an example of intrinsic motivation.

As you seek to improve your own motivation, be sure to combine direction, persistence, and intensity. Look for intrinsic rewards and transition away from extrinsic rewards. Personal improvement may be hard, but it is rewarding. With each successful change, the next becomes a little bit easier.

Sheldon White is a book worm and photographer by hobby! He completed his graduation in computer science from Hill College, Texas! After graduation, while doodling from jobs to jobs he's finally got his first right path to follow which led him towards his dream. We've finally got a content writer by passion, who took the guts to make his passion his profession by contributing as a fulltime content writer. Nowadays, he's concentrating on various blogs, sharing his experiences with the world.