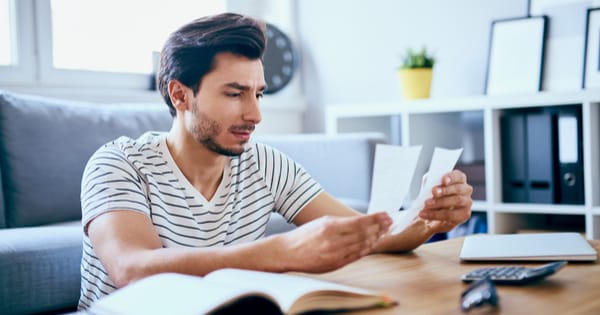 This is going to be fun…

I am writing this from a terribly scary place in my life. Right now, I’m technically homeless. I’m not exactly living in my car; I’ve got a roof over my head. But this is a scary time in my life.

If you’ve been following me for any length of time, I’ve been in a conflict with my (now) former landlord. Things went south with that relationship. And not the good kind of south either #rolltide.

I’m working two jobs, building a coaching business, and writing a new book. But moving needed to take precedence over everything.

I slept barely a wink last week. And I still wasn’t able to get completely packed. I’ve still got a ton of stuff at my old apartment that’s being held hostage. Some priceless stuff.

One of the things still at my old place is my laptop charger. So, in lieu of my dead laptop, I’m writing this piece on my iPhone. Not ideal, but words are words.

Speaking of words…when I handed back my key, some words were exchanged. Primarily from my former landlords.

But I’m now free. As of now, my stuff ain’t free. But Pete and I are free.

I’m sharing this because I firmly believe this will end up being the best thing to ever happen to me.

I’ve got an eviction on my record. I’m going to have to scramble to get a deposit together to actually get a new place. But it’s all gravy.

Dwayne Johnson had been cut from his Canadian football team. His body was beaten up. And he was exhausted. He checks his bank account and saw that he had but $6 and change in his account.

He was pi**ed off. He was angry. And he was bitter. His dream of pro football stardom was over.

But he had a moment where he realized this was a wake-up call.

“The world was going to hear from me.” And he started training.

His grandfather and father are both WWE hall of famers. He trained to be a wrestler, and the rest is written in the stars.

One doesn’t become the most electrifying man in sports entertainment overnight.

My $7 moment happened when I got evicted. When I found myself homeless and as depressed as I’ve ever been. My anxiety was on fire. Pete was terrified. And so was I.

Earlier this week, I sat down to pray. And I couldn’t get started. I found myself doubled over in tears.

Truthfully, I wished I was dead.

My first step was to call the suicide hotline to talk me down. I mean I wasn’t truly suicidal, but the thoughts were greatly disturbing me.

Next, I met with a coaching client.

Then I made a Facebook live video where I laid everything out on the table. I cried, but it was a breakthrough for me.

I got so many messages of support and help. “Did you know that X is a pastor at Y church?” That kind of thing.

After that, I met with a guy who I think is an angel in human clothes. Giving me access to an Airbnb rent-free for a few days till I get my next paycheck.

I had a great night sleep. I had some powerful conversations with some amazing friends! Including one, I haven’t spoken within a couple of years!

I have hope. And hope – while it doesn’t pay the bills – is the most valuable currency in the world.

There’s a coaching lesson in this that I’d love to share.

Life isn’t always going to show up the way you think it’s going to show up. You think I dreamed of getting evicted? Yeeeeeah…if you believe that I’ve got some story to tell you. Like when I recently met Scarlett Johansson at her oceanfront villa in Wyoming. I flew there on my pig.

Full disclosure, I didn’t do these things until it was almost too late. So do as I say, not as I did.

As I look at my situation. It’s scary. It’s disturbing. And it’s red meat for my anxiety.

However, without a doubt I see this being a prime opportunity for me to create some gold. It’s like my rockstar friend and coaching colleague Christina said to me one time, “the only difference between pencil lead and a diamond is time and pressure.”

My life isn’t where I want it to be yet. But there will come a day when I can look back on this with pride.

Think about it, when I am delivering major talks, writing New York Times bestsellers, and being interviewed by Oprah, I can look back on this with pride.