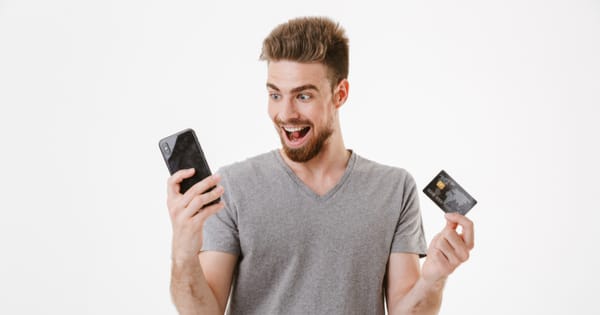 The first time I ever used any sort of airline miles I was 23 years old. After years of unintentionally flying on the same airline, I had accumulated over 50,000 miles, which, back then, was enough to get me a round trip ticket to the Mediterranean. I sat in the living room and booked my ticket over the phone. No computer in front of me, no website open. I spoke to the US Airways rep for nearly an hour as she patiently built my itinerary and answered dozens of my questions. Ultimately she booked me into Istanbul and out of Zagreb. Completely free. It was like magic. I didn’t know points were a game I could play and win.

It was six years later when I opened my business that I started heavily researching the kind of corporate credit card I wanted. A corporate credit card was the pièce de résistance for an entrepreneur. All signs pointed to the SPG Amex. I had seen several of my entrepreneur friends slide one out of their wallet. It was an instant status symbol; purple and sleek with a cult-like following because of it’s incredible signup bonus. The more I read about it the more I wanted to join the cult.

So I got two. One personal and one business. Within the year I had earned 80,000 points. I felt like a Vanderbilt.

It was around this time I started hearing about travel hackers, the community of people traveling around the world with nothing more than a MacBook, a spare pair of underwear and a Moleskine full of blog topics. I didn’t understand how they figured out how to beat the system. I read their guides, I tried to understand their advice. But most of what they were doing seemed incredibly complex and confusing.

I was trying to get to level two, everybody I read about was on level 26.

Every couple of years I would open up a new credit card with the most generous bonus. And when I had gotten the most out of the points I would close the card. It was a strategy that worked very well for my girlfriend and I.

Points paid for plane tickets to California, Calgary, and Ireland. They paid for hotels in Santa Monica and Arizona and our entire vacation to Thailand. All trips we wouldn’t have been able to afford otherwise. But while the points I earned were largely a function of circumstance, I convinced myself I could do better, earn more.

Determined to propose to my girlfriend in Ireland, I researched how to use points, which credit card to open, and how I could do it for free. Except, I wasn’t really looking for the best way, I was trying to prove what I believed was the best way. I was so focused on my own confirmation bias, on getting the card I thought I needed, on hitting the spend minimum to get the bonus to afford the tickets, I didn’t realize the airline taxes and fees would roughly equal the cash price of the tickets.

So I put them on my credit card and stored the points to use later.

That experience didn’t sour me on points, but it did put the kibosh on trying to beat the system. To truly embrace a travel hacking lifestyle means fundamentally changing behaviors and spending habits. I kept thinking there was an easier way. The award charts, point valuations, conversion comparisons; I wanted to skim all of it to get to the one trick I could use. But it was never that simple. There was work involved. Work I was only willing to do half of.

I was compulsively following the writings of the travel hacker community; increasing my awareness without changing my habits. I just liked knowing. It made me feel smart.

Gradually I got sick of it, the minutia, the dissection of the free cocktails in premium economy, and the critique of service at level 7 hotels in Mallorca. It just wasn’t relevant to my life. So I cut off my consumption almost entirely. And yet, nothing in my life has changed. I had convinced myself being up to date was everything. And it was actually nothing.

Information is addictive. I kept hoping for the one nugget I could learn that would change everything. And there was something, it just wasn’t what I thought.

Points are like anything else in life. They are a currency, an experience. And they are as valuable as you allow them to be. You can earn as many as you can commit to. It is so enticing to read stories of people flying around the world in first class. It makes me ask the question, why not me?

The problem is, like most things, I am interested in the results more than the process. This leads me to embrace and resist at the same time. I know now there is a certain level of effort I am willing to commit to earning points for vacations. Spreading my focus thin to different tactics and tricks and credit cards doesn’t work for me. I still like reading about it occasionally, the big sign up bonuses, where I should transfer my points for the most value. But I’ve become OK just being a level 2. Level 26 requires more than I am willing to give.

We signed the contract for our wedding venue this weekend. And part of the hotel’s offer was 90,000 points to use at their brand. I told our planner I was obsessed with points and he laughed as he told me he loved giving them away since they didn’t feel like real money to him.

So, before we signed the contract I negotiated for 30,000 more points.

I couldn’t help myself.