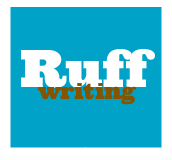 Alexander Graham Bell said it best. “When one door closes, another door opens, but we so often look so long and so regretfully upon the closed door, that we do not see the ones which open for us.”

What does that mean to you?

I know what it means to me. For every bad event there is an equal or greater good event, you just have to pay attention. I wasn’t always a good fellow. I guess you could say I was more of a good fella. I ran the streets, I hung with the hoods. I did all the wrong things that I thought were cool. Until one day that all came to an abrupt end. I was arrested and had to spend a year behind the wall. Not something I am proud of but it is something that taught me a very valuable lesson. In retrospect, I learned when the spirit shuts a door, another door opens. Sort of like Alexander Graham Bell. I guess you can say great minds do think alike.

At this particular time in my life I was spiraling out of control. Doing any and every thing in the book of a crook. The spirit has a way of talking to you, you just have to listen. The spirit slowed me down through the arrest. At the time, I didn’t know any better. I blamed a so-called friend I was with for his clumsiness. But in all reality, the spirit was telling me to slow down. Snatched me up off the streets and put my life as I knew it on pause. “Get your act together, my son.” I can still hear the words as if they were spoken today.

You see, most folks are too attached to the past, too devoted to the familiar days and times, and therefore, miss opportunities that are right under their noses. Or right above their noses, in front of their eyes. When we focus our sight on the bad we lose vision of the good. We don’t allow for ourselves to see the positive when dwelling on the negative.

Don’t focus on the past. Don’t dwell on the bad things. Always go forward.

Look ahead to the future and keep on building. All plans are not promises of prosperity. Things go astray. You win some. You lose some. And when we lose, we tend to focus our attention on the loss—the closed door. We see only a closed door and are left with feelings of frustration and unhappiness. But if we are able to shift our sight away from the closed door and pay attention, we’ll notice that another door has opened for us. We’ll see and recognize that the event we thought was so bad was actually a good one. A blessing in disguise.

As opposed to blaming my so-called friend for the mess I was in, I adopted the attitude that “one man’s fault was another man’s lesson.” I learned so much from this situation, you wouldn’t believe it. I even remember when I went out for a job beneath my skill set, but I needed employment. I was willing to take this job as a dishwasher. But the owner told me that he didn’t want to hire me because he didn’t think I really would do the work because my resume was so much better than the position I was willing to take. So, I walked out still unemployed, broke and without a real future. And then about a week later, I was offered an interview which turned into a job offer with a company thirty times better than the one I was willing to settle for. The spirit shut that door and opened a much better one for me.

Now, I’m working at a company with benefits and all. Growing and advancing within and couldn’t be happier. Well, the spirit could open that door to the million dollar lotto ticket. I’ll be paying attention. I’ll maintain a certain level of inner peace. This will help me reject unwanted, negative thoughts and become more open-minded, positive and happy. When the mind is at peace, it’s easier to detach yourself from the past, keep an open mind, and therefore, see more clearly the new doors that open for you. I’ll be watching out for that open door to the lotto.

Saliek Ruffin began his career as an author in the late nineties. He officially took to the craft as a career in 2014 and is currently working on self publishing his first national, literary project, Rhymes With Funny. When he is not writing short stories and blogging about everyday life, he performs stand up comedy as Freak Saliek. You can visit him at www.SaliekRuffin.com.

Facebook111TweetPinEmail1Shares112
wpDiscuz
0
0
Would love your thoughts, please comment.x
()
x
| Reply
Share this ArticleLike this article? Email it to a friend!
Email sent!