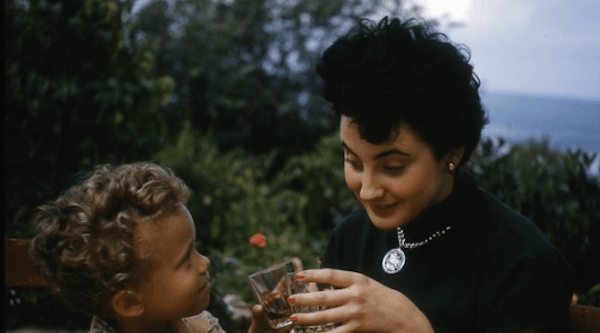 After all of the letters and documents were found and organized into a coherent timeline of events, in preparing to write the epistolary memoir, “An Extraordinary Life: A Story of Love, Hate, Betrayal, and Redemption,” I wrote the following note to my French sister Jeanne:

I have one question, at what point in your life did you learn about me? I was 19 [actually 18] when I learned about mother, you, and others in France. I wish I had known. It must’ve been awful for everyone involved to not have been able to see me again. I really feel for grandmama and grandpapa who never saw me again after the summer of 1951. I spent that August with them in St. Jean and that was the last time they saw me.”

Jeanne responded with the following note:

“… as far as what point in my life I learned about you; I don’t know exactly but it has always been somewhere since I was a kid that you existed, but nobody talked about you it was just there somewhere in my mind; the real day you became real was when I was around 10 years old I guess; we were on vacation in ‘la fate sur mer’ the place we used to go to every summer with Colette, mother, and father; I was sitting in the living room, mother was in the kitchen and my father was not too far from me and Colette was probably far from us when suddenly I heard mother screaming in the kitchen; I could remember having paying attention to that scream and my father told me she received a letter from Daniel (we knew that was your name and mother’s son) and he tells her he just discovered she is [his] real mother. I knew before, that your grandmother was writing to mother to give her some news from you. I could not tell you the date of day it was but I remember exactly the scene.”

Reading the above paragraph overwhelmed me, for I could only imagine what it must have been like “emotionally” for Sophie to finally hear from me, her son—the son she was never allowed to write to directly. The son who didn’t know of her existence.

I have been waiting for this letter for 18 years and reading it I cried very much, but now you know you have a mother who lives in France and never forgets to think of you. I always had news from your grandmother in America and your French grandmother who always write to one another. But not permitted for me to receive news directly but now. I hope to receive news of you without any person between us; and I hope with all my heart, we shall often be able to do it.

Perhaps you know you have 2 sisters in France, one is 12, she is in England to perfect the language, the other a little devil is eight years old. They know about you very much, thanks to photos I have received. I followed all the years your progress at school and the high school and now, I am sure you will succeed in becoming a good cosmonaut. You seem to be a clever man who knows what he wants.

I shall tell you a few words of your French family and your sisters, you have an uncle, my brother who is your godfather who is married, besides your father knows his wife and they have two children, a ten-year boy and eight-year-old girl. At the end of my letter I’ll give you their address and if you want then to write, they will be very pleased.

Now, I can not send you photographics because my husband only takes films, but I am going to take my camera and try to do something ????? for sending photo graphics.

My little Danny excuse me but I called you so when you were a little child. Write me very often something else. I ask you to thank for me the person who brought you up because I’m sure she did it as if you were her son.
I give you my address at the end of the letter and my greatest desire is to see you coming home. I heartily kiss you.

Your Mamma who loves you.

Today I still shed tears reading my mother’s letters and think about how different my life would have been if my father had let me visit her as I was growing up. However, I also understand his reluctance to let me visit. He was so afraid that I would not be returned to him and that Sophie would invoke the French divorce degree which provided custody of me to her. In the final analysis, my father did to my mother Sophie what he was afraid she would do to him—deny her access to her son.

“Nobody will replace his mother, there is only one mother in life and she can never be replaced. Your son will carry with him the rest of his life – what you have done to him, and you believe yourself to be a good father.”

My father found a wonderful substitute mother for me in Johnnie Reiter. Johnnie provided an excellent home and I always felt safe in the family. However, in hindsight, I wish I could have grown closer to my French family and wished my family would have insisted that I learn French in high school instead of the Latin I learned.

A couple of years before Johnnie passed, she and I sat together in her assisted living home in Coronado, across the bay from San Diego, and talked about life in general. Unexpectedly she turned and asked, “Was I a good mother?” My unequivocal answer was “Yes, I couldn’t have asked for a better, more understanding and compassionate mother than you.”

Sophie and I were able to physically visit one another in 1977, 1979, 1984, and 1986. Our last “visit” was via Skype in 2008 when my niece Margeaux came to visit. After driving cross country with us, in 1986, to San Diego to meet my father and stepmother Johnnie, Sophie penned the following words to P. Frank:

“I will be 63 or 64 years old. Danny is here to remind me of my age. I have burnt so many candles and said so many prayers to see him again. We must never lose hope.”

As I completed the writing of this story, my daughter said, “Dad, you really were the skeleton in the closet.” Her statement was later echoed in a note from a cousin who wrote, “The story is answering talk that I heard in hushed tones.”

It is unfortunate that I never got the chance to really know my mother. The fault lies with both of my parents, P. Frank and Sophie. In divorces, children are oftentimes used as pawns and weapons in the fight between their parents.