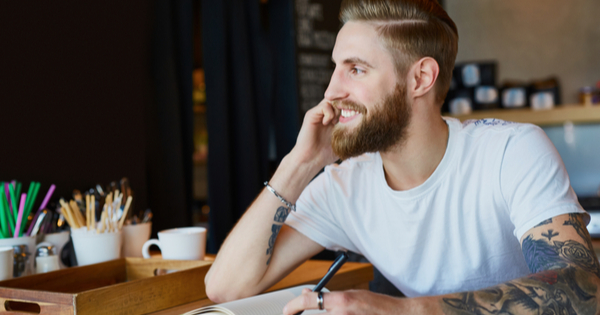 When I look at the number, it seems ridiculous: 339 notes in 11 different notebooks.

Those are the statistics of my account on the digital note taking platform Evernote. Over 100 of those notes are recipes, half of which I’ve never made. Nearly 30 are for the business I owned. There are 47 in a folder just called “Randomness.”

As long as I have been able to make folders, I have had one called randomness. For writing, for photos, and especially the various files on my computer I don’t want to throw out. Scripts I want to read. Quotes I love. I file it all away for the future.

It is all some iteration of trying to remember prompted by a deep fear of forgetting.

When I was younger, around the age of 15, list-making was a way of establishing myself. Proving I had enough of anything to qualify as something. It probably started as a way to occupy my mind in boring classes. Having no drawing ability I wasn’t much of a doodler. But I would write snippets of things. A sentence or a rhyme. And lists. So many lists. There was something so gratifying about them, a kind of handwritten accomplishment.

Getting my first personal digital organizer, a Palm Pilot IIIc (in color no less!) was a way to keep lists with me at all times. From the outside I might have appeared as a highly organized pre-adult, structuring his life with copious note-taking. The notes I took, however, told a different story:

There were other lists too. It was and still is, a way to codify my life. I love connecting these ideas, gathering them up, and putting them where I am able to see them and ultimately (hopefully) get them out of my head. Not doing so means allowing them to rattle around in there like a bunch of marbles in a dryer.

I feel the same way about playlists. Making mix tapes in high school was a creative experience. Cueing up the blank tape. Waiting for the song. Rushing to hit record before the lyrics started. Napster and blank CDs made the whole process easier. Even today with Spotify, the lack of effort does not change my love of making playlists. For my fiance, for focusing, or simply for giving a home to a bunch of seemingly disparate songs which, at least in my mind, have a common thread.

Once I see a correlation between items or ideas, I cannot let them exist only in the ether. I must commit them to paper or digital ink as it were. It solidifies the connection for me. Allows me, again hopefully, to move on with my life. Sometimes it will turn into a larger commitment or a project, but mostly, creating the list is gratification in and of itself.

Sometime in my 20s, while backing up hard drives, I accidentally deleted every one of the thousands of songs I had downloaded. I also deleted all the pictures I took during my “digital camera years” which was roughly between the ages of 22 and 26.

When I realized what I had done, I had this sinking feeling of terrible guilt. Like gravity was pulling my intestines into my shoes. I had lost so much! I couldn’t even remember all the things I just lost.

Which begs the question, if I can’t remember what I’ve forgotten, does the memory or its impact lose value?

I don’t think so.

When my memories existed only in my head, they felt more precious, more personal. I do not know if I intentionally valued them more, but happening upon them revealed a more significant gravitas. As memories became megabytes relocated to the “the cloud,” their infinite capacity prompted unlimited anxiety of letting go.

The promise of remembering everything made me afraid to forget anything.

These days, our minds are no longer relied upon to imprint or store. Resonance is not amplified but divided. We have access to instant replay for every day of our lives. And because we do not have to remember on our own, there is no real reason to.

I have been with my fiance now for four years, so it is fair to say I have told her almost every single one of my stories at least twice. Realizing this, early on in our relationship, meant whatever cache` my semi-interesting stories held, was now gone.

But the more time we spend together, time spent unplugged from the world but connected to each other, the more I am genuinely excited by a random memory cued up by something we are doing. A story or anecdote long forgotten that is as emotionally charged as it is random. Experiencing something I hadn’t thought about in decades, and sharing that with my partner is such a refreshingly silly and joyful moment.

But I think that inclination is part of what drives this whole practice. This idea of, I don’t yet but maybe one day I will. It requires some amount of self-delusion. Which is just proof that while the fear of forgetting might be real, the actual necessity of those things I fear forgetting is probably far less than I first imagined.

I don’t think I will ever stop making lists. Nor will I ever stop deleting them. The lists I make and the folders I create have this kind of emotional reverberation for every stage of my life. At a certain point, it stops entirely. It is in those moments, when I pay attention to them, that I can comfortably hit delete without worry.

Facebook12TweetPin2EmailShares14
wpDiscuz
0
0
Would love your thoughts, please comment.x
()
x
| Reply
Share this ArticleLike this article? Email it to a friend!
Email sent!