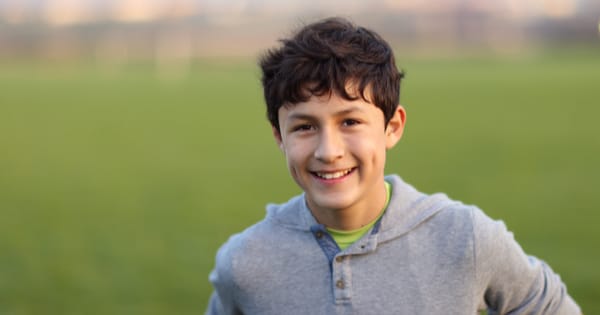 My neighbor Anthony wheeled the freshly painted black and yellow BMX bike towards me. “Careful,” he said as I reached for the handlebars. “The paint is still wet.”

I was 10 and basically incapable of not touching anything. Feeling was believing. So, of course, I touched the frame leaving a tiny fingerprint where “RICHARD” had been hand painted in black on the yellow frame. In a parking lot near the mall, he had found the bike with the front wheel disconnected from the fork. Somebody had just left it. He brought it home, fixed it up, painted it, and gave it to me.

Anthony was my across the street neighbor. Almost 20 years older than me he lived with his parents and two sisters. Our families were very close. We were always over at their house for birthdays or holidays. They came to my Little League baseball games. They were as much a part of the fabric of our lives as any of our blood relatives. And while our suburban street had a handful of boys around my age Anthony inhabited that special space between teenager and what I viewed as an “adult.”

As kids, my friends and I talked about what we would do when we were older. Older was this amorphous time frame when everything would click and I would finally be cool. Anthony was exactly that. He was athletic and did musical theater. He had an earring, a Lego phone, and a car on which he had painted all kinds of cool symbols, including the Superman logo. He was his own being, impervious to the microcosm of tribulations of my pre-teen life.

Up until my teenage years, I was fascinated by this very specific age group of people older than me. Just beyond the reaches of my age group, but not so far beyond as to be full adults (whatever that meant). I think most kids are fascinated by older kids. There is a magnetism there. A desire for the things they already understand and can do. They are physically bigger. Intimidating but also impressive. Where were they going? What were they doing with their friends? I spent a lot of my time orbiting them, watching from as close as I could get, hoping for an invite into their world. Craving their attention.

And their attention was awesome. Hanging around these guys who had escaped boyhood, be they my older cousins or my neighbor Anthony, made me feel cool. In hindsight, these guys were more decent than most. Who wants to hang out with a 10-year-old kid? Who but a compassionate, empathetic, generous person would spend time shooting the sh*t with a boy whose life experience was limited to video games and playground drama?

As a kid, I only ever saw the rooms of my friends, and maybe those of their older brothers. But they were often off limits. Seeing and hanging out in Anthony’s decidedly messy room was a recalibration of the understanding my mother had instilled in me that a messy room was essentially treason. It was like being a visitor on another planet, a planet I might one day be able to live on.

As boys, we model our behavior. Even great fathers (of which I have one) and tremendous male role models (of which I had many) can be powerless against the appeal of older boys. We mimic them. We behave the way we think we should so as to fit in. Say things we don’t mean. Hold back things we wish to say for fear of being teased. We tread this tightrope of confidence, connection, and belonging, and generally end up swallowing more than we share. The recognition from those not-yet-men figures is a kind of self-concept accelerant.

It was a strange and foreign experience to observe somebody like Anthony who seemed to have such a unique life. The lego phone, the earring, the painted car. He was free and the rest of us were shackled. The neighborhood kids started calling him Superdad for a while. I have no clue whose idea it was or why. A lot of things that made perfect sense as a child defy even the fuzziest logic as an adult.

There are stories we are able to create, narratives, identities infused with technicolor for those we admire. Being near those people is to benefit from their stardust, the afterglow of their bioluminescence. To be around them is simply enough.

To receive a gift from them, a gift pieced together, repainted and branded as mine and mine alone, one I could ride around the neighborhood and show off… was the greatest form of recognition. A christening. A way of saying, in the words of Elizabeth Gilbert;

“You are worthy dear one, regardless of the outcome.”

A message every boy needs to hear.

A message I was lucky enough to receive.