Mark D. White responds to Tom Matlack’s Post “What Is a ‘Good’ Man?”

Though I never asked him personally, I was one of the people to whom he responded in “What Is a ‘Good’ Man?” I have been wondering what the difference was between being a good man (in particular) versus being a good person (in general), or what elements of goodness were unique to men and not universal to men and women. Every time I tried to imagine traits that made men good, I could not see why they would not make women good as well. Good is good, right is right, virtue is virtue, and none of them depend on gender. What could be more obvious?

But then Tom wrote the following:

Yes, being a good parent and good spouse has universal elements, but the challenges faced by dads in a world where stuff like The End of Men is the frame of reference is different than the struggle by women to be good mom’s in a world so heavily influenced by the feminist revolution.

And I smacked myself on the forehead. Idiot. (Me, not Tom.) He hit the nail on the head, but let me put my own spin on it.

In moral philosophy we talk about ideal and nonideal theory. Ideal theory tells us what we should do in a world in which everyone is doing the good or right thing. Don’t lie, don’t hurt people, love your neighbor, and so forth—assuming that everyone else is doing the same. But let’s face it, a lot of the time we are tempted to lie or raise our hands in violence in response to someone else’s immoral action. We often use violence to defend ourselves against violence, we lie to shield ourselves from the impact of someone else’s lies, and so on.

Ideal theory would forbid these actions, but c’mon—what are we supposed to do? Nonideal theory recognizes that the world is not perfect and there are people in it who do not follow the rules of morality (or, at least, not the same ones as you do). There are people who will lie to you, steal from you, and hurt you, and nonideal theory recognizes that you are allowed to do the same things in response. (This does not automatically sanction every act of retaliation, but at least it keeps the option on the table.) It’s not ideal, but that’s the point—the world we live in is not ideal, and good people do not deserve to suffer at the hands of bad people just because they cannot fight back.

So what does this have to do with the “good man”? In an ideal world, in which the beliefs and preconceptions we have about men and women are the same, the moral expectations and judgments we would make of them would be the same too. Strength and courage would be longer be considered male virtues, and kindness and warmth would no longer be considered female virtues, but they would all be considered human virtues. And that’s the world from which I had so much trouble answering the question of what traits are unique to a “good man.” But that’s not the world we live in, and that was my mistake.

In the real world, there are different expectations made on men and women. There are different preconceptions of how a man and a woman will likely behave—or should behave—in certain situations, preconceptions which are unfair to everybody. We are working to change those preconceptions, and they are changing and will continue to do so. But even as we work to change them, we have to accept that for most of the world right now, they are very real. And that’s the world is which we can justifiably ask what is unique to a “good man.”

These expectations wouldn’t matter so much if so many of us didn’t succumb to them, internalize them, and then pass them on to our peers and our children. Not all men behave like pigs with women—that’s the myth—but of course some do. And those who do may have bought into the myth that all men are pigs and said “hey, I guess I’m supposed to be a pig. And you oughta be a pig too, buddy—and you too, son. It’s what they expect of us; it’s just what we are. Why fight it?”

The meaning of a “good man” is unique because the preconceptions about the “bad man” are unique. But even though the problem may be easy to see, the answer is not, and that’s why defining the “good man” in general and universal terms is futile. In the end, each man has to decide for himself whether he wants to follow the script he’s given—or write his own lines. And that’s where the project of the good man begins.

Yes, Good men are hard to find.. It took me until i was 40 to find a good man.. They are out there but sometimes it takes a long time to find one… A good man in my eyes has morals and values and put his women and family first..

This has been bothering me for a while.

What the hell is that in the mouth of guy in that picture?

I am seriously impressed,it is my understanding you are married, the good ones get snapped up quickly!

Now where can I find another “good woman?”

I’m hardly a ‘good woman’. I just ask a lot of questions.

I also tend to be outspoken and rather dominant. I suspect certain subsets of the MRA movement would find me quite unpalatable in person.

I’m not trying to go for the throat, I’m usually aiming for any inconsistency that I identify. I’m annoying that way.

I also tend to be outspoken and rather dominant. I suspect certain subsets of the MRA movement would find me quite unpalatable in person.

That would be a misconception. Assuming that MRAs like submissive women or whatever. That’s a generalization that may or may not be true, but it certainly doesn’t apply to all.

I don’t know if this comment is relevant but…

Feminism was about challenging and deconstructing what society felt women owed men and their families.

Yet being a ‘good man’ is about promoting men’s obligation to society, family and women.

Isn’t it interesting that we are talking about ‘bad men’, men who live for themselves, who disregard the needs of others, simultaneous with promoting a social philosophy in which women justify removing all their obligations to anyone but themselves and call that female empowerment?

Isn’t it interesting that it’s still a struggle for women to be able to fulfill their obligations as humans to do right by themselves, to achieve their goals, even when those goals don’t happen to include promoting society, family, or men?

@ CD “Isn’t it interesting that it’s still a struggle for women to be able to fulfill their obligations as humans to do right by themselves, to achieve their goals” What force is stopping them? And why is it that women ‘struggle to do right by _themselves_ and achieve _their_ goals’ considered the priority for women? Is ‘doing right by themselves and their goals’ generally seen as a priority that men should aspire to? Good for women is being defined by their own goals, not by everyone else’s goals for them; good for men is being defined by everyone else’s… Read more »

I think the point is is that despite advocacy to the contrary, “the average woman” following the script tends to subsume her own goals, dreams, identity, and achievement desires into identity roles that society has prescribed for them (wife, mother, girlfriend), whereas despite advocacy to the contrary, “the average man” tends to subsume his own moral feelings to the societal script that a man has certain needs and tendencies that he should just accept and give into. In both cases, the problem is about the erosion of integrity in favor of a societal script, and both men and women are… Read more »

Not to belabour the point, but you are illustrating exactly what I’m saying CD. The appropriate priority for women is _themselves_ in the feminist narrative. Simultaneous to this narrative is the ‘good man narrative’ in which a man’s priorities should be society, family and women and not himself.

To cite a recent and obvious example, note the public reaction to the Italian cruise ship that sank. Suddenly, we were back in the 1900s and everyone was appalled that the male passengers weren’t gallantly giving up their lifeboat seats to save the women. It seems that the model and expectations for “good men” haven’t changed at all in a century, while women have made progress in exploring their alternatives.

Yes that puts it well. 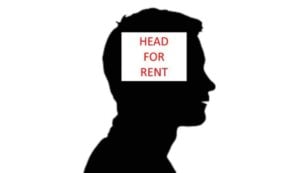 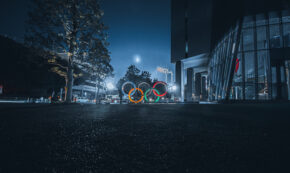 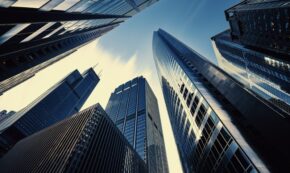 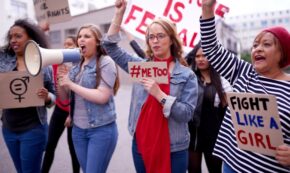 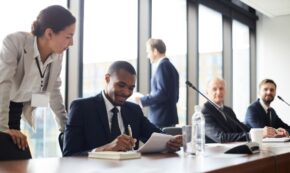 This website uses cookies to improve your experience while you navigate through the website. Out of these, the cookies that are categorized as necessary are stored on your browser as they are essential for the working of basic functionalities of the website. We also use third-party cookies that help us analyze and understand how you use this website. These cookies will be stored in your browser only with your consent. You also have the option to opt-out of these cookies. But opting out of some of these cookies may affect your browsing experience.
Necessary Always Enabled
Necessary cookies are absolutely essential for the website to function properly. These cookies ensure basic functionalities and security features of the website, anonymously.
Functional
Functional cookies help to perform certain functionalities like sharing the content of the website on social media platforms, collect feedbacks, and other third-party features.
Performance
Performance cookies are used to understand and analyze the key performance indexes of the website which helps in delivering a better user experience for the visitors.
Analytics
Analytical cookies are used to understand how visitors interact with the website. These cookies help provide information on metrics the number of visitors, bounce rate, traffic source, etc.
Advertisement
Advertisement cookies are used to provide visitors with relevant ads and marketing campaigns. These cookies track visitors across websites and collect information to provide customized ads.
Others
Other uncategorized cookies are those that are being analyzed and have not been classified into a category as yet.
SAVE & ACCEPT
wpDiscuz
14
0
Would love your thoughts, please comment.x
()
x
| Reply
Share this ArticleLike this article? Email it to a friend!
Email sent!