Get Daily Email
Join/Login CLOSE
Home / Advice & Confessions / Until Then, I Love Being with Myself 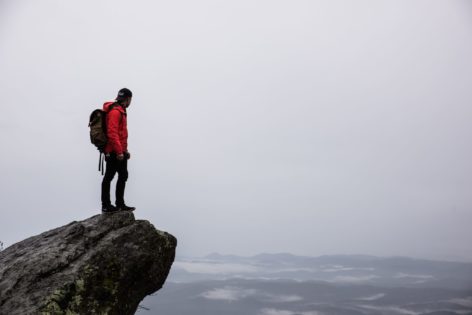 I wanted to have someone to hike with today, but I don’t.  I can’t go by myself. Too many women have been raped or killed on that trail alone in my area.

It isn’t that I don’t like my own company, I do.  I love being alone in nature.

I recognize the fact that I’ve not been accepted by society or friends (I don’t know anyone that truly is that or has that). At least, not my definition of “friend”.  My whole life; I’m 55 and here it is, the same story.

I’m different and yet really not – people just see me that way because I don’t gossip, have a vice or buy into group mentalities. Talk about oppression!

People see that I’m who I am and that isn’t ‘safe’: for them. Though they automatically can tell I’m a trusting person, they are attracted by it but it isn’t a reciprocal thing. For me, it has to be.

Then I am alone even when I’m with a man….. and I don’t know what “true intimacy” feels like when it is sustained and not there to “make an impression on me”.

I want it and I don’t know how to get it…( is that even true?).  I keep attracting emotionally immature and unavailable men (which isn’t hard because there are so many of them). Actually, it isn’t a gender issue, and it’s worldwide.

I attract gossipy and catty women because that is what my mother was… and as much as I turn from it and move away from it, it just is there. I don’t know how to stop it. What I can do is clean off my glasses, be more diligent in looking for it.

I’ve sometimes acted as if my mother isn’t “that” person and continued giving her “ammo” on me…. because I didn’t anyone else… so I pretended, she and I have a good relationship…

We don’t…. I’m coming out of denial.  I cherish what we do have. I had more than any other kid I knew. They were envious of what I did have. I’m still grateful. She did and does the best that she can based on the beliefs she got handed down- like worn out clothing from the past.

I’m still expected to do more, be more than anyone else and yet this the same weapon they use against me.   I didn’t sign up for this. I’m careful to give that which I desire to someone that isn’t able to give it.

I’m just now realizing the past few years that includes getting that back from someone, else just move on.  I was caught up in the idea that we accept people the way they are, flaws in all. That doesn’t mean accepting as a friendship when indeed they are not capable of what I give.

I lack human connection and while the world promotes totally autonomy….. I’ve realized that Brene’ Brown has a point… about connection and belonging…Being the one that decides who gets to be in the arena with me. Something I’ve not really had much of…and yet when I talk to others they experience the same thing.

Finally, I get it, IT ISN’T PERSONAL. It’s just so common.

We are confused, as a society, about what trust really is!  We are starved for authentic connection and healthy attachment. We’ve just had to make do with that which we’ve had.

So, until that time, if it ever comes, I’m totally happy being my best friend, loving who I am, what I’ve become and I love being with me (except when I don’t).  I truly do!

Photo by Ashley Knedler on Unsplash

I work with Men and Women to Awaken the Conscious part of themselves that knows how to love deeply. Passionate about the human experience, human behavior, and psychology for 26 + years. Into spiritual awareness and connection through questioning our beliefs, changing our reality. Mentoring people to connect at a higher level with themselves and others. To love deeply, freely and open up to be authentic. https://consciouslyawakecounseling.com/

Facebook12Tweet2PinEmailShares14
wpDiscuz
0
0
Would love your thoughts, please comment.x
()
x
| Reply
Share this ArticleLike this article? Email it to a friend!
Email sent!