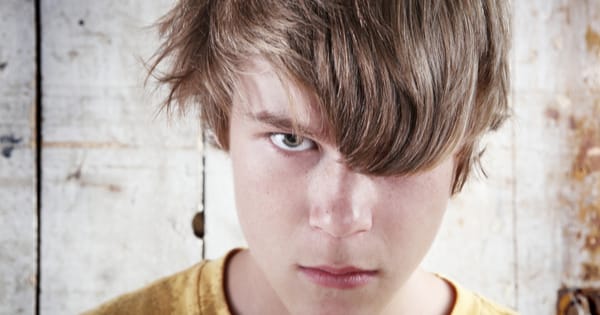 My wife is a survivor from a long-term abusive marriage. Her ex was a violent alcoholic who succeeded in intimidating and manipulating her to the extent that she had pretty well given up on her life, or on ever having one in the future. Luckily for her – and me – he made one big mistake; otherwise, he might have been able to keep her completely under his thumb for the rest of her life. He began to verbally abuse her older son from a previous marriage.

At that point, something deeply maternal must have kicked in and she took the step she hadn’t feel able to until that point – for all kinds of reasons that can probably only other survivors of violent relationships can properly understand (although I know a hell of a lot more about that now than I used to) – and left him.

As well as intimidating and controlling her in numerous ways throughout their relationship (except for the very early days), he applied a similar level of coercion to his own son for the thirteen years that they lived together. That boy is now 15, and for the past year or so, he has started to act out some of the abusive and controlling traits of his father’s behaviour in relation to his mother.

This aggressive acting out coincided with him becoming physically bigger than his mum, and is always worse when he comes back from a weekly afternoon visit with his father – who although he is on a restraining order, still has legal access to his son and lives quite close by. It has also intensified since I became a part of their lives, and I guess it’s no surprise that this man is filling his son’s head with nastiness about me, even though he knows nothing about me.

As well as intimidating his mother, my stepson is very negative towards me. I’m embarrassed to admit that at first, this was quite a shock to me. I naively thought that because I’d taken him to a football match, and shared a few other ‘fun times’, he would start to like and accept me. I now know it’s going to take a lot more than a few treats from me for that to happen – predictably because I have in a sense stolen his mother from him, and especially considering how very untrustworthy the previous significant male in his life had been.

The hardest thing for me to cope with is how nasty and aggressive he is towards his mother. It’s bad enough when I’m there, and sometimes it’s all I can do not to drag him to the front door and literally kick him out. But from what she tells me it’s much worse when I’m elsewhere – and because we’re not living together at this stage, that’s at least half the time.

From what my wife tells me, how her son treats her is in many ways a mirror image of his father’s behaviour and is especially upsetting to her because he resembles his father physically and in how he speaks to her, which is perhaps not surprising as this was the main role model for him in a formative time of his life – and this triggers many painful memories for her.

At first, I was very confused about the obvious pleasure my stepson seems to take in deeply upsetting his mother. She mostly treats him with nothing but kindness and generosity, but it seems as if the nicer she is with him the more viscious he becomes. I tried asking him why he was being like that, and his answer – which I’m inclined to believe – is that he ‘didn’t know’. But he clearly got a lot of satisfaction from it at some level and was unable to stop himself doing it.

But I think that observing and trying to make sense of my stepson’s behaviour with his mother has helped me more clearly see and understand his feelings which may be at the root of male anger, violence and abuse against women. That is to say ‘male insecurity’ and a desperate need for reassurance and power.

I can see that when he is attacking her, he is actually defending himself from his feelings of powerlessness and weakness. And the only way he knows how to compensate for those feelings is to intimidate someone who he sees as weaker than himself, such as his mother. On top of this he has an expectation of being criticised by her – and refuses to believe that she loves him in spite of everything she does for him – because he knows how much she ended up hating the man that he most resembles; a man who also made him feel afraid and powerless when he was younger.  So part of his aggression towards her is a kind of resentful anger and ‘revenge’ for her expected rejection. I believe that obvious pleasure he feels at upsetting her comes less from enjoying seeing her in pain than from the relief of lessening his own pain of feeling powerless.

This nastiness to his mother seems like an addiction for him – a futile attempt to fill a void he senses inside himself because his father never passed on the ‘mantle of masculinity’ to him by being a worthy role model and by passing on praise and recognition to his son. And like all addictive strategies it actually makes the feeling he’s trying to overcome worse, and so easily becomes an uncontrollable spiral. Fro what I’ve read this is a trap for many adult abusers as well

I learned that because he is coming from a place of weakness and defensiveness, the worst thing either of us can do is respond with any kind of counterattack – because that only results on him feeling more threatened and lead to more aggression.

But blaming him or being angry with him for his behaviour, however unacceptable it is, is completely ineffective as a means of trying to bring about any change in him. He is so insecure about himself, as a person and especially as a young man, and so hungry for some kind of male affirmation and self-esteem, he will do anything, to boost that in himself. Asking him to stop abusing his mother has about as much effect as telling a starving man, not to steal food. He does it because he feels compelled to. And the only way of encouraging him to change is by providing some other form of psychological ‘nourishment’, which will reassure him that he is becoming a man and has value as a person.

I can understand that some of his feelings of powerlessness are because, although I chose to be with his mum, and vice versa, he wasn’t consulted! So from his perspective, not only am I diluting and distracting the attention he was used to getting from his mum, and preventing him from feeding his need to feel powerful by upsetting her, and he’s been more or less forced to accept me in his life whether he likes it or not. The effect of this on a boy who’s desperate to demonstrate and express his growing masculinity is not hard to imagine.

I feel all I can do in response is to continue to offer him my acceptance as a person, along with a rejection of his damaging behaviour, in the hope that eventually I can be a positive role model and can demonstrate to him that he doesn’t have to engage in aggressive behaviour to justify or prove his emerging masculinity. And to try to find ways of reassuring him that there are other ways of being a man than those modelled by his damaged father, or by much of the mainstream media, and in this way to try to break the cycle of male fragility in him and the toxic masculinity that it fosters. Most of all, I must try to make sure he doesn’t take all his buried male fears and insecurities into adult life, because if he does he’ll risk becoming an abuser like his father.

I believe the only response from me that has any hope of preventing this is to try to strengthen his sense of self-identity and confidence with patience and compassion, combined with boundaries in relation to his behaviour, and clear consequences when those boundaries are crossed. This is very challenging for me at times, but he’s certainly giving me some good lessons in anger management, and in not taking other people’s behaviour as a personal attack, and gaining the perspective to see his aggression as first and foremost an expression of his pain.

The important thing for me to try to remember is that boys like my stepson are the men of the future. If the men of the present are finding changing from old and destructive patterns of masculinity challenging, working with ‘pre-men’ to free them from the fear of ever revealing or sharing the normal human feelings of fragility and insecurity, may be the best chance we have of working one-boy-at-a time towards a future of mutual gender respect and affection, and creating the kind of safe and loving world for all men and women that surely most of us want to live in.

Very interesting piece, thankyou. Re the comment, “But blaming him or being angry with him for his behaviour, however unacceptable it is, is completely ineffective as a means of trying to bring about any change in him. He is so insecure about himself, as a person and especially as a young man, and so hungry for some kind of male affirmation and self-esteem, he will do ANYTHING, to boost that in himself.” My deep discomfort, however, is that while his behaviour is tolerated, the HARM to his mother and other girls and women is very serious. Should we really let… Read more »

Facebook331TweetPin2EmailShares333
wpDiscuz
Share this ArticleLike this article? Email it to a friend!
Email sent!