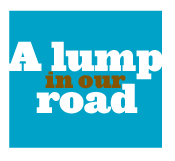 Excuse me a minute, but can I say “nipple?”

It’s a word we don’t say much, especially in mixed company, but, well, it’s kind of important.

In all the conversations I’ve had about breast cancer, this little word has never been mentioned. Ever.

The fact is that many breast cancer patients lose their nipples when they undergo lumpectomies as part of their treatment. It almost happened to me.

When I got diagnosed with Triple Negative Breast Cancer, my small rural hospital sent me to talk with a surgeon even though I hadn’t yet seen an oncologist. I’ve talked with many patients, and from what I understand, that’s common practice.

I sat there in a daze, taking in the information but not really comprehending what she was saying. It didn’t help that this well-meaning surgeon talked faster than an auctioneer and used a lot of words I had never heard.

While she talked, I did my best to refocus. “You’ll probably lose your breast,” I heard her say. “I won’t know until I get in there, but we can build you another one. And either way, we’ll give you a tattoo that looks just like a nipple. They’re very realistic.”

My husband thanked her and led me out of the room. “You’re not having a mastectomy tomorrow,” Gary said in the parking lot. “We need more information.”

I am thankful for his clear thinking.

Because of Gary’s level headedness, I was able to see an oncologist who took an entirely different approach. The oncologist recommended chemotherapy first to shrink my tumor. Then, my new surgeon performed a nipple-saving lumpectomy.

While I was blissfully anesthetized, this surgeon made a tiny incision along my areola, the dark part of the breast that surrounds the nipple. She removed my shrunken lump, and I was left with a virtually invisible scar and a breast that is largely unscathed.

I’ve had no reconstructive surgery, and my nipple is intact. Undressed, I look normal. Well, as normal as I ever have.

Of course, I was prepared to do whatever my doctors recommended. If a mastectomy would have been advantageous, I would have done it. But in my situation, a lumpectomy provided the same statistical outcome with less invasive surgery.

So why is this information newsworthy? Because before I changed doctors, no one told me that this nipple-saving surgery was an option. In fact, I had never even heard of it, and it didn’t occur to me to ask.

When a patient learns that she has breast cancer, especially if it’s the super aggressive triple negative variety, she has to make a series of complicated decisions quickly. Getting up to speed is difficult, especially since a lot of mental energy gets used up processing the diagnosis.

In an ideal world, patients would have the time and resources to research treatment options and pursue the ones most suited to them. But that doesn’t always happen.

While I am profoundly grateful for my healthy body, I am also grateful that it looks largely unchanged even after the rigors of cancer treatment.

Because my husband insisted on a second opinion, because we slowed the process down long enough to take a breath, because I was fortunate enough to find a different surgeon, I got a better outcome.

If you are going through breast cancer treatment now or you know someone who is, tell her to ask her doctor about nipple saving surgery. It might be an option, and if it is, you have a right to know about it.

Because nipples are pretty.

And it would be nice if someone could save yours too.