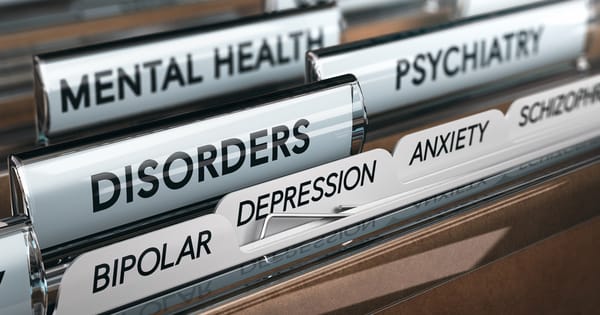 For those of you who lived through the 1970s, 1960s, 1950s, and before, you probably remember that if you suffered from mental health issues in those times, you were regarded as having something fundamentally wrong with you, or worse, you were thought of as just plain “crazy.”

Fortunately, progress was attained in awareness, treatment, and legislation regarding mental illness through the decades. However, we still as a society have a long way to go. The stigma for those struggling with mental health issues remains and that stigma can create real limitations (social, employment) for these persons.

The National Alliance on Mental Illness (NAMI) is the country’s biggest grassroots organization whose purpose is to create better lives for those suffering from mental illness. They have cited these statistics:

-18.5 percent of adults or 43.8 million experiences mental illness in a given year.

-21.4 percent of youth ages 13–18 experiences a severe mental disorder at some point during their life. For children ages 8–15, the estimate is 13 percent.

-Improve program coordination among federal agencies that assist those persons with mental illness.

-Improve integration within the Medicaid system for physical and mental healthcare.

-Emphasize early involvement in the treatment of psychosis.

In an article from Mental Health America entitled “The Top 10 Facts about the Mental Health Reform Legislation in the 114th Congress”, it states “The mental health system is deeply broken and underfunded. While these bills lay a foundation for reform, they are still only a beginning.” Other important aspects and ramifications of these bills include:

2)   The Substance Abuse and Mental Health Services Administration (SAMHSA) will take on a larger role in helping the government assist those with mental health conditions.

3)   H.R. 2646 designates the government to come up with a proposal to limit the incarceration of nonviolent offenders with mental illness to ten years.

4)   Although there will be more sharing of substance use information in more integrated health care systems, this will not allow police or employers to view it and use it against you.

Citing the facts that 1) half of Americans living with mental illness received no health care in the past year and 2) the current suicide rate is the highest it has been in 30 years, Mental Health Reform is circulating a petition urging people to tell their Senators to pass S. 2680.

Suicide and the AFSP

Founded in 1987, the American Foundation for Suicide Prevention (AFSP), alarmed by the considerable rise in youth suicide since the 1970s, has battled this challenge by:

-Connecting masses of people who have lost a loved one to suicide.

-Receiving the participation of those in the clinical and scientific communities who conduct research on suicide prevention.

-Creating a lobbying and public policy arm to press for legislation at all levels of government to further the goal of suicide prevention.

-Organize Out of Darkness Walks, now in 360 cities across the country, to help raise funds for AFSP’s mission.

In an editorial for The Huffington Post, Michelle Obama stated, “Sadly, too often, the stigma around mental health prevents people who need help from seeking it.” Whether we like it or not, a mental health crisis is upon us. Along with the other statistics, the alarming suicide rate and more recently the incidences of mass shootings has pushed the mental health debate into the forefront. The awareness of the problem brings with it a responsibility to meet its challenges. We cannot afford not to act.

My name is Steve King and having grown up in a Los Angeles beach suburb, I have now lived in the Philippines for six years. Being retired, I now have lots of time to indulge one of my hobbies which is both creative and freelance writing. I also love reading, watching news/sports/movies, traveling, exercising, playing piano, and playing with my dogs.

Facebook18TweetPin1EmailShares19
wpDiscuz
Share this ArticleLike this article? Email it to a friend!
Email sent!