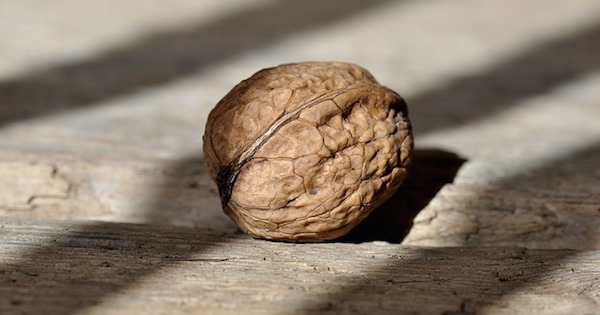 Today marks a special moment in my life. It’s the two year anniversary of when I last had two testicles – or as I like to call it, my orchiectomyversary. Although I was initially upset at the notion of being a Uniballer and almost kept it close to the chest (though the groin would be more accurate), I have fully embraced that label and wear it on my sleeve. I do mean that quite literally, as I have numerous wristbands that talk about balls that I wear regularly.

Last year, I reflected on how I’ve grown since losing one. But this year, I’m going bigger. Right here, right now – I’m taking a stand and making a bold proclamation.

If you’re unaware of how to do a self-exam, they’re best done during or after a shower when the scrotum is relaxed. Just place your index and middle fingers under the testicle with your thumb on top. Firmly but gently, roll the testicle between your fingers. Any lumps or changes should be checked out by a doctor ASAP. (If you were too lazy to read all of that, click here for video and picture directions.)

They should take about two minutes and be repeated every month, for a grand total of about 25 minutes a year. In the case of a testicular cancer survivor, less area to check means that it takes half as much time. I’ll take my extra twelve minutes, thank you very much.

Even though I’ve had testicular cancer once, it’s still important for me to do regular self-exams. About 2 in every 100 testicular cancer survivors will develop testicular cancer in their remaining testicle. However, as I write this, I now realize that my friends and fellow survivors, Dave Fuehrer and Matt Wakefield, have those 25 minutes all to themselves since they are both flatbaggers. Maybe less really is more.

Since becoming a Uniballer, I have decreased my average mile time from about a ten-minute mile down to around a 7:30 pace. Some may say that this is because I actually have been investing in exercise as self-care and following a strong regimen of fitness and healthy eating, but I say this is all bologna.

It’s definitely since I have one less sphere down below. It was holding me back. Imagine if I had it removed in high school when I was varsity cross country – I could’ve been a contender.

Now to be fair, I have no idea if this one is true, but it makes sense to me. There is one less baby-making organ, so the doctor would have to do half the amount of snipping. Haggling on eBay is one of my favorite pastimes, so I’ll be negotiating with the doctor if I ever get a vasectomy.

A big question I always get when I tell people I’ve had testicular cancer is if I can still have kids. To be honest, I have not had my fertility checked since chemo, but generally, it returns within two years. I’m not 100% decided if I want kids or not, but even if my little swimmers never recovered, there are a million or so on ice up in northern Virginia.

As a male elementary school teacher, I was often compared to the unicorn, since a guy teaching younger students is almost a mythical sight. After I woke up from my orchiectomy two years ago, I realized that the prophecy had become more literal – except my single appendage was located further south.

According to UnicornsRule.com (yes, this is a real site I am citing), unicorns live in families of four or five. Yet the Band of Ballers has a membership of over seven men right now, with more to come. The bonds are strong, even upon meeting for the first time. I recently was e-introduced to a fellow survivor, and my first question to him was right or left. Within the world of the uniballers, nothing is held back, unlike unicorns who are rarely glimpsed. Furthermore, our lone member is a heck of a lot less pointy and potentially murdery.

Thus, we can concretely conclude that uniballers are actually superior to unicorns – though I cannot promise you a cursed half-life if you drink my blood.

When asked what it’s like to have one less testicle, the Lefty to my Righty, CHECK15 founder, and fellow WEGO Health Award winner, Kyle Smith says, “I just have a little bit more room down there…” (He has slightly more… detail… if you click on the link). While I won’t be as ballsy as him in this post, he’s right. During my recovery from the orchiectomy, I switched from standard boxers to boxer briefs, and I have to say that they fit much nicer than they would have prior to surgery.

Even if you’re one of those strange men who still have both testicles, which is complete overkill, you can still wear boxer briefs and not have to worry about developing testicular cancer. Unlike the 40 percent of men that CACTI surveyed who believe that tight underwear, spin class, and too much sex causes testicular cancer, this is not a proven cause.

Having one testicle cuts my risk of getting struck in the balls by approximately 50%. It’s a minor trade-off, but I have to look for silver linings wherever I can. Nevertheless, testicular trauma does not cause testicular cancer, but I’m pretty sure I’ve had enough physical pain between the surgery, chemotherapy, and lasting effects.

When introducing myself to new people, I generally say, “My name is Justin, and I have one ball – try not to stare.” This usually shocks people but leads to a good conversation about testicular cancer. Using The Blunt Approach from “Six Ways to Talk About Testicles” is my forte, only slightly beat out by The Pun Game Strong.

Sometimes, my talking about testicular health comes before I can even do my standard opening. A few weeks ago, I was at the Young Adult Cancer Conference in Washington, DC. No sooner did I say my name than a woman in the room shouted, “Oh I know you! I follow you! You’re that ballsy guy on Instagram.” While I do like to think I am on the ball on my social media game, I’m not to be confused with Mr. Ballsy.

Either way, being a known Uniballer helps people normalize talking about testicular cancer and men’s health. Case in point – my mother, who sent me the delightful text message below just a few weeks ago. Two years ago, I don’t think my mom would have sent me pictures like that – although I kind of wish she would stop now.

However, this is no surprise – I seem to have a problem completing a full set nowadays.