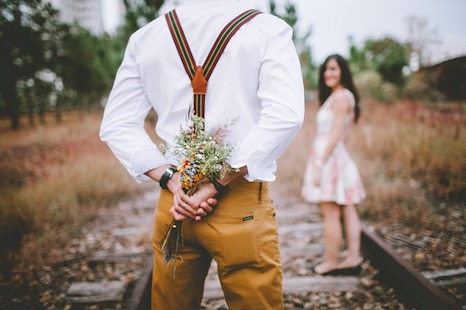 Last week, I visited the post office to pick up some packages I had received. I thought I was picking up one or two parcels. Instead, two boxes and four of those flimsy package bags were waiting for me. Blame it on Black Friday deals, it seemed that I had over-shopped again. As I walked to the door, silently panicking inside about how in the heck I was going to open it, a young man walked in. He saw me with my hands full of packages. I noticed him hesitate momentarily before turning around and opening the door for me. I thanked him hurriedly and headed out to the parking lot.

That hesitation didn’t last very long, but it was just long enough for me to notice it. I thought about it long and hard, and I decided that maybe men are getting a little confused.

Women are becoming more and more independent. This isn’t a bad thing, but sometimes I think that men are unsure of their own shifting roles. They have to ask themselves, “Am I still supposed to take care of women in the same way my grandfather took care of my grandmother?” While many things have changed over the generations, some values are still important to the relationships between men and women.

Many women have been conditioned to let men know how perfectly capable they are of everything—opening doors, making a living, balancing work and home life. And yes, women are capable of all these things and more! But there is nothing wrong with a man showing respect and care by opening doors, pulling out chairs, and sharing their coats in the cold.

My husband used to get frustrated with me when I would absentmindedly reach a door before him and habitually open it and proceed inside.

“I could’ve gotten that door for you,” he would say.

Eventually, I realized he wasn’t just being polite. It actually really bugged him. He eventually told me, “I want to be a polite guy. My family taught me that it is polite to open doors for women. When you don’t let me open the door for you, it feels just as weird as not saying ‘please’ when asking for something.”

I know that I can open doors for myself, but if a man wants to open a door for me, that doesn’t make me any less capable. There are women like me who recognize and are appreciative of a man’s inclination to care for them. To the men I know: just keep doing what you’re doing. Chivalry is not dead. It’s still very much alive.

Tara Berg is a teacher, mom, and ranch wife in Montana who aspires to be a novelist when she finally grows up. She is passionate about spending time outdoors with her family, celebrating obscure holidays, and cooking in the kitchen. Read more at https://taraberg.net.