Sure, they’re the blood-sucking undead, but do they babysit?

I, like most people, have at some point imagined possessing super powers. My wife and I even came up with my superhero name: Shadow Cube. Shadow Cube has the ability to read people’s thoughts, much like The Shadow (“Who knows what evil lurks in the hearts of men? The Shadow knows!”) Shadow Cube can also produce ice cubes (cubes only; no ice highways, or flying icicles, or ice storms) which would be handy for chilling my wife’s margaritas during the summer season.

Since becoming a parent, however, I realize any power I have should make life easier and not add ‘saving the world’ to my already long list of responsibilities towards my offspring. This is where HBO’s True Blood provided inspiration.

The series exists in a world where vampires, werewolves, fairies, shapshifters and firemonsters all own property on this earth, shop at Costco, and presumably line up at the tax office alongside humans. Each being possesses certain powers. Among the vamps’ many supernatural abilities is their capacity to “glamour” humans. Glamouring involves staring deeply into the victim’s eyes and brainwashing them into believing absolutely anything. The stare is accompanied by synthesizer effects not heard since Van Halen’s “1984”.

I want to glamour my kids. I want to stare intensely into their eyes, and – after I tell them how much I love them, how they are the most beautiful boy and girl in the world, and how lucky I am to be their father – I want to command them: “Now, clean your room. Every day. Forever. For free. And, when you’re done that, sit facing the dining room table, don’t spill anything, use your utensils, and eat your broccoli.” I might eventually work my way up to: “Tell me you will only watch a movie if I let you get your pyjamas on and brush your teeth first. Also, sleep in on the weekend for the love of Pete!” I may have to wait until they reach physical maturity before I ask them to redo the main floor bathroom and update the entrance way. For that, I would probably also have to glamour them into watching every episode of “Holmes on Homes”, starting immediately. Yeah, I know you’re only five, but this is really useful information for when I ask you to transform the attic into a games room.

Then again, having this hypnotic ability would mean putting aside time to glamour my kids. As it is, we barely find time for a bedtime story; how the heck am I supposed to work in brainwashing?? As tired as I am at the end of the day I’d end up misfiring and instead convince my wife Alcide Herveaux is waiting in the south of France to start a new life with her. Or, worse, I’d end up putting myself to sleep and miss my PVR’d sixty minutes of escapism into the world of vamps and fairies.

Maybe I can convince one of the vampires to babysit. There is a faction of vamps in True Blood who are dedicated to “mainstreaming” – the peaceful coexistence of humans and vampires. As part of attaining this goal, they’ve given up feeding on humans, and instead nourish themselves with True Blood – a synthetic blood substitute. Surely if they can train themselves to drink laboratory manufactured hemoglobin, they can convince my kids to give up sweets; and flush the toilet when they poo; and wash their hands after they forget to flush the toilet; and wipe their hands on a towel and not my pantleg when they do remember to wash their hands.

Of course, there is a downside to being a vampire. Do I really want to live forever? I mean, even if I did convince my kids to complete all the necessary home renovations, wouldn’t I be the only one still around when everything needed more updating two centuries from now? Imagine the price of roofing tiles in 2312! A solution might be to glamour my grandkids… 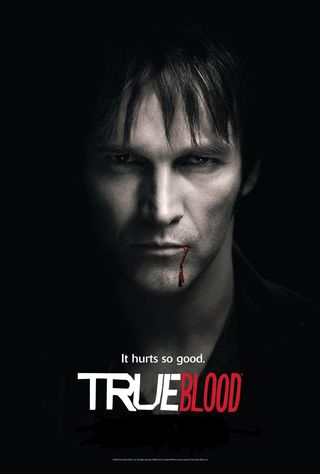 FacebookTweetPin15EmailShares15
wpDiscuz
1
0
Would love your thoughts, please comment.x
()
x
| Reply
Share this ArticleLike this article? Email it to a friend!
Email sent!