Get Daily Email
Join/Login CLOSE
Home / Politics / An Open Letter to Congress: Our Environment and the Coronavirus 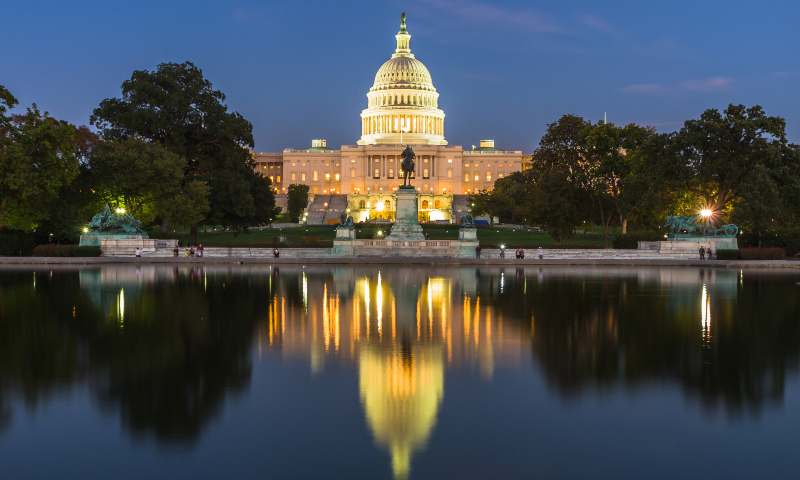 We are living in a time of unprecedented turmoil resulting from a viral contagion taking the lives of people around the globe including Americans, whom you represent and work for. For context, I am a Christian, I believe in God. I also believe in science. I believe that the role science plays is to investigate what can be understood and explained in the material realm, and that which is unexplainable and unprovable from Man’s fragile standpoint is God’s infinite wisdom. 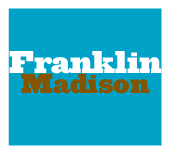 I have voted as a Democrat and have crossed party lines to vote Republican when so required. I was a Management Consultant in NYC and after 9/11 I worked with the creation of the Homeland Security Critical Infrastructure Program in collaboration with Manufacturers, local law enforcement, the FBI and other agencies. I acted as an Advisor in Technology development and Commercialization for NYSERDA, ARPAe, DOE, the Military and several NYC based Centers for Advanced Technologies. I also Lobbied on Capitol Hill on behalf of the Manufacturing and Technology Sectors for the Manufacturing Extension Partnership under the Department of Commerce. I am of African-American heritage and I value the concept of what America could be for everyone if we truly desire to do so without favoritism and a hidden agenda.

We are stewards of the planet; we don’t own it, we inhabit it. Those of us among the living are here but for a moment and, upon our demise, we too return to the earth, from which we were made. Essentially, we are intelligent compost. Our job is to preserve the planet for subsequent generations and ensure that the other living species that are part of the ecosystem, the animals, the insects, everything that isn’t human is positioned to do what it was intelligently designed to do within the confines of its God-given role.

Corporate greed and our desire to make our lives easier have harmed the planet to an extent that has never been seen since mankind arrived. We are in a climate crisis. The U.N. Report that spoke of this stated: “Human society is in jeopardy from the accelerating decline of the Earth’s natural life-support systems, the world’s leading scientists have warned, as they announced the results of the most thorough planetary health check ever undertaken.” The water is polluted, sealife is beaching itself, algae is on the rise and polar bears are emaciated as the polar ice caps are melting (some the size of small states). Bees are dying, which in itself is directly attacking our food supplies and all plant life. One million species are at risk of extinction. The Summary for Policymakers of the Global Assessment Report on Biodiversity and Ecosystem Services of the Intergovernmental Science-Policy Platform on Biodiversity and Ecosystem Service study was compiled over three years by more than 450 scientists and diplomats.

The death of our planet and its ecosystems are affecting our human existence. Our lifestyles have directly contributed to what we face now. Coronavirus is the direct benefactor of what we have done to the planet. Essentially, our destruction of the planet is leading rapidly to our own demise. Human behavior created the Coronavirus, not some secretive lab or a foreign government, and definitely not bats. Every human that contributed to pollution created this. Again, its the science.

Science is facts that can’t be denied. You can label the facts as ‘untrue” or “fake news”. Denial, however, is of no consequence in the face of reality. If we continue on this course, our planet, our children, our future will be obliterated by our own hands. Denial, in any form—no matter what the motivation—will kill our planet and us in the meantime. Denial doesn’t magically make it go away.

Our very own Centers for Disease Control and Prevention says “Zoonotic spillover” is the problem and humans cause that through how we treat the planet.

The underlying causes of zoonotic spillover from bats or from other wild species have almost always — always — been shown to be human behavior . . . Human activities are causing this. . . When a bat is stressed — by being hunted, or having its habitat damaged by deforestation — its immune system is challenged and finds it harder to cope with pathogens it otherwise took in its stride. . . We believe that the impact of stress on bats would be very much as it would be on people.

Our own NIH has reported, “Zoonotic spillover, which is the transmission of a pathogen from a vertebrate animal to a human and presents a global public health burden but is a poorly understood phenomenon. Zoonotic spillover requires several factors to align, including the ecological, epidemiological and behavioral determinants of pathogen exposure, and the within-human factors that affect susceptibility to infection” ideally, we are researching this within our own Federal Scientific Agencies, yet we ignore the science, we minimize it and we deny it, like we do the climate change. Deny it all we want, it’s going to “do what it does”.

Our own National Treasure Dr. Anthony Fauci said, “The virus isn’t a mathematical formula.” He also states “You don’t make the timeline, the virus makes the timeline.”

This is not hard to understand. Again, deny it if you will; it will still occur without your consent or participation. The virus is in control. No one is immune, everyone is at risk and it doesn’t care how much money you have, but due to the policies of our country, the poor and the forgotten among us will die. This is not what a Country does when they start sessions in Congress with prayer.

The earth is protecting itself because we are the parasite. The earth is healing because we as a species are not polluting it. You don’t have to believe me, the evidence is everywhere:

I implore our Governors to NOT follow the example and the mixed messages put forth by the administration because our lives are at stake. People will die if we go back too early, and yes, many many wealthy people will lose lots of money during this time, but when do we place people over profit? I know we are a country founded on Capitalism and Wealth first along with profiteering off of the backs of others, but when do we stop, reassess and think about saving the lives of all, not just those 50 and under? This virus is killing Black, White, Latino, Chinese, you name it….it targets us all. You included.

You have the authority to set just policies, laws, and practices that are humane, and that go beyond capitalism. We need to shut the country down now. Our banking system is sound, our financial systems are on par with no one else, but our doctors, nurses, and police officers are ill and dying. They have older relatives and children. What will it take for you to act to ensure the safety of us all?

In order to get through this, we need real leadership. Not leadership that blames or disparages people who are clearly afraid. We need you to soothe us, give us the facts and to cooperate with our scientists, our healthcare workers, and our local elected officials. This is the behavior of caring humans. We soothe each other, yet we give each other the truth.

My letter may mean nothing to you. You may see my sources as fake news, but the people infected aren’t faking. The people dying aren’t faking. What we are left with is our media that digs and digs and digs because we can’t seem to get the truth, and so yes, they will get some things wrong. But our media, our CNN, MSNBC, The Washington Post, The NY Times, and occasionally FOX News are designed to hold you, our elected officials accountable. Please do not deflect, call questions “fake news” or outright lie (as so many have done on both sides of the aisle).

I for one am grateful to our free press because they are relentless in finding out what is the truth whether or not that truth is volunteered by our government. I implore you to answer the questions when asked. When you ignore them or placate us at a time when we need your unbiased honesty, we see, we hear. The media can be annoying and yes they will ask you “set up” questions from time to time, but if you’re not lying….that should not be an issue.

The most powerful military nation on the earth is in the process of setting protocols within health care to decide who lives or dies. It’s against everything our healthcare professionals believe, it’s against their oath and they like many warriors who are suffering from PTSD.

We can reverse this. Listen to our scientists, absorb their knowledge and make sound decisions and yes, some of these decisions will involve our economic future. First, however, let’s keep everyone alive. Everyone who loses someone will recall the face of a loved one lost or traumatized by this earth-changing event. They will remember when they vote. Americans are not stupid, we are not blind. We have long memories. Do what’s right, not what’s expedient or easy. Take care of us, this is what you were hired to do.

This quote by Tamer K. Abouelnaga sums up what I and so many Americans want from you:

Corona has proved that everything around us is so temporary. Things our lives revolved around…work, gym, malls, movies, society have all gone for a toss as we are learning to live without them. It has taught us that in the end, it’s your own home and family that keeps you safe.

I don’t want to learn to live without the people I love, my family and friends. Fix this and listen to those who have trained all their lives for this very moment.