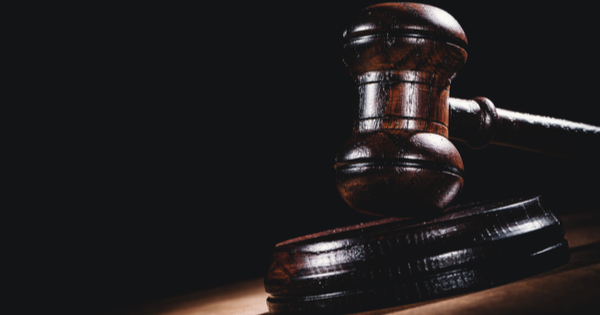 As the impeachment trial begins and the Trump defense team is assembled and paraded in front of an eager nation, it is easy to see it as a very special episode of “Donald Trump, The Federal Government Variety Show.”

This week starring Alan Dershowitz. Dershowitz made his television debut as a member of the O.J. Simpson “Dream Team”, a group of lawyers assembled to defend an ex-football player accused of murdering his wife and her boyfriend. Since then he has had to settle for the staid life of teaching the wealthy future lawyers at Harvard Law School how to defend ex-football players who have been accused of murdering their wives. But he never gave up his dream of being on a television Dream Team. Here’s your big chance, Al.

Guest-starring, no pun intended, Ken Starr. Former independent counsel who led the investigation of Bill Clinton. His lengthy, expensive, polarizing inquiry discovered at least one incidence of sexual misconduct and the subsequent perjury of a President before congress. More recently, he was stripped of his presidency at Baylor University. It was determined that “institutional failures at ‘every level of Baylor’s administration’ had impacted response to individual cases of alleged assault.”[1] So, he resigned his faculty post and moved to Fox News and began his own televised defense of the president. There was probably some monetary compensation. Certainly, there was a chance to earn some gratitude from a besieged Trump.

Dershowitz has already started mounting a defense. He states, unashamedly, and surprisingly, that “abuse of power is not an impeachable offense.” Of course, that runs counter to what the administration is saying; which centers around Trump’s claim of being a benevolent overlord who had a wonderful telephone conversation with Volodymyr Zelenski, President of the Ukraine. “The guy loves me. I love him. We are crazy about each other. We didn’t even talk about money.”[2]

It will be difficult to convict Trump of anything in the Senate. McConnell has already said as much. And, he probably has enough Republican votes to keep that promise. It is, he said, a political action, driven by an overwhelming loathing toward the current president. That part adds up, he certainly seems loathsome in so many ways.

Maybe so, but the more we hear, the more Lev Parnas talks and produces evidence the more it seems there may be more to it than simple disgust. The more we find out about the Ukrainian Ambassador, Marie Yavanovitch being followed while our President implied in a tweet that “she was going to go through some things,” the more it seems as if not everything is innocent as it seems.

But, McConnell isn’t going to scrape too deep, he doesn’t want to find anything. He has cast his lot with Trump for good or ill. There is no questioning his loyalty, and it isn’t with the people or the constitution, or probably even the Republican Party. And anything that stains the president is going to land on him too. They are linked, marionettes pulling each other’s strings. We know Trump will never be convicted of lying to Congress, he won’t go near the place. I guess absenteeism is as good a defense as any.

Storm clouds are rising and carrion birds are circling as battle lines are being drawn. It might get interesting, more than likely it will just be infuriating. The timing is questionable. It pulls Warren, Sanders and Klobuchar from the campaign trail with the Iowa Caucuses coming fast and that smells of Democratic Party King-making, but you know what the Grateful Dead sang, “sometimes the cards ain’t worth a dime if you don’t lay ‘me down.”

So, we will see what happens.

Facebook3Tweet5PinEmailShares8
wpDiscuz
Share this ArticleLike this article? Email it to a friend!
Email sent!