The company that created the game says it’s meant to help male gamers learn how to flirt and communicate with women. If that’s the case – cool. But, if “VR Travel Friend” is a substitute for the real thing because the otakus think they cannot attract women or don’t deserve a girlfriend – not cool.

Every decent person deserves to be loved and to be in a relationship if that’s what he wants. To shortchange himself with an artificial second-best or to tell himself he doesn’t deserve a real girlfriend is tragic.

I have not been able to find information on how many people think they are not worthy of a relationship but from what I’ve read it’s rooted in low self-esteem.

The episode that stayed with me the longest is about a man, Tom McDonald, who lives in Australia. He has a relationship of sorts with a cam girl, April Frost, who lives in the US. They connect on her cam girl channel. He pays by the minute and, over the four years he’s been visiting her chat room, their relationship has become something more than just sexual. So when he invites her to visit him in Australia, she obliges.

Alice is happily married and while she treasures her friendship with Tom and is open to polyamory, you can tell she’s not feeling romantic or sexual chemistry with him. On the other hand, Tom is in love and thinks they’re in a relationship.

Once she arrives to Australia, it’s evident the computer screen was a major buffer. Alice feels she must be in her cam-girl persona the entire time she is with him, which takes its toll on her, and they never shake off the awkwardness and get into a comfortable rhythm.

But there’s a happy ending: After they say good bye at the airport, Tom tells the camera he has come to a realization: This was a pseudo-relationship and it’s no longer enough. He wants more. A real girlfriend. And now he knows he is worthy of one and is confident there is someone out there for him. A true happy ending.

Tom was lucky because he had his fantasy interrupted by Alice’s IRL visit to Australia and it made him realize he could aspire to more.

I think it would be a wonderful gift to society if these VR game manufacturers could create a self-esteem campaign that helps otakus realize they can live a life beyond the computer screen.

I have not been able to find information on how many people think they are not worthy of a relationship but from what I’ve read it’s rooted in low self-esteem.
And you likely won’t because of the common response of dumping on and attacking men who make the slightest attempt at expressing their troubles. Its become quite profitable to just insult men as being entitled woman haters that think they are owed sex instead of making some attempt at listening to them and actually helping them.

There is a very informative article on Psychology Today’s website entitled, “Cold People: What Makes Them That Way? Part 2”. by Dr. Leon Sletzor. It describes the events that lead to the avoidant attachment style. We learned to function in an environment where our needs and emotions were discouraged and shamed. If we didn’t want to risk our only access to food, clothing and shelter as children, we were required to “stuff” our other needs, including love, safety and belonging. Essentially our only way to survive, was to accept that we didn’t matter and were on our own. That environment… Read more »

Thanks for suggesting the article. I just read part 1 & 2. It’s quite depressing because I know so many people like that 🙁

All fine and dandy.
However, realizing for yourself that you deserve to be in a relationship (whatever that means and however many ways that phrase might be misinterpreted for anyone so inclined), doesn’t change the fact that there still needs to be someone else out there to judge you worthy of being in a relationship with them.

Yes, 100%! There has to be someone out there who judges you to be worthy of being in a relationship. Call me a romantic but I think there is someone for everyone. Don’t you? 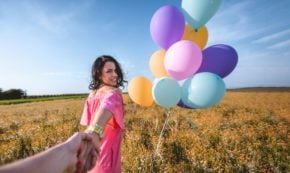 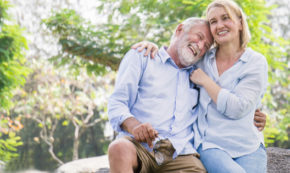 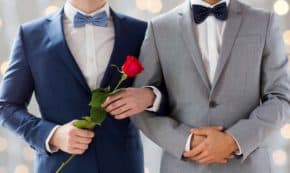 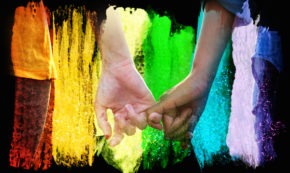 Facebook56TweetPinEmailShares56
wpDiscuz
5
0
Would love your thoughts, please comment.x
()
x
| Reply
Share this ArticleLike this article? Email it to a friend!
Email sent!