We’re not buying into the excuses anymore, Darling. Dating after 40 is not the hopeless nightmare you’ve led yourself to believe. It’s time to jump back in!

After being out of the dating game for 15 years, I found myself single at 45. Once I got over the shock and awe of being back in the dating pool, I talked to friends about what it was like to date online.

Oh, the stories I heard.

A few people had beautiful anecdotes to share about finding their soulmate online. My twin sister ended up marrying the first man that she went on a date with, and they are so blindingly happy that sometimes it hurts to look at them.

More often, though, there were tales of extraordinarily dehumanizing behavior that were heartbreaking to hear. One of my friends found who she thought was her perfect man, only to discover six months later that he lied about his name and age, and was married to a woman who was about to have his child.

Another friend told me that half of the men she chatted with would eventually ask her to send them naked photos or Skype in the nude.

This was a little disheartening to hear.

The really interesting thing about all of these narratives, is they came from people who consider themselves to be conscious singles. Many of them used niche dating sites for people who are green, spiritual, or want to experience relationships on a deeper level.

It was a bit of a shocker to me that there would be such an abundance of bad behavior on these types of dating sites. My friends unanimously chalked it up to one thing: all the good ones our age are already taken.

I decided to take the plunge anyway, and three years later, I completely disagree with them. The majority of my experiences with online dating have been overwhelminglypositive. I’ve only had a handful of negative experiences, and in all honestly, I kind of saw them coming, but chose to ignore the warning signs.

Usually my reasons for ignoring those signs were really superficial. In one situation I thought to myself, “Well, this guy may be a little crazy, but he is a dead ringer for John Cusack.” Big error in judgment on my part.

I’ve met some really fantastic men, and I feel blessed to have made a few long term friends out of it. I haven’t found “The One” yet, but in all honesty, I haven’t been looking very hard.

So why have so many of my friends had such a different experience than I have? We are all over 40, relatively attractive, and honest in our profiles. What’s going on here?

I think we attract our expectations.

When I decided to date online, I did so with intention. I didn’t go into it looking for any specific “type,” but I did have a clear cut idea of what I wanted. I intended to attract men who were kind, interesting, genuinely liked and respected women, and were honest.That’s all I asked for, and that’s what I got.

I also decided not to buy into the myths and stereotypes about dating over 40, and I’m grateful that I did. My experience debunked quite a few of them.

Here are a few beliefs that might be keeping you from a good online dating experience.

All the good ones my age are taken.

I’ve heard this from both men and women. Men think that women are jaded, bitter, and angry at our age, and women think that men only want one thing. Both generalizations are not true.

There are over 20 million men and women in the U.S. who date online. Please don’t tell me that there aren’t any good ones out there. I’ve met quite a few of them locally. There are plenty of beautiful people out there looking for love.

The dating pool is thin after 40.

Guess what folks; according to the Bureau of Labor Statistics, 50% of the population over 40 is single, with 49% female and 51% male. It’s less likely that the dating pool is thin due to a lack of single people, and more likely that people stop dating because of the discouraging (albeit false) statistics that there is no one to date.

My list of “must haves” is non-negotiable. Anything less is settling.

When discussing this with my friends, their “must have” lists have quite a few superficial qualities on them. They require that their dates have certain body types, incomes, hair colors and lengths, and careers.

My friend who keeps finding men that want naked pictures of her is the biggest culprit with this. At least half of the qualities that are important to her are physical. When I pointed this out one day, she was a bit surprised that she’d put so much focus on that. No wonder she keeps attracting men who are the same way!

Hold the intention that the Universe bring people into your life who will support your growth and happiness, and that they show up for the best and highest good. Isn’t that really all you need?

“Dating After 40: Debunking the Myths” was originally published at MeetMindful. Reprinted with permission.

About the author: Barbara Buck is a Foundational Reconnective Healing Practitioner, writer, and teacher. She also is the facilitator for the Happy Empath community atwww.thehappyempath.com, a website that supports and empowers people who consider themselves highly sensitive. For more information, please visit her website atBarbaraBuck.com. You can also check her out on the Happy Empaths Twitter feed @the_empath.

MeetMindful is revolutionizing the way we meet and date online, inspiring people to make meaningful connections every day. MeetMindful is not only a dating app, but a meeting ground for people who want to live their happiest, healthiest lives—and connect with others who feel the same.

Maybe you’re looking for a partner who shares your core values and is looking for love. Maybe you’re interested in meeting more like-minded friends to grab a beer with on a Saturday afternoon. The bottom line? You’re looking for people who “get” you. Welcome to your new community! Visit our website to learn more and sign up, and follow us on Facebook and Instagram!

I think you hit it dead on when speaking about intention. Setting the intention and then taking an observer standpoint to look at the intention your setting to make sure it is what you really want. Be clear. 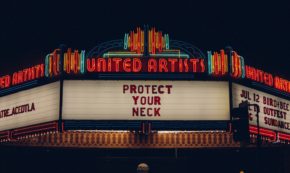 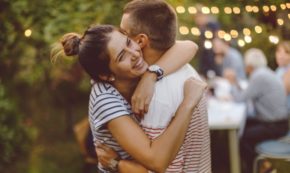 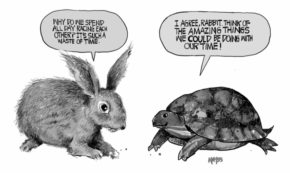 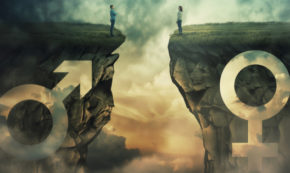 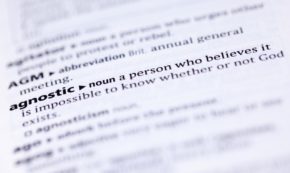 Facebook103TweetPinEmailShares103
wpDiscuz
Share this ArticleLike this article? Email it to a friend!
Email sent!