Get Daily Email
Join/Login CLOSE
Home / Sex & Relationships / Is Limerence Making It Hard To Get Over Your Ex? 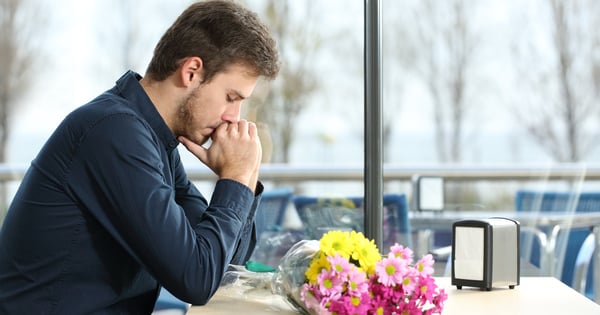 Dr. Dorothy Tennov first used the word Limerence to describe people who were madly in love but had only known their so-called limerent object for a short period of time.

In her research, she noted that some people would describe the relationship in extremely romantic-sounding ways such as, “I’ve never felt this way before,” and would use words to describe this young relationship as “magical, spiritual, or meant to be.”

Relationships that we can classify as being a Limerence love are often too new to have much of history, yet many people experiencing the intensity of such a connection claim that they would be willing to die for each other.

People experiencing Limerence are often preoccupied with thoughts of this person and are able to rationalize that even the flaws that this person has are a contributing factor to her/his perfection.

With such a powerful pull, it’s easy to see why people often leave marriage to be with their limerent object. People sometimes will even give up a successful career or their relationship with their own children. Being dumped when you are still experiencing Limerence but the other person is not will often cause panic, desperation, and depression where you feel that you have lost the love of your life and will never be happy again unless you get your ex back.

What About Limerence Has Such A Powerful Pull?

Though we don’t really even know all of the chemicals that contribute to Limerence, we do know that dopamine appears to be one of the main ones produced and seems to have the strongest influence.

As human beings, we are already dopamine addicts. When we scratch an itch, the regions of our brain comprising the “reward system” increase the production of dopamine. It’s like getting a shot of dopamine straight into our bloodstream from within. We bite into a sugary snack, we get another shot of dopamine, which is called the “feel-good” chemical.

So we are already conditioned to obey the system of reward in our brain that literally programs us to obey. If you’ve tried to stay away from chocolate chip cookies or fight to scratch that itch, you know its power and influence.

So we move from cookies and itches to people. Visually, we see someone before us who is attractive and we get a boost in dopamine. She smiles, we talk, and the dopamine keeps coming. A whiff of perfume, a brush of the hand, and we are riding the highs of dopamine that chocolate chips and mosquito bites just can’t touch.

There are a connection and good conversation and now we are adding a layer of depth to justify our craving for that sweet chemical fix.

Don’t get me wrong, I’m not saying that Limerence is a bad thing on its own. I think it’s a great thing. Two single people who are ready for a relationship should wallow in it. At the same time, it would be helpful if each person knew what was going on and that, while it’s a good thing, that there’s more to love and that the intense feelings of Limerence will fade. That’s for sure.

Just like other chemical highs, eventually, the dosage has to be increased in order for you to feel the same high as before. You feel you have to consume this person, explore this person to the inner-earth of their souls, and experience every waking minute with them. Eventually, even the highest dose isn’t enough to duplicate the previous highs.

Then one day you realize that you haven’t played video games with the guys or swung a golf club in months. That would be fun. You even miss it. What is happening? You are developing a tolerance to this dopamine recipe. It doesn’t mean you are developing a tolerance to all rewards that your brain might give you – you’ll still love to scratch that itch – but this one, as it relates to her has lost some of its power.

Now that you know her better and have shared experiences with her, some of that newness wears off. The desire to explore and to solve the mystery is considerably less. The novelty is gone and therefore the dopamine production isn’t reaching the same levels as before.

That’s a turning point for the relationship. At this point, if companionship, commitment, and a feeling of family exist from the ashes of Limerence, you’re in good shape. You will each rediscover friends and hobbies but that will be okay because you both know that you love each other. Your career becomes important again and she wants to have lunch with some of her friends that she hasn’t spoken to much lately. No problem, you’ll see each other this weekend. The bed seems a little less lonely even though you are alone. Or if you are living together, you might find yourself sneaking into a room to have a cup of coffee by yourself for a few minutes. But if more mature forms of love are there, you two might just have forever as a possibility.

If you are married and you fell into Limerence with someone else, this is when you realize what you almost gave up (or maybe you did). Your wife and children. Your reputation. Those seem to shine and sparkle once again. Hopefully, you haven’t lost them completely.

Whereas we all are already dopamine addicts, some people are predisposed or more likely to become what is known as a Limerence Addict. A Limerence Addict will bail on a relationship once the Limerence period ends. They crave that intense high and the fireworks that can’t last forever at such an intense level with just one person. This type of person seems to be in a relationship for a few months or maybe all the way to a year or two but then says that they “fell out of love,” or that the “spark is gone.” He might say, “I love her, but I’m not in love with her.”

With each new relationship, the Limerence Addict convinces himself or herself, and anyone else who will listen that they have “never felt this way before.” But they have many times. And if they don’t learn what is going on and start to expect the highs to naturally diminish, they will continue to chase shallow relationships and leave the ones that were just starting to develop a deeper and more mature love.

It’s important to know yourself. I’m not trying to discourage you from enjoying and feeling Limerence. I am, however, hoping to show you that it is chemically influenced and that it will fade, but that doesn’t mean that your relationship should end. Limerence can flare up again here and there with new experiences and new phases of life, but anchor down to what Limerence is intended to do and that is to bring two people together who otherwise would have no motivation to get together. If someone is a stranger, why would you want to get together with them for dinner? It’s the desire to uncover the mystery of this person and to reveal the mystery of yourself to them. After they pass the initial eye test that we all have if we are being honest, Limerence drives you to know as much about this person as possible. You want to rip their clothes off, not just physically – though that is certainly part of it – but emotionally as well.

Once you have that treasured intimacy with another person that Limerence guided you to, it’s every bit as wonderful as Limerence was itself. You just have to know how to recognize it.

This content is brought to you by Lee Wilson.

Lee Wilson is a relationship expert and coach who helps people get an ex back after a breakup or save a marriage headed for divorce. 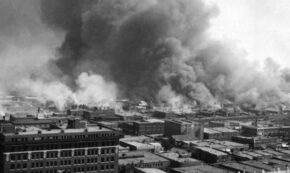