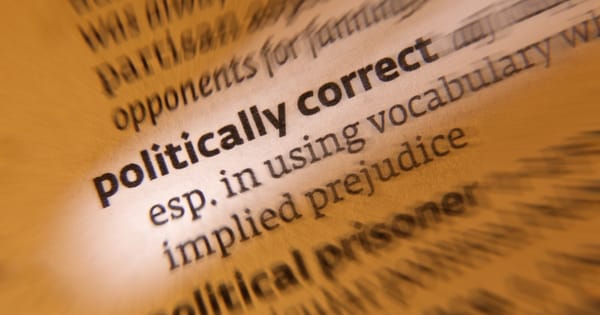 In a lecture at the Heartland Festival last year, the Slovenian social philosopher Slavoj Zizek pointed out that proponents of political correctness (PC) often do not bring poor and working-class white people under their mantle of protection. While many decry PC for going too far in the context of gender, race, sexuality, etc., in the context of social class, it does not go far enough.

A lack of class consciousness was a major feature of American culture from the beginning. French historian Alexis de Tocqueville, writing in the 19th century, famously noted the prominence of the American value of equality while identifying historical explanations for this, such as the lack of an American royal family or peasantry.

Then there is the far more recent observation, attributed to Ronald Wright that “… the poor see themselves not as an exploited proletariat but as temporarily embarrassed millionaires.” In other words, the underclass does not identify as such in the United States; therefore, there is (perceived) equality between rich and poor. The Horatio Alger myth is near-gospel. Hence, socialism has long been considered a dirty word despite the popularity of socialist policies, such as Social Security and Medicare.

It is an indication of the cultural power of perceived equality that even the American left does not draw a line between rich whites and poor whites the way it does between whites and people of color, men and women, hetero-normative and queer folks, and so on. Speaking for myself, I have never been labeled — at least not in any discernible way — as lower-middle class (which I am at best) or economically insecure (which I have been at times), even though there has often been a noticeable gap between my family’s financial and education attainment and that of the people I choose to associate with in the personal, professional, and political (organizing) realm.

It is partly due to this background that I am a critic of PC because, although I agree with most of the goals of so-called ‘social justice warriors’ (SJWs), their tactics simply do not appeal to the under-educated and under-employed (or the over-employed-but-under-paid) masses.

I started discussing this problem more than 10 years ago with my peers, who at the time were radical college students (SJW-types) like me. We asked ourselves: how do we appeal to those who may share our goals but not our language? Is it fair, for example, to label a working-class white man a racist for using the phrase “colored people” out of ignorance rather than malice? Also, how do we educate him without coming off as condescending and thus alienating him further?

Unlike many of my peers, I did not regard these questions as academic: I wanted to know how to appeal to my family members, many of whom still do not use or recognize the terms “people of color,” “LGBTQ+,” “intersectionality,” and so on. My father once (erroneously in my opinion) referred to Malcolm X as “racist” (against whites) because he had not learned enough about anti-black oppression to understand that Malcolm’s rhetoric was designed to incite emancipatory consciousness and not racial hatred for its own sake. It took only a few minutes of constructive, respectful dialogue to convince my father to rethink his position whereas a knee-jerk reaction with the intent of upholding politically correct modes of discourse would have been counterproductive and distancing.

The same approach could be taken to someone making a racist or a sexist joke as opposed to shaming the person for it. One could ask questions with the intention of identifying the attitudes lurking behind the attempt at humor. Jokes, after all, do not always represent where an individual stands on a complex issue and can easily be misinterpreted.

A truly progressive approach to social change is one that meets people where they are and not where they are expected to be. This was my thinking around calling for Democrats and their supporters to appeal to white men as an identity group if they hope to ensure sweeping electoral victories in 2020.

A complementary approach should be taken with poor and working-class people — for the benefit of all.