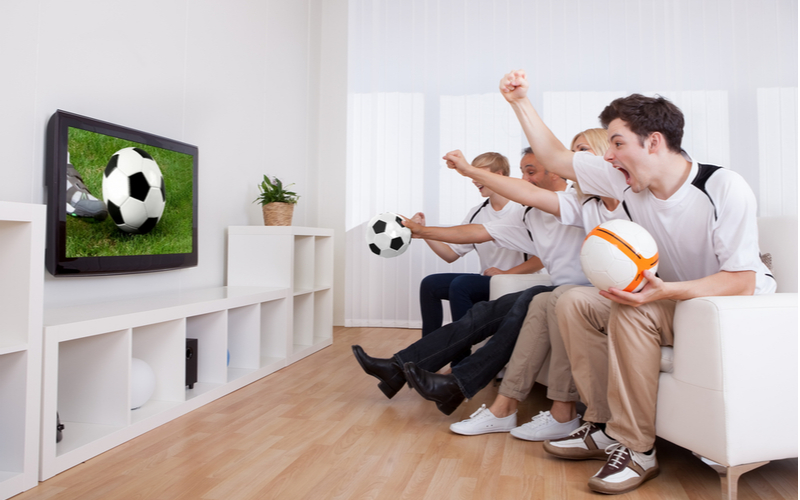 Every industry in the world evolves through time and that has certainly been the case where top-class sport is concerned.

Each of the teams within a league structure operates its own individual business model, but it is the collective set-up that generates the biggest income.

Most major leagues are heavily reliant on broadcast revenues to survive, with studies showing that global sports media rights are currently worth in the region of $50 billion.

However, many experts have argued that the sports business models in the 21st century are unsustainable and will eventually come crashing down.

Read on as we look at some of the ways the sports industry may change over the next few years as it strives to stay ahead of the game.

Major sports teams are currently heavily reliant on third-party broadcasters for the bulk of their annual revenues.

For instance, according to Deloitte, money from broadcast deals accounts for 44% of total revenue for Europe’s biggest sports teams.

However, with consumers now having more ways to access sports content than was previously the case, the established broadcasters could find it increasingly tough to compete.

This could have a knock-on effect on their ability to buy sports rights and may eventually result in sports teams increasing their in-house offering.

By linking up with smaller digital providers and grabbing greater control over their own output, teams could ensure that their revenue streams remain intact for years to come.

Many organizations in the sports industry have used third party agencies for advertising and marketing purposes, but those firms will now also need to adapt over the coming years.

One of the biggest challenges they face is maintaining the revenue levels they have become accustomed to, with a rising number of firms in the sector shifting more of their operations in-house.

Successful agencies have moved to a ‘project-based’ approach where they formulate the advertising and marketing plan for a client, before passing it over to the in-house team to be executed.

However, one advantage agencies still retain in the current marketplace is their ability to offer insights into audience habits across a much wider cross-section of consumers.

Focusing on this element as a key selling point will give sports marketing agencies a greater chance of retaining existing clients and attracting new ones in the future.

Many franchises in the top North American leagues have already seen the benefit of linking up with the burgeoning eSports industry.

For instance, numerous NBA clubs have a stake in the eSports equivalent NBA 2K League, effectively giving them access to a whole new generation of potential fans.

NASCAR has also made huge inroads into the industry, with its Pro Invitational iRacing Series attracting nearly one million viewers on television.

The popularity of the FIFA series of games will not have gone unnoticed in soccer circles and it is highly likely that there will be some major partnerships formed in the future.

The days where eSports were seen as niche activity for geeky teenagers is long gone and it would be a major error for any traditional sports organization to ignore the possibilities it presents.

The decision by the US Supreme Court to lift the federal ban on sports betting in 2018 opens up a wealth of possibilities for clubs.

New Jersey and Pennsylvania are amongst the states that have embraced the ruling and they are already reaping the financial benefits.

Many more regions are expected to follow suit and this will generate a big demand for data and analytics – a factor that opens up a wealth of possibilities for sports organizations.

Clubs will be able to sell their official data to bookmakers, while there is likely to be an increasing amount of sponsorship link-ups between the two sectors.

This type of partnership will create better experiences for fans, whether they are watching the games at the stadium or from the comfort of their own home.

The sports industry is undoubtedly faced with huge challenges that require businesses within the sector to evolve their operations on an ongoing basis.

The landscape is shifting at a rapid rate and any organizations that fail to embrace the changes in culture clearly run the risk of being left behind by the competition.