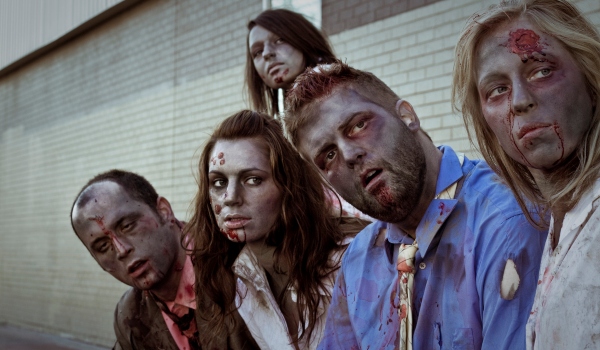 Barack Obama’s shutting down of the government is the most self-destructive thing to happen since Poland attacked Nazi Germany in 1939.

Oh wait! It was Germany that attacked Poland, wasn’t it?

Yes, but Adolf Hitler, the chancellor of Germany, said that Poland was the one that did the attacking and millions of Germans believed him. World War II followed.

The tea partiers, you see, form a small but resolute band of absolutists who view Obama as the anti-Christ and will go to any length — up to and including destroying the economy — to kill off his signal achievement, a national program that will expand health insurance coverage to millions of Americans who need it.

There are a number of reasons why they have influence so out of proportion to their numbers, but foremost among them is the cowardice of their more moderate Republican colleagues. Those people — some of them reasonable, some even smart — live in fear that they’ll cast a vote that offends the crazy wing of their party. That could mean facing a tea party opponent in their next primary.

We’re not talking profiles in courage. It’s tough to get a profile of someone who’s in a fetal position most of the time.

None of this has stopped Republicans from claiming black is white, up is down, and that the shutdown is Obama’s fault. They have been joined in this fiction by the Right Wing claque that works for Rupert Murdoch at Fox News.

Remember when maverick politicians like George Wallace used to tell us that there wasn’t a “dime’s worth of difference between the Republicans and Democrats?” Boy, those were the good old days.

Even if we manage to squeeze through this shutdown by cobbling together some sort of unpalatable compromise, like passing a budget that will expire in six weeks, we’ll still find ourselves up against the debt-ceiling limit by mid-October.

If you like the shutdown, you’ll love the failure to raise the debt ceiling, when not only the government but the world’s economy could come crashing down on our heads.

This prospect bothers the tea party faithful not at all.

Rand Paul, the Kentucky senator, says that all Obama would have to do if the ceiling isn’t raised and the government runs out of money is to promise our creditors that our debts will be paid eventually and everything would be all right.

And Rep. Steve King, Iowa’s answer to Michele Bachmann, claims that a default on our debt wouldn’t be a big problem because “we have plenty of money coming in.”

So I’m asking why any rational, reasonable voter, whether conservative or not, should ever vote for a Republican candidate for the House. No matter what your candidate says, when push comes to shove he or she will follow the likes of Paul and King to the letter, not to mention the zany gentleman from Texas, Ted Cruz.

We’re experiencing The Attack of the Zombie Lawmakers.

There are two ways out of this mess. The short-term way is for Republican legislators who retain some sense of reality to assert their independence from tea party militants. If that means taking on nutty primary opponents, so be it. I don’t expect this to happen.

In the long term, we as a nation simply have to begin to vote the rascals out of office until there aren’t enough of them left to make a circle, let alone a fist.

They’re asking for it.