In 1987, Bill Elliott set the track record at Daytona International Speedway with an unrestricted average speed of 210.364 miles per hour. Twelve years after Elliott’s qualifying run, I would take my first and only trip around the 2.5-mile tri-oval at Daytona Beach as a passenger, still searching for that elusive “speed trip.”

Inside the Earnhardt-replica stock car that would take me on my much-anticipated trip around Daytona International Speedway, the driver looked as though he’d been poured into the seat. He was overweight, and aside from his moustache, he didn’t resemble Dale Earnhardt at all. But he played up the surly “Intimidator” persona that had come to define Earnhardt’s legacy, shooting mean looks at every tourist that walked by.

When a girl about my age climbed out of the passenger side of the car and ran around to the driver’s side to thank him, he leaned out the window and spit at her feet. She didn’t seem to care. In fact, her grin and her frantic hand gestures suggested that she liked being spit at, as though it somehow made the experience more authentic. She ran over to her parents, talking excitedly, and the crew member who had helped her from the car, turned and showed me how to climb through the shotgun window and slide down into the tight bucket seat. He reached in and clamped the five-strap starburst safety harness across the front of my lap, tethering me to the seat. He shook my hand and wished me good luck before pulling the window netting over the passenger side.

The interior of the car looked skeletal. Strange padded pipes jutted out at funny angles. Large round gauges stared up from the cockpit dash. The windshield looked greasy.

“Hey,” I said to the driver, lifting my voice above the steady grumble of the engine. “What’s up?”

He looked over at me, and I saw my face reflected in his the mirrored sunshade.

“Shit,” he said, pursing his lips and shaking his head a little. “The sixteen-year-olds are looking younger every year.”

Then he grabbed the shifter and mashed the gas. We rocketed down pit road and hit the edge of the track surface at what must have been over a hundred miles an hour, the car flipping up on its side as we connected with the banking, and then we were off into turn one. I was pressed tightly to the seat. The acceleration was unlike anything I had ever experienced, even the wildest rollercoaster, and my body immediately responded. My chest tightened. My pulse quickened. Every nerve fluttered at the sensation of speed. Hot, heavy air blew in through the windows. It was like sucking on the business end of a blow-dryer, and I remember thinking, How could anyone breathe that in for two-hundred laps? The interior of the car was sweltering—like climbing into a car that had been parked in the sun on a summer day—and it was loud. Sweat dripped down the lining of my helmet. It wobbled on my head. We dove hard into each turn, and then the driver let the car climb the bank. From my spot behind the windshield, I couldn’t see the top edge of the track wall—it looked as though we were driving up into the sky. The racetrack was so large that I got lost on it—I had no sense of where we were, where we had started and where we were going—until we hit the famous bump coming out of turn four where the track levels from thirty-one degrees to eighteen, and I felt the shocks dip. I had heard the announcers on television talk about that idiosyncratic quirk of the track and had now felt it for myself. The front stretch looked so smooth; it shimmered like a long line of black velvet ribbon, but inside the car it felt rough, like driving over a giant cheese-grater. The car shimmied and bounced. And the driver edged us closer and closer to the wall—for my benefit, I knew—until we were about a foot from the concrete. I looked out the window at the dizzying display of white, and then a dark smudge blinked by. It wasn’t until the next lap that I realized the indecipherable smudge was the word “Daytona,” which was spelled out across the side of the track wall in ten-foot wide letters.

When we pulled down pit row after a half dozen laps, and parked, I turned to the driver and thanked him. Still in character, he didn’t say anything. So I unclipped the harness the way the crew member had taught me, and I climbed from the car.

I still have the picture taken of me by the track photographer as I sat inside the cockpit. It hangs in my old bedroom at my parents’ house. I’m wearing aviator sunglasses and that too-large helmet, and I look like a goofy kid. My chin has pimples on it. And, though I rarely ever smiled for pictures back then, my grin is broad. The caption reads: “This is to certify that Jason Kapcala experienced the high banks at the World Center of Racing Daytona International Speedway at a speed of 170 mph.” My mother also videotaped my ride from the pit wall, and on the tape you can see me clambering from the car, my long legs seeking purchase on the asphalt. I can’t stop smiling, and just before I pass in front of the windshield, I let my hand dangle and brush the glossy hood of the car. I remember doing it, remember feeling like I had to know what the car felt like on the outside.

I don’t watch racing anymore. The cars are so dependent on aerodynamics now that they can’t easily pass one another. Technology and engineering, those great enablers, have actually made it harder to compete, and, on television, even at two-hundred miles per hour, the cars look like they’re running in a parade. It’s a trick of the camera and distance and perspective. The same holds true for the home video of my laps around Daytona. It’s anti-climactic. The car looks small against the backdrop of the track, and it looks like we were creeping along. The film doesn’t reflect my experience. It’s foreign to me—contradicts anything I felt while I was in the car, everything I know to be true about that day. In the camera’s eye, the ride is smooth, gentle, and only ever remarkable when my mother zooms in on the flag stand above the start-finish line. At that increased magnification, the car is a black blur when it flashes before the lens.

Beyond that, my memory is the only proof I have that I ever moved that fast.

Tune back in next week for “My First Date,” the final essay in this three part series on speed.

Read more on Men and Machines on The Good Life.

Jason Kapcala lives in northern West Virginia along the Monongahela River where he continues to find inspiration in nature and in the frozen industry of Appalachia. His work has appeared in journals like Blueline, Santa Clara Review, The Summerset Review, and Yale Anglers’ Journal, and he runs a community program for nontraditional writing students living in the Morgantown area. To see more of his work, check out www.jasonkapcala.weebly.com. 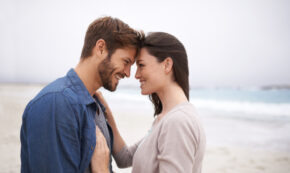 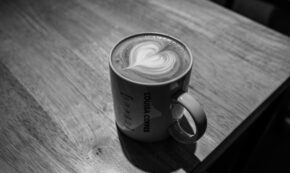 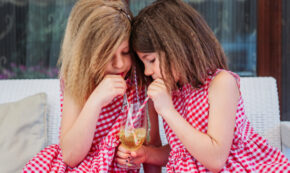