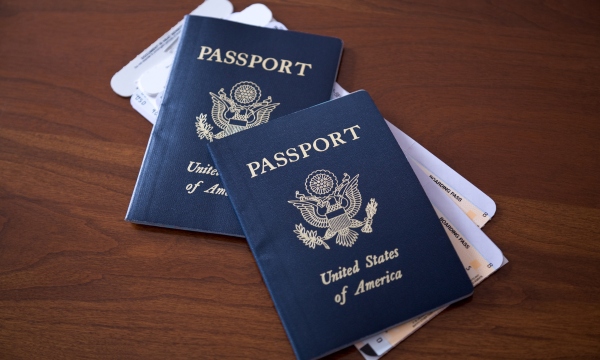 Immigrants in Italy represent less than 10 percent of the country’s population, but 34 percent of its people in prison. When taking a closer look at the immigrant prison population, it becomes apparent that the over-representation is attributed to irregular immigrants lacking legal work status.

In fact, regular immigrants – those who have been granted a legal work permit – exhibit crime rates in line with those of the native population (Ministry of Interior, 2007).

Identifying the effect that legal work status has on immigrant outcomes is critical to understanding the current debate on the relationship between migration and crime (see Bell and Machin, 2013, for a recent survey). By comparing the outcomes of immigrants who were randomly assigned legal work permits in Italy, I show that a lack of legal access to the official labor market increases the likelihood that immigrants will engage in criminal activity:

It may be the case that restrictive migration policies, such as very limited work permit quotas, can lead to large groups of unemployed immigrants that are more likely to commit crimes as they have no better alternatives.

From an economic perspective, legal status grants better access to income opportunities in the official labor market. This increases the opportunity cost of engaging in criminal activity and decreases the likelihood that an individual might participate in the underground economy. However, it is difficult to separate the causal effect legal status has on crime rates from compositional effects driven by the endogenous selection of different types of immigrants into legal status.

Compared to the regular immigrant population, irregular immigrants are disproportionally young, single males, with less education and fewer skills – demographic characteristics that are correlated to higher rates of criminal behavior. Since these characteristics are typically associated with a higher rate of criminal activity, it remains unclear how differences in crime rates reflect causal vs. compositional effects.

The ideal way to identify causal vs. compositional effects would be to conduct an experiment by randomly distributing legal status to individual immigrants and then compare the outcomes between groups. Italian immigration policy happens to approximate this ideal experiment. The national government establishes quotas of permits available each year by country of origin, province of destination, and type of permit. There are currently two types of permits – one for individuals employed by families as housekeepers and another for individuals employed by firms.

Prospective employers must sponsor permit applications, and they typically sponsor irregular immigrants that they are already (unofficially) employing. The Italian application process is unique in that sponsors must apply for workers’ permits through the Internet starting at 8:00 a.m. of given “Click Days” throughout the year. During these one-day open application periods, requests are processed on a first-come-first-served basis until the permit quota has been reached. A few minutes (or seconds) of delay in sending the application can make the difference for whether the application is accepted or not.

For example, Figure 1 plots the number of applications received over time and their probability of acceptance on Click Days in 2007 for family-sponsored housekeepers in Milan (left graph) and firm-sponsored employees in Naples (right graph). Sponsors try to send their applications as quickly as possible – the greatest majority of applications were received before 9:00 a.m. However, quotas were exhausted much earlier – at 8:27 a.m. in Milan and at 8:11 a.m. in Naples. All applications that were received after the cutoff were rejected. Applications received on time were accepted provided there were no other reasons for rejection, such as incomplete or fraudulent information.

Figure 1: timing of the application and probability of obtaining legal status (examples)

The Connection Between Legal Status and Crime Rates

In a recent paper (Pinotti, 2017), I matched the applications submitted on Click Days in 2007 – 610,000 in total, of which 170,000 were accepted – with all individuals that committed at least one serious crime in the year before or after Click Days. Serious crimes are defined as robbery, theft, drug trafficking, smuggling, extortion, kidnapping, murder, and rape.

I compared the change in crime rates for males whose application was received before or after the exhaustion of quotas. The study is restricted to males since the crime rate of females is always very close to zero. When looking at just the applications received within a few minutes (or seconds) around the cutoff, sponsored workers are (on average) identical in terms of observable characteristics including age, country of origin, province of destination, and most importantly, crime rates. Immigrants commit serious crimes at a rate of one percent in the period prior to Click Days.

In the year after Click Days, the crime rate remains the same for individuals whose applications were rejected because it was received immediately after the cutoff. Alternatively, the crime rate decreases 0.7 percent for individuals whose applications were received immediately before the cutoff. Since the two groups are similar in all individual characteristics except legal status, the difference in crime rates observed after Click Days can be attributed to the effect of having been granted legal access to the labor market. When dividing the change in crime rates by the change in the probability of obtaining a residence permit at the cutoff, the average effect across those that were granted legal status increases up to 0.6 percentage points.

Figure 2: timing of the application and crime rate in the year before and after Click Days

However, measuring only the average effect on the whole population masks the fact that the main driver of the reduction in crime rates is determined mostly by immigrants who are sponsored by families for housekeeping services. They exhibit a very high propensity to commit crimes before Click Days (1.8 percent), which drops substantially after obtaining legal status (-1.3 percentage points); see the left graphs in Figure 2. By contrast, the crime rate of firm-sponsored immigrants is much lower before Click Days (0.6 percent), and it does not change significantly depending on whether the application was received before or after the cutoff.

To explain these differences, I explored the data on sponsor employers and immigrant workers in greater detail. This analysis reveals several anomalies in the applications for housekeeping services. According to representative survey data, the fraction of males employed as housekeepers among irregular immigrants remains at 2.5 percent, but it reaches 46 percent among Click Day applicants. In addition, the sponsor employer and the sponsored worker(s) share the same nationality in 38 percent of cases, the same city of birth in 32 percent of cases, and the same surname in 21 percent of cases. This evidence suggests that a large fraction of males sponsored for housekeeping services are actually unemployed individuals disguised as housekeepers through fraudulent applications by friends or family members.

The opportunity cost of committing crimes is very low for the unemployed, which explains why this group’s crime rate before Click Days is particularly high. The results show that these individuals are also very responsive to legalization. Although most of them do not have a real job offer in the official labor market, their crime rate decreases considerably when they obtain legal status. This last finding suggests that even the simple opportunity to start searching for a legal job leads to a dramatic reduction in the propensity to engage in crime.

By contrast, firm-sponsored applications are generally backed by real job offers, as fraudulent applications are both more risky and more costly for firms. For this reason, firms typically sponsor immigrant workers that are already unofficially working for them. These workers face a higher opportunity cost of engaging in crime, both before and after Click Days. This explanation explains their lower overall crime rate and is supported by the evidence in the right graphs of Figure 2.

he results of my analysis show that a lack of legal access to the official labor market increases the risk that immigrants turn to crime. This finding suggests that excessively low migration quotas may be problematic in the absence of adequate enforcement, as they lead to the creation of large pools of irregular immigrants.

The evidence shows that such risks are exacerbated when irregular immigrants have poor employment opportunities – or, more generally, a low opportunity cost of committing crimes. For this reason, policies that are “tough-on-immigrants” are particularly problematic and could be the driving force behind higher immigrant crime rates.

Previously published on microeconomicinsights.org and is republished here under a Creative Commons license.
— 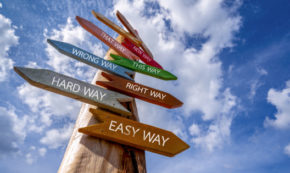 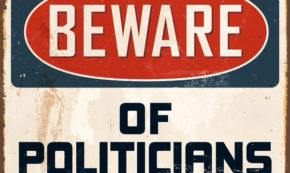 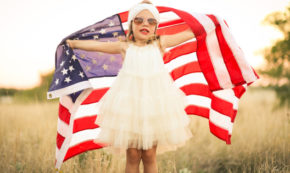 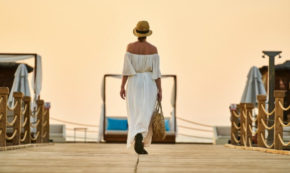 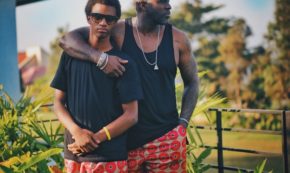